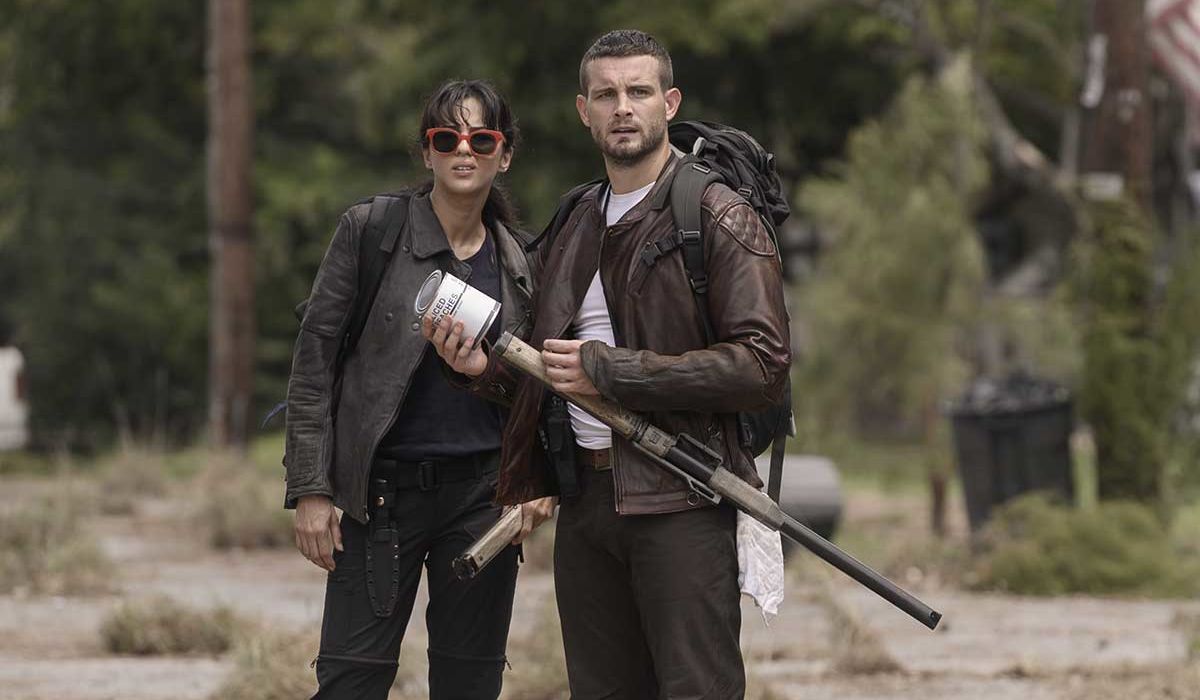 This week’s The Walking Dead: World Beyond opened its second episode, The Blaze of Gory, just moments after the finale of its premiere episode last week. We met our cast of characters and discovered some secrets about their new normal that set them on a path of adventure. Ultimately, they were confronted with the reality of their decision at the beginning of their journey; a zombie, or in this world, an empty.

1. Welcome to the world beyond

The episode opens with Iris fighting that empty from the end of the previous episode, and she struggles. This is a great way to establish baselines for the series so that we have a way to measure character development, and it also reiterates an aspect of Iris’ personality while showing us a little more perspective on that trait.

As Iris is hacking and slashing away at her enemy here, there are scenes of her being trained to fight empties spliced in so that we can clearly see her doing the opposite of what she knows to do. This is extremely relatable if you have ever taken a class or studied a subject, only to find out that practical application still requires practice and experience.

The group behind her also calls out to her quite a bit, telling her they can help and that she doesn’t have to do this alone. This is significant because Iris’ personality in the first episode was built on this cornerstone of feeling like she wasn’t able to help when the sky fell and she has spent her life up to this point doing everything for others. Iris’ biggest flaw is that she is unwilling to accept help when she needs it, and this moment shines a giant spotlight on that.

2. The age of innocence

The cold open ends with what I think is a substantial moment. The crew of four is gathered around the empty that Iris was fighting, now impaled and stuck on a branch. They choose not to kill it, and instead walk off. It seems like a very symbolic moment, because these are young characters that have never been out into the world beyond the walls and this preserves their innocence, even if for just a little bit longer.

There is a similar moment later on, when Hope sneaks out of the treehouse at night to kill the empty that has been following them, only to end up barely knocking it into a ditch with steep walls that it can’t escape from. The group encounters a few empties along the way, but they never actually kill any in the first two episodes. They are still young, and technically innocent, but fortunately the show does give us a few kills by Felix to sink our teeth into.

3. A phoenix rising from the ashes

Felix wasn’t an interesting character to me in the first episode, but the flashbacks and background information we were given in this episode absolutely blew me away. He initially came off as a post apocalyptic police officer with a soft spot for the sisters, but with the revelation of his past and what happened the night the sky fell, he is easily one of the most relevant and complicated characters in modern media.

I think anyone who has ever struggled with their identity can identify with Felix’s struggle to find acceptance and safety. Whether it is being outed by a bigot, or coming to terms with who you are on your own, there is a little bit of Felix in all of us. Although my own struggles have always been finding a friend group, I know the feeling of being cast aside all too well. It was painful to watch him go back home, but it was worth it to see him get the closure he needed and deserved.

For the most part, World Beyond has been better than I expected; the characters haven’t done anything so dumb I want to scream at my TV. Except maybe the bowling ball in this episode. I get that they are resting and trying to unwind, but zombie survival 101 is to make as little noise as possible and slamming a bowling ball into empty crates isn’t exactly silent. And if I am ever stuck in a zombie apocalypse you have to be crazy to think I am going to tote a bowling ball around. It is heavy, bulky, and a terrible weapon.

All that aside, this created some great character and team building moments. I tend to side with Elton personally, and when the ball came to him I could see in his eyes that he really didn’t want anything to do with the activity considering it in no way moves them closer to their goal. But Silas is definitely skittish enough that he never should have got involved and yet he did, and it felt organic, and somehow satisfying when he yelled out “Big Mo!”

5. A generation in fear

Hope and Elton have a great conversation on the bench at the tennis courts about how they are both nihilistic in nature, but they again have different views on that. Hope is hopeless and afraid while Elton is hopeless and at peace. It is a great juxtaposition, and the conversation feels like exactly the types of questions that kids are dealing with in our own world.

To boil it all down, they talk a lot about how they know the end is here, that they are the last generation. The questions are philosophical. Did the dinosaurs know it was the end? There had to be a last generation, but did they know they were the last ones? What would you do if you knew that this was it? All poignant questions for a generation that feels like the end is nigh and climate change will wipe us all out.

The Blaze of Gory is basically a giant fire that everyone suspects is a tire fire, and this is where the group ends up in this episode. There are empties everywhere and once again acting on inexperience they get themselves surrounded. Elton has a plan, but one person has to be bait. In the end Hope leaves while no one is looking to go be the bait. This should prove interesting as the group tries to get better at this survival thing. 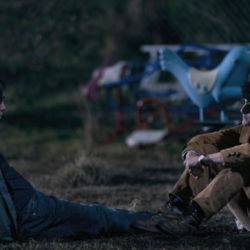 Five Thoughts on The Walking Dead: World Beyond’s “The Sky is a Graveyard”

We are another episode down on the path to the conclusion of this first season of The Walking Dead: World Beyond and this week was an interesting one. This didn’t feel as purely connected to the continuity as the other episodes, but it takes a fun little detour into some more serious character and group […] 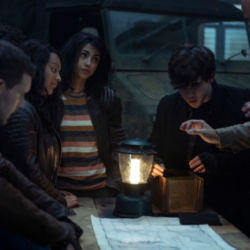 Here we go again, another exciting episode of The Walking Dead: World Beyond. Episode seven is titled ‘Truth or Dare’ and it takes that name from a scene where the group finds some old alcohol and decides to have a relaxing party. The party leads to them playing a game of Truth or Dare that […] 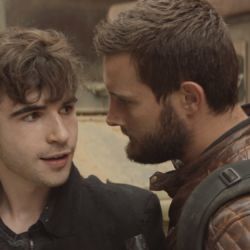 Easily the most different episode of The Walking Dead: World Beyond to date, this is my favorite of the six we have seen so far. I could argue that it is still a little light on Civic Republic details, but ultimately I don’t think that is what this episode was about. Episode six, “Shadow Puppets,” […]