It seems like I waited forever for season 4 of Wynonna Earp and here we are at episode three, “Look at Them Beans” in what seems to be the blink of an eye. The wait has been worth it.

So far, Team Earp seems to have destroyed a wintry Eden that was nothing like Paradise, Eve was sent elsewhere, Nicole and Waverly were separated for eighteen months, three weeks, and four Days, Doc and Wynonna exchanged endearments in their own unique way, and Purgatory acquired a scaffold.

Let’s dig into the five things:

“Look at Them Beans” is a song about death and changes for the next generation. It ends with the lyrics

“Well, I know if papa was here right now he’d sure be pleased
And papa, if you can hear me look at them beans.”

I’m not sure papa would be that proud of the beans that sprouted this episode but it’s definitely a good song for the massive changes in Purgatory and the Ghost River Triangle. First off, Shorty’s is no longer a bar but a health food/smoothie place? Say it isn’t so! But, most of all, Purgatory is under new management aka Cleo, there’s a demon club called Glory Hole (of course there is), and the Black Badge division has put the whole of the triangle under lockdown.

Oh, and Nicole is no longer the Sheriff. It has been a long 18 months for her with only Rachel Valdez for company.

Let it state for the record that Wynonna Earp, season 4, episode 3, “Look at Them Beans” was the directing debut of Melanie Scrofano.

A shout out to @DCFilmgirl for this terrific interview with Scrofano about directing. (Check out her “DirectHer” t-shirt.) Scrofano mentions in this interview that she was “setting up new things” in Purgatory.

Did she ever. New this episode was The Glory Hole, the reimagined Shorty’s, the introduction of the town’s new mayor, Cleo, and the new sheriff. There were also several emotional scenes between Waverly and Nicole, and one lovely scene between Rachel and Wynonna.

Oh, and the scene where Doc walks into the Glory Hole? Perfection. Between this and his arrival in Eden, it’s clear Dr. John Henry Holliday gets the best entrances.3. The Big Monster

In a nice change from the truly, scary zombies, Nedley wasn’t a particularly scary monster, more like a gross but cuddly monster. Naturally, this is just the kind of monster that Wynonna’s “idiots” would be sure to save. It also makes one wonder: are the other monsters also transformed townspeople?

Could I resist using the new demon club’s name as one of the five things? No, I could not, any more than Doc can resist grabbing a drink while running for his life or Rachel can resist calling Holliday “Doctor Mustache.”

The demon owner of the Glory Hole would like to call Doc lots of things too, clearly many of them while engaging in what Doc might call sexual congress. Doc, however, is far more into alcohol than any offers about bloodletting or backdoors, and he makes a deal with the demon to “guard” his trucks and deliver the booze stolen by the monsters.

I have a feeling this deal will have its problems down the line for Doc. Also, I look forward to Wynonna crashing this club, complete with running commentary on its’ name.

5. How Are the New Kids Doing?

Now that Nedley and Mercedes are accounted for, we needed to discover Jeremy’s fate. He’s not exactly new to the show but I think of him as the new kid. And, no, I was not expecting him to be a supervisor of the blockade around the Ghost River Triangle. Jeremy seems like he’s had a bad year and a half too. This makes me sad because Jeremy should never be sad.

Meanwhile, Rachel Valdez is becoming all kinds of endearing. The talk between her and Wynonna that closed the episode was not only full of quips, the best being Rachel calling Wynonna “Jon Snow in a b-cup,” but also heartfelt, as Wynonna thanked Rachel for looking out for Nicole. A couple of seasons ago, Wynonna would have resisted showing any affection, especially to a relative stranger. She’s changed, as have all the characters.

Next up: Nedley teaches everyone how to make good chili. (Well, I hope he does! Purgatory clearly needs better food.) 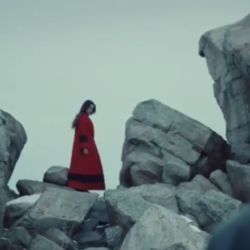 Wynonna Earp, Season 4, episode 5, “Holy War: Part 1” begins a two-part episode that will take us to the halfway point in this season. Hard to believe something that Earpers have waited for so long is going by so fast.Obviously, this will end on a cliffhanger. But the fourth episode from last week also […] 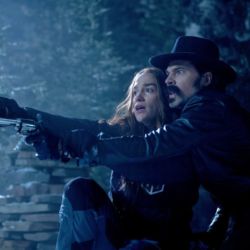 Coming home isn’t always easy, and that’s putting it mildly for the characters in Wynonna Earp, Season 4: Episode 4, “Afraid.” Heck, home isn’t really home with Purgatory suffering from a series demon infestation.Tonight, there are answers to the mastermind behind the worst of the mess. It’s an unexpected but entirely appropriate answer that takes […] 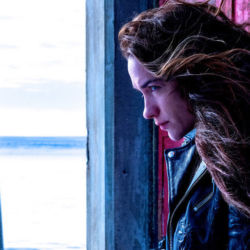 Welcome to Five Things about “Friends in Low Places,” episode 2 of the long-awaited fourth season of Wynonna Earp. This one has our heroes escaping from the prison of Eden, a super-hot WayHaught reunion, and a plot reset. Anything can and will happen from here. (As usual.)1. Friends in Low Places This hit song by […]