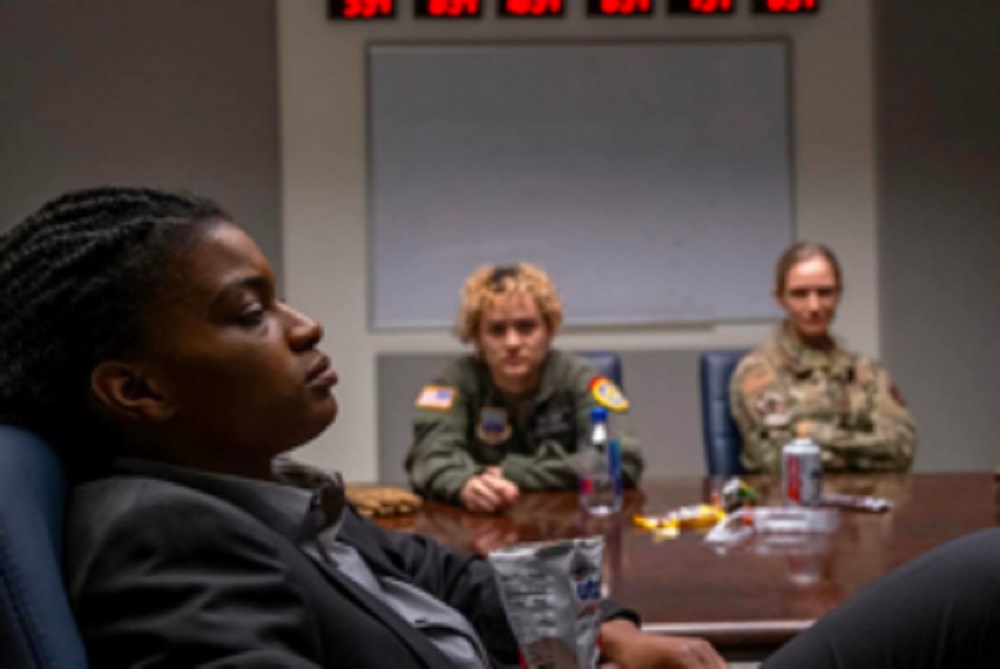 Welcome, one and all, ladies and remaining gentlemen, to our review of FX’s science fiction drama Y The Last Man. In it’s third episode, it becomes the show it was meant to be: a compelling drama of political intrigue and loss, with a stacked cast that delivers striking emotional impact unmitigated by a deliciously wry sense of humor. So put that monkey on a leash, and treat long-awaited career medals with some skepticism, here are five thoughts on Y The Last Man‘s “Neil.”

This is the episode where Y The Last Man finds it’s footing, and it’s foot is political intrigue. The discovery of an old cabinet member, described as a “compete fucking fringe lunatic” who famously claimed “Jesus wasn’t vaccinated” complicates the presidential line of succession. Kim (Amber Tamblyn) will exploit any perceived weakness to push governance to the right, and she will do so with a smile on her face. In holding Jennifer’s hand in sweet solidarity while alluding to knowing the truth about Yorick, she expertly struts the fine line between terrifying and hilarious. The way Jennifer (Diane Lane) and her cabinet dismiss the impending danger of a “complete fucking fringe lunatic” becoming President of the United States elicited an “oof” aloud from me. Too soon, and yet, not soon enough.

Political intrigue’s b-theme is loss. Kim passive aggressively suggests some people have lost more than others, but truly the one who has lost the most this episode is Nora (Marin Ireland). Robbed of her husband, son, and her life’s purpose as an aid to the late former president, Nora struggles to provide for her daughter Mack (Quincy Kirkwood) while suppressing her rage. Even when her rage escapes, it comes out muted, as she bats a vase off a table like a disinterested cat. As Nora and Mack listen to “After the Gold Rush” cut out as the last radio station loses power (more on the significance of that song later), their faces register one more in a long list of precious things they’ve lost.

Unimpressive men who become heroes make up a great deal of Hollywood protagonists, and based on the title you might think Yorick (Ben Schnetzer) fits this bill too, but actually, (see what I did there?) Y The Last Man flips this trope on it’s head. Yorick is more prop than protagonist. While the women surrounding him drive the plot forward, the plot happens to Yorick. He is the object, not the subject. He is the unobtanium that needs to be found and protected. He is the damsel (damso?) in distress. He lashes out at Jennifer and Sarah about important things they’ve yet to prioritize without offering his help. He makes deflecting quips while more important people make tough decisions. He reluctantly agrees to go with Sarah so someone with knowledge and talent can use him to save the future of humanity. Alas, poor Yorick.

4: Sarah The Best Character(s) in All Of Television

Ashley Romans delivers several excellent performances as Sarah, a.k.a. 355. She pretends to be complimented by Kim’s transparent attempts to use her to get to Jennifer. She cunningly sequesters the pilots who know about Yorick, praises and awards them to keep them on her side, and then probably (definitely) murders them. She masterfully convinces Jennifer to do things her way, and only tells her what she needs to know. Her many maneuverings are genuinely delightful to watch; she is an absolute joy on screen. Fittingly, she gets the best line of the episode, when she replies to Yorick explaining his namesake, “They named you after a dead clown?”

A large part of what makes this episode so much stronger than the previous two is that the characters are together now. The dynamics between sweet industrious Jennifer and bitingly passive aggressive Kim, star of poise and confidence Sarah and helplessly unhelpful Yorick, and the bitterly lost mother-daughter duo of Nora and Mack all leap off of the screen and into your cold heart, however jaded it might be by your own real-life apocalypse. 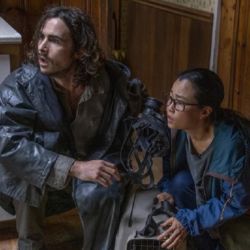 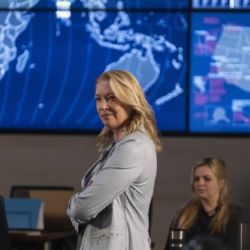 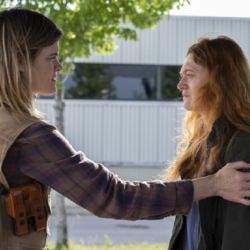