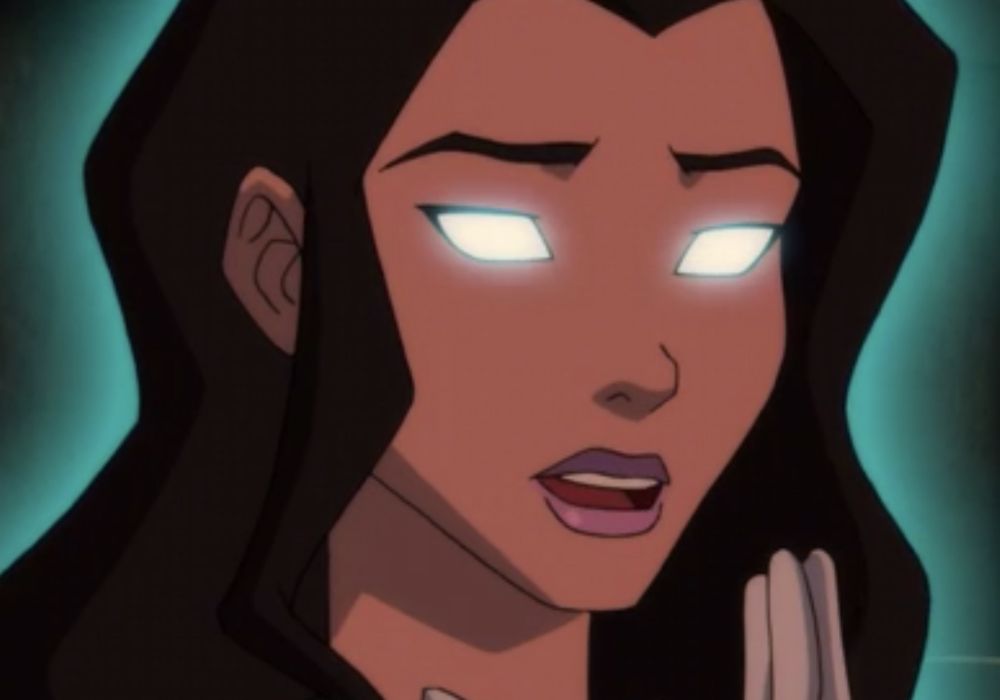 Today is the day for more Young Justice: Outsiders! We enter our third week of coverage (and our fifth episode of this session) with “Early Warning,” as things seem…about the same as last week with some interesting departures. Of course we’ll be talking spoilers from here on out, so if you haven’t watched the episode yet, do head on over to DC Universe to check it out before reading our thoughts here. But if you’re ready, let’s check in on the newly minted, now Internet famous Outsiders, and their sphere of fine folks. It’s time to dive in!

Alright the pun is really bad, but the point still stands, this episode is very much a repackaged version of last week’s. And that’s not inherently bad. We get Beast Boy and the Outsiders saving the day in a place the League is not allowed in, a Leaguer shows up to help, and there’s some side stuff going on in the process. Though, to be fair, the side plot here is really bad (we’ll get there).

I’m fine with Beast Boy and the Outsiders running around being better good guys than the League. This show started with the viewpoint of the younger characters doing covert ops, and to refocus on the younger characters makes sense. These teens, much like Aqualad, Robin, and Kid Flash before them, are tired of playing by the established rules and want to do more. Let em. I actually really like this team that Gar has assembled too and I think it’s really interesting. But there’s a lot of other really interesting things going on in this universe that I want to get to and take a crack at. I wanna know what Dick, Babs, and Bruce are doing, what the Space League is up to, what the other members of the Justice League have going on, and what Jefferson is up to now. I don’t know that I needed Beast Boy saves the day round two, especially not without giving us any updates on the Light and what this Project Rutabaga is that’s been previously mentioned. This episode kinda feels like some of the late middle episodes of season two where the Jaime and Reach stuff dragged on. Perhaps, as this was originally intended to be the middle episode of a batch of three, we’ll get one more episode with Beast Boy’s crew saving the day before we move forward? I’ll let you know in a week.

This is a better pun.

So the Outsiders head to Cuba where Klarion is magically inducing metagene activation and immediately sowing those people to a large, meta monster. Meta like metagene, not meta as in like fourth-world breaking or anything. Alright, I’ll stop.

Anyway, when Zatanna learns that Kaldur is sending the Outsiders by themselves she opts to go too, cause they’ll need some magic back up. The fight is short and sweet, and the aftermath again puts the Outsiders in the good graces of the viral world. The beast they take on is disgusting looking, in the way that a magical malady in the DC Universe should look. It reminded me of reading books like “Justice League Dark” in the New 52, though I’m sure someone will kill me for coming up with that as a representative magical book. It’s a great sequence, giving us more Zatanna and showing how powerful she is, possibly taking Klarion off the table, and letting Static make a Green Hornet reference. Oh and one of the metahumans is the Aquaman-family character Dolphin, at least I think so. I’m taking the fact that Beast Boy transformed into a dolphin with her when he rescues her as confirmation. So lot of good stuff, and one glaring bad one.

So Jace comes to Violet to tell her she tested her hair (that she took back in “True Heroes”) and that she thinks Violet might be dying, but that she can maybe fix it. Violet spirals, and instead of tackling the news in any sort of nuanced way, we just get Violet and Harper Row getting into booze, guns, and promiscuity, I guess the trifecta of things old folks think angsty teens are into. In a matter minutes, Violet’s downed some something, fired a gun, and madeout with Harper after both of them saying they have boyfriends. She pulls the moody card with M’gann after getting bailed out of jail.

*Sigh*. So, not only does Violet keep being the only character who gets brutally hurt and “killed” every episode in true Kenny from South Park fashion, she has to deal with this crap? All of it just rings really wrong, and false, and honestly insensitive and awful. First, Harper. Harper Row is one of the only openly-bisexual characters in the DCU, and has only been seen in one other episode of this show. Her being a flippant cheater is not a great look. While her and Violet only make out, it’s the first time this show has delved into the cheating lane. It also makes one of DC’s only bi characters in comics promiscuous in potentially really offensive fashion. This episode furthers the stereotype that bisexual people are hypersexual individuals wanting to do whatever with whoever.

Secondly, the line where Harper offers Violet a drink and makes a crack about her (possibly) being a Muslim, is also delivered in a really tonally odd way. Violet responds that she isn’t a Muslim (an assumption because she is wearing a hijab). Violet then takes the bottle and chugs. In this exchange, Harper’s question comes across as derogatory toward Violet’s potential religiosity. It treats the fact that she might be Muslim as potentially wrong or bad or inferior, simply because a lot of orthodox Muslims don’t consume alcohol. Violet’s following transition into drinking, shooting, and kissing, then, just seems awful. It’s like all of these things are only presented to try to be “edgy” not for any real story reason. Violet could be dealing with her possible mortality a plethora of different ways. She’s a walking Mother Box so she could’ve fled to Apokalips, or cried to Brion, or ran away, or fled back to Markovia or Qurac, you know things that add to the story. Instead we get odd, sidebar bad stereotypes. In many ways, this scene lends itself to being compared to the poorly written Native American characters in “Beneath” in season two. The Violet stuff in this episode (and any time she violent dies) is bad. Do better.

Artemis and Terra wind up sparring in a regularly planned training session, and Terra ends up carrying on a conversation. She has flashbacks to Slade kicking her ass, and Artemis tries to get her to open up, and manages to get a few words out of her. It’s been over a month since Thanksgiving, so it’s good that we’re getting a little somewhere with her. This scene also did a good job of highlighting how similar Artemis and Terra are. Both raised by abusive super villains to be weapons. Both still recovering. Both dealing with loss. There’s some really good parallels here, that are only going to hurt like hell when Terra eventually betrays everyone. If the Violet stuff is any precursor, the betrayal has the possibility of being as grossly inappropriate as the comic book material it’s based on. Here’s hoping we don’t get that.

Alright so Beast Boy and the Outsiders save the day, and bring the metahumans they rescued to Taos so they can start over at the metahuman sanctuary. They meet Jaime, Bart, and Eduardo there who are fresh out of the funeral for Joan Garrett, who was scene for just a few seconds in the hospital in the prior episode. While Jay and her haven’t played huge parts in this show, it’s still sad to think about, and think about what it means to these characters. Also, Eduardo going to the funeral with Bart only adds to my theory that there’s some sparks flying between the two of them.

With all the positive buzz the Outsiders are getting, Eduardo decides he wants in. He says the Outsiders need to represent the people at the metahuman sanctuary, which makes sense as half the team are legacy heroes, Static is an unknown (though a product of metahuman tampering and trafficking like Eduardo is), Beast Boy is a famous actor, and Brion’s a prince. There’s an assumption of privilege and difference from the experience of those that they’re actually fighting for, which definitely makes sense. Eduardo’s powers were really cool to depict last season and this season, and they’ve continued to really redeem him from his Super Friends counterpart. I doubt he’ll call himself El Dorado, but who knows. Either way, I’ve glad we’ve paid more attention to him and the metahuman sanctuary  this season. The continual tie back to the fact that metahuman trafficking affects real individual metahumans (as opposed to mass casualties) has worked. Now if we could move things along a little quicker all would be well.

That’s all for this week folks! Thoughts on the episode? Sound off in the comments, and we’ll see you back for another round post-SDCC 2019 next week!