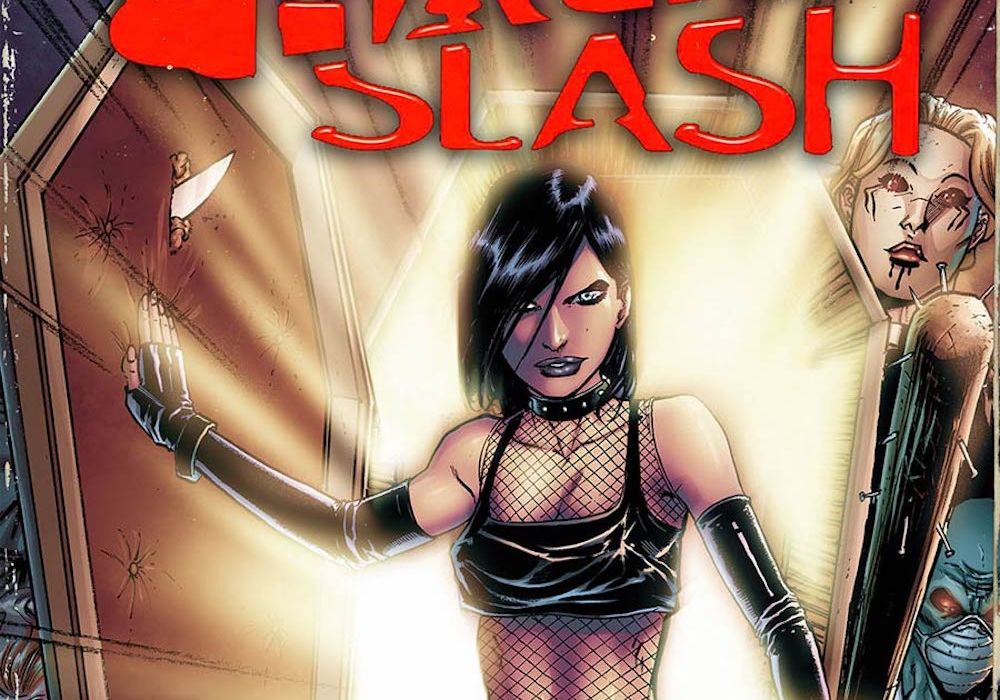 Welcome to Butcher’s Block, our “Hack/Slash” annotation. With the Kickstarter-funded hardcover version of the first omnibus now in print, there’s a new addition that we should dive into. Yes, there is also the timeline added in (and I am still very proud to have been a part of that, but that has already been discussed in a previous slab, so we won’t go into that again unless something new comes up.

There is not a lot of new material at all this time around, and all of what we have can be disclosed within the discussion of the single new story. As such, we will concentrate discussion there, which itself will not be much, amounting to one of our shorter columns.

Furthermore, for sake of clarity: “Hack/Slash” is a mature comic book series. As such, many images may not be suitable for younger audiences, and quotations and/or panels may include liberal curses and mature content such as profanity, violence, or sexual imagery. 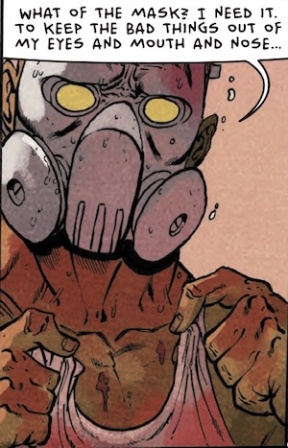 Okay, this isn’t exactly new, but previous issues we have gone over did not discuss this as in depth, so it is best to bring it up now.

Vlad wears a rather imposing mask over his face, one that seems similar to a gas mask. In fact, it pretty much is. He grew up in Chicago with serious health conditions from birth on account of his… unusual family heritage (more on that if it comes up, unless you want to look back at his general overview for some information). As he had various deformities, Robert Lucas, the butcher who raised and named him (and actually gives the name to this column), provided him with a mask that helped keep out the “bad things.” Considering he grew up in a basement (not out of malice on the butcher’s part), that essentially amounted to everything outdoors. He can survive somewhat without the mask, but in hostile situations he almost always keeps it on to avoid foreign matter from entering.

As a side note, it also makes him look not unlike Jason Voorhees or many other infamous slashers, which was likely a large part of the point of the visual.

Technically speaking, what is new is not an “issue,” but the new story for the omnibus is still additional content, and so is worth discussing. 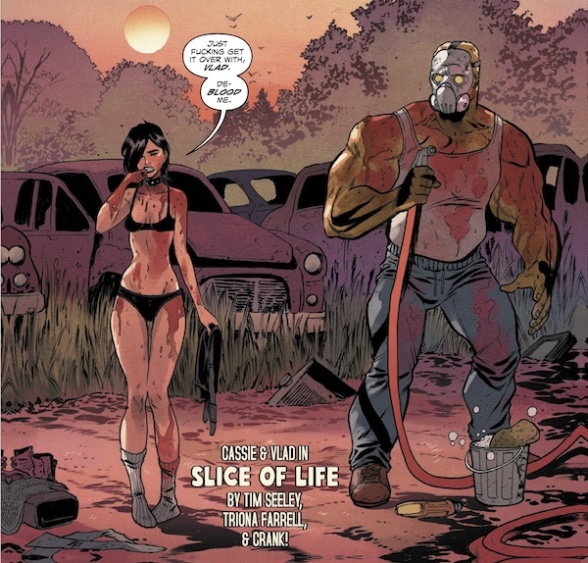 Slasher bashing can get messy.

As far as “Hack/Slash” stories go, this one is pretty mundane and simple, not to mention virtually free of violence.

Seeing Cassie Hack and Vlad needing to clean themselves off after fighting some creature is an uncommon, but not entirely unheard-of occurrence. However, this time it seems to be the focus, and also a source of comedy. 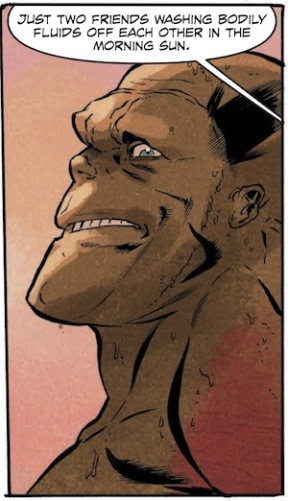 The way that the duo talk to one another helps to set when in the overall arc of the saga this story takes place: roughly the same time as the events of the omnibus itself, and before the first ongoing series. The easiest way to notice this is in two interactions in particular.

On the one hand, we have Vlad’s high level of embarrassment around the idea of Cassie undressing and showing him anything, something that he did not make much comment on later in the series, though he did have feelings for her that he admitted as early as the Evil Ernie crossover (though she did not fully understand what he meant until far, far later).

On the other hand, there is the fact that Cassie brings up why Vlad has to wear his mask, despite nobody else being present. Of course, it is solely for the reader, but she did tend to talk more about why he needed his mask early in the run of the series, except when it was very important for one reason or another. Her stating what is rather obvious, coupled with Vlad’s own reluctance to remove said mask even to clean it, helps to place this tale relatively early in their partnership.

As a side note, there is also another element that can help to pin down a time, but it is just as likely to be a case of artistic choice or memory: Cassie lacks a scar on her left shoulder. The scar, which was brought up in the ‘Tub Club’ arc of the first ongoing series, is one of the various injuries she sustained that did not heal, and was one she received from Charles Lee “Chucky” Ray in “Hack/Slash vs. Chucky.” The fact that she does not have that mark places this story at, in the absolute latest, before that one-shot.

There is a sizable amount of rather disgusting comedy and mundane pain in the story, so it is probably not for everyone. However, the appearance of a dog (an actual dog, not a lowbeast) serves as foreshadowing to the later appearance of Pooch, who would arrive in the stories of the second omnibus (yet to be released in hardcover like this one).

Will there be more? Will other stories be brought up in subsequent hardcover releases, or will this be the only one? Will others be kickstarted as this one was? Only time will tell.

While there isn’t a lot here, there still is something. Want to know more about the pieces of the lore and particular material discussed, or other elements about the epic as a whole? Feel free to ask away in the comments below. 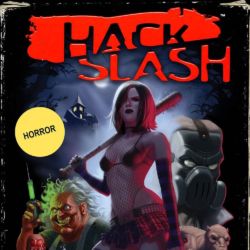 Welcome to Butcher’s Block, our “Hack/Slash” annotation. With the Kickstarter-funded hardcover version of the second omnibus now in print, there’s a few new additions that we should dive into.Furthermore, for sake of clarity: “Hack/Slash” is a mature comic book series. As such, many images may not be suitable for younger audiences, and quotations and/or panels […] 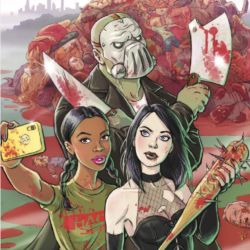 Welcome to Butcher’s Block, our “Hack/Slash” annotation. Today we’ll be going over the “Hack/Slash 15th Anniversary Celebration” one-shot.As a note: unlike some other analyses, this one will not skimp on spoilers, though it will still attempt to be new reader friendly by way of bringing up past information.Furthermore, for sake of clarity: “Hack/Slash” is a […] 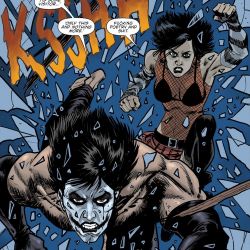 Welcome to Butcher’s Block, our “Hack/Slash” annotation. Today we’ll be going over the third and fourth installments of “The Crow: Hack/Slash.”As a note: unlike some other analyses, this one will not skimp on spoilers, though it will still attempt to be new reader friendly by way of bringing up past information.Furthermore, for sake of clarity: […]