Read our full review of the Hit Monkey finale tomorrow at Multiversity Comics.

Peacemaker battles his father the White Dragon in a final showdown with Eagly, Vigilante and Economos at his side. Recognizing his father’s toxic influence on his life (thanks in no small part to his father attempting to murder him in cold blood), Chris shoots his dad in the face and finally lets his emotions through, breaking down into tears. Meanwhile, Harcourt and Adebayo narrowly manage to escape the Butterflies thanks to Murn’s sacrifice, Adebayo’s deceptions are fully revealed to the rest of the team, and the gang pulls themselves together in time to go kill the Cow, an enormous insectoid creature the Butterflies have been milking for the substance that keeps them alive. With the blessing of the team, Harcourt steps up and takes charge, leading the ragtag group into the final battle.

As could be guessed by the episode title, this episode is chiefly concerned with Peacemaker’s racist father, revealing that the fight between him and his brother Keith that led to Keith’s death wasn’t organic – it was a prize fight that his father took bets on. Ultimately, however, Peacemaker is only so interested in the complexity of white supremacy and the cycle of violence; this episode neatly wraps up all of the white supremacist threads so that we can move on to some good old fashioned monster killing for the finale. That, coupled with the confirmation of Chris’s bisexuality coming as a brushed off aside in the middle of the fight, suggests that Peacemaker’s progressive streak is a side dish rather than a main course. For better or worse, this is a show about killing aliens, and though it might dip into highlighting some of the darker aspects of American whiteness and masculinity, it’s not capable of fully engaging with those deeper issues.

The stage is set for the final showdown, with a little room for some character growth still to come – Adebayo and Peacemaker need to make amends after her betrayal, and now that his bisexuality is openly confirmed, obviously Peacemaker and his sociopathic bff Vigilante need to kiss. –Reid Carter

Dion and Brayden bond over their powers, which the latter uses to give a glimpse of his upbringing and his family, including his late parents, and his abusive aunt. David Marsh has Pat taken out of his cell after learning he still has some of his Crooked Man abilities, so he can inspect the sinkhole outside Dion’s school. Suzanne finds out and alerts Nicole.

At the school, Kwame has taken charge of directing the upcoming musical production, and Esperanza impresses him with a lovely rendition of “Beautiful Dreamer” by Roy Orbison. The Crooked Man informs Brayden about Pat’s presence, and he in turn alerts Dion, who teleports over and threatens Pat. Nicole arrives at the school in time to calm him down, but Dion becomes upset when he learns she knew he had returned, and hid the news from him.

They reconcile before bedtime, and Nicole returns to the sinkhole after Dion mentions seeing glowing flowers inside. (It’s a little puzzling that Suzanne asks her to go though; she’s not a scientist.) She falls in and discovers Gary there, now fully consumed by the mutated plants within, and transformed into a Swamp Thing-like creature; he attacks and infects her. She escapes, but so does Gary, meaning Atlanta literally has a monster problem now. – Christopher Chiu-Tabet 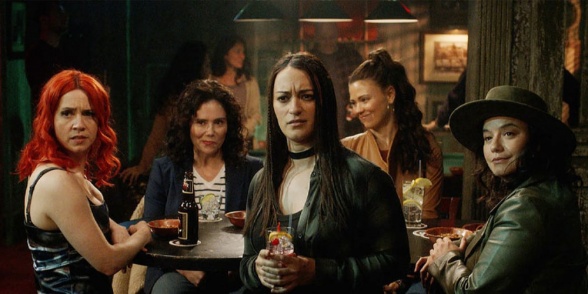 With the fast pace that has characterized Snowpiercer Season 3, the two trains of Snowpiercer become one again, Wilford is overthrown, and Layton is in charge again. But that’s not to say that all problems are overcome.

The first problem is that instead of tossing Wilford outside the train to his death, he’s tossed into a cell. He’s malevolent, he can’t be redeemed, and he’s of no use to the train. But there he sits, in a cell, protected by plot armor. Problem #2 is Lilah Jr., fresh off her wedding, who’s resorted to allying with anyone who lets her commit violence. This episode begins with Kevin torturing a poor soul by smashing off his frozen fingers. It ends with Lilah Jr. slashing Kevin’s throat, declaring for the rebels. Lilah is for blood, and only for blood.

Meanwhile, Ruth escapes her frozen fate because Wilford thought torturing a random other fellow might work instead? In this case, I won’t complain about plot armor because Ruth has been the best part of this season. Layton, too, becomes proactive by playing a trick on Wilford, a nice bit of misdirection, and that allows for his bloodless (so far) takeover.

Problem #3 is self-inflicted as Layton decides to follow his hunch to Africa, the land of his visions of the Tree of Life. He not only lies to the train about being certain it’s a warming area, he pulls in Asha, the survivor from the nuclear plant, and convinces her to lie that she’s come from this new Eden. And so Snowpiercer begins speeding to its’ fate in Africa, if they can get there because, supposedly, the tracks that lead to this place are in bad shape. (The tracks everywhere in the world should be in bad shape but, let’s not quibble, I suppose.) – Corrina Lawson

Continuing its trend of splitting major action scenes across two episodes, Super Crooks also continues to shoot itself in the foot. The buildup of the last episode takes about four minutes to conclude and while the zombie apocalypse sequences could’ve been entertaining, they fall flat because we don’t really care what happens to the superheroes or the random people who’ve been resurrected or the city of Philadelphia. Meanwhile, Praetorian shows up to foil the heist but the villains grab the magic helmet they were looking for anyway, then escape to Romania. But they shout that they’re escaping to Romania! So Praetorian shows up to interrupt their celebration with The Bastard, who explodes some heads and leaves.

The reveal that Praetorian is a member of the Network falls flat because, honestly, who cares. The Heat’s old relationship with The Bastard and Count Orlok falls flat because it’s told to us via a random flashback in the same episode where it became relevant instead of as a bit of foreshadowing. All of these reveals mean nothing because the characters are stupid, one-note dolls that move around doing things without any sense of purpose or place or internal motivation. Every single character in this show is dumb. That especially includes our supposed “main” character, Johnny, who doesn’t do anything but react to the world around him. At this point, I’m left wondering how there are three whole episodes left when there’s just no overarching story to tell and no characters for the audience to care about.

(I also have to wonder why Johnny decides to call Kasey “honey” throughout this episode as if that’s totally normal even though he’s never called her that before? It’s as if the writers either forgot about consistency or even they don’t care enough to bother with proofing the script.) –Mel Lake

On the road to the Temple of Melitele, Geralt and Ciri are attacked by a monster, who deals a fatal blow to Geralt’s oldest and dearest friend and noble steed, Roach. Often, pet killing can come across like a lazy plot device, but this one is treated like a real character death. Geralt mercifully ends Roach’s suffering while reciting a comforting prayer. This does not spur Geralt on a quest for vengeance, which would be boring, but it effects him deeply, removing the only other character Geralt reliably confides in. At the Temple of Melitele, they run into Yennefer, who is disturbed to discover the girl she needs to kidnap to regain her powers also happens to be Geralt’s child surprise. When they are attacked by the aptly moniker’ed “Fire Fucker,” Yen seizes the opportunity to take Ciri away, despite her feelings for Geralt. This is after said “Fire Fucker” steals the mutagen made from Ciri’s blood from Kaer Morhen, so he is thwarted but not left empty handed.

Meanwhile, Istredd learns more about Ciri’s magical lineage and it’s possible connection to the monoliths from the most charming couple of nerds, and Cahir expresses his insecurities by challenging Dara to a sparring match. Just when Cahir was starting to seem kind of cool, he shows himself to truly be the putz he seemed to be at first. Dara, however, ultimately gains the upper hand, and reports to Djikstra’s owl that the White Flame is after Ciri. Meanwhile meanwhile, Francesca gives birth to a healthy baby. With complicated political intrigue and sincere character driven drama, The Witcher is a touching and funny soaring fantasy epic, succeeding where Game of Thrones ultimately failed.- Laura Merrill 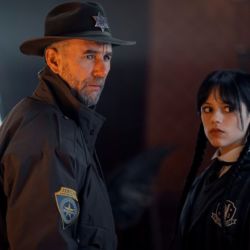 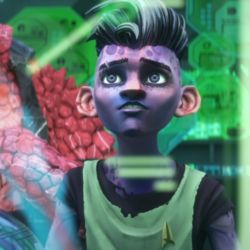 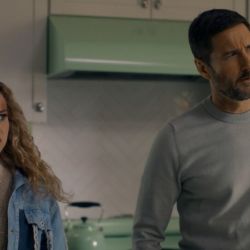