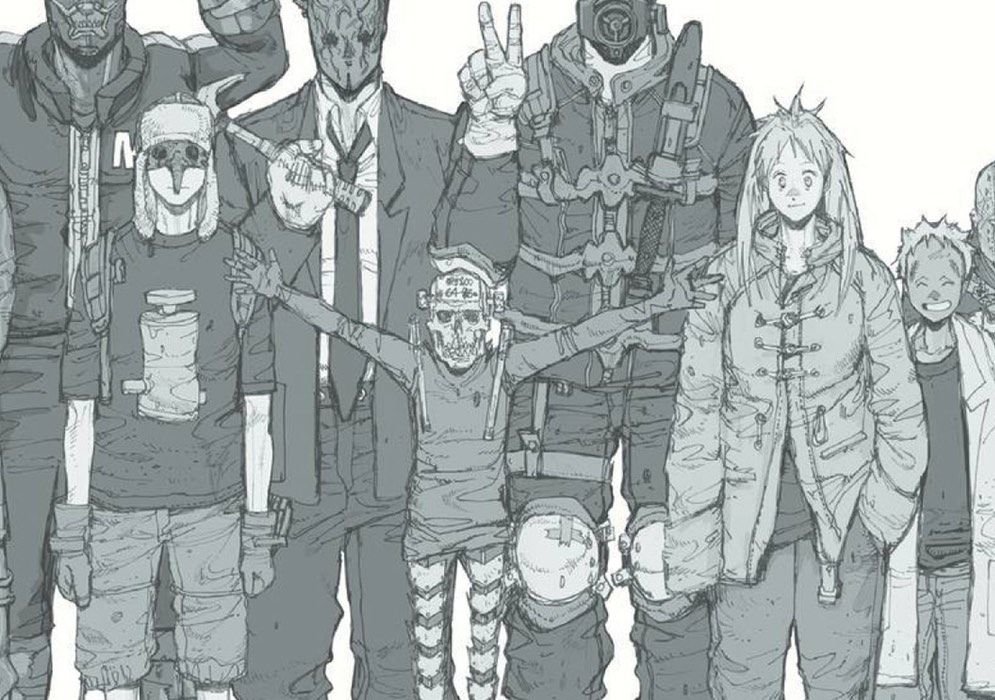 2020 disrupted all our lives. It made us feel unsafe and uncertain about so much of everyday life. My work schedule before the pandemic made it possible for me to pick up my comics on Wednesday, just like when I worked in a comic shop. All that came to a screeching halt in March, when life got much smaller in an instant — and that included my regular comics reading. I prefer floppies to digital and thanks to a work furlough, I couldn’t afford to support my local shop and buy the same books again from Comixology. Keeping up with the books I loved was just not possibly to do safely. 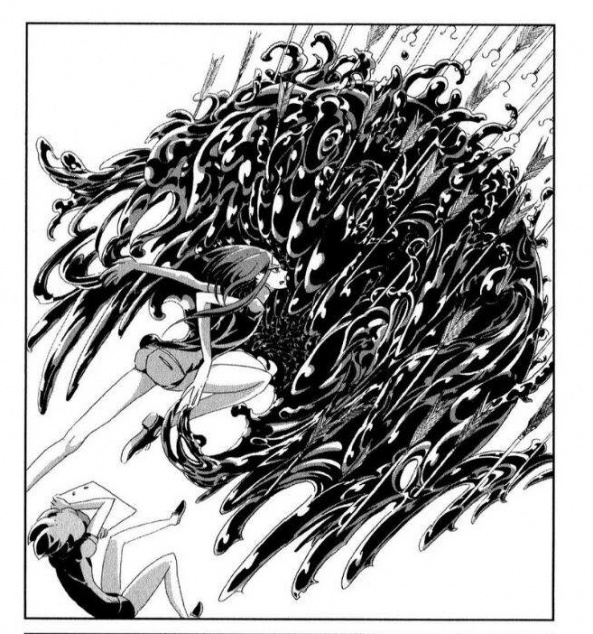 What I did have plenty of time for was my often ignored subscription to the Shonen Jump and Crunchyroll apps. This called me back to one of the things I’ve loved for a long time: manga.

If someone were to ask me what drew me to comics in the first place my answer would be my now distant childhood memories of classic anime series Speed Racer and Kimba the White Lion. Those animated shows predate my discovery of spin racks and Jack Kirby, Neal Adams, John Buscema, Curt Swan and Len Wein by at least a few years. Manga images are a big part of my comics fandom DNA. Even after being introduced to some of the titans of U.S. comics,  I was still finding Japanese animation — classics like “Space Cruiser Yamato” (Starblazers) and my all time favorite, “Gatchaman” (Battle of the Planets) — making me just as happy as my “Kamandi” or “Wonder Woman” issues.

It would be nearly a decade and a half before I’d discover San Francisco’s Kinokuniya Books, and finding out just how much more manga was out there.  This was before the era of the unintentional manga reading sections at mass market bookstores like Barnes and Noble and Borders. My friends and I puzzled through yet to be translated books like ”Urusei Yatsura,” “Fist of the North Star,” “Jojo’s Bizarre Adventure,” “Sailor Moon,” “Dragonball,” “Kujyaku Ou” and a few years down the line “Akira,” and “Gunmm” (Battle Angel Alita). I was still reading American comics of the time too, dividing my limited resources between these two fandoms.

Over time, my love for manga and all things Japanese remained by dimmed, particularly as I moved away from San Francisco and had less access to Japanese bookshops.  But there were still titles that have attracted and kept my attention. One that stuck with me was “Houseki no Kuni” (Land of the Lustrous) by Haruko Ichikawa, thanks to her art style. In January of 2020 I was tempted again by another title, “Dorohedoro,” by Kyu Hayashida, which has a Netflix series in development. Her art was influenced by many of the artists I has loved back during the height of my manga reading. There were hints of Masamune Shirow (“Appleseed” and “Ghost in the Shell”) in her art but much more rawness and emotion in her artwork.

The pandemic, the lockdown, and the need for escape finally inspired some my return to manga. I started watching a lot more animation on Crunchyroll. It was also not long before I was finally got over my desire to read manga in Japanese and started using my Shonen Jump account. “My Hero Acadamia” drew me in as did “One Punch Man” and “Demon Hunter:Kimetsu no Yaiba” and “Black Clover.” These stories reminded me of just how much I loved the space that mangaka have to tell a story. 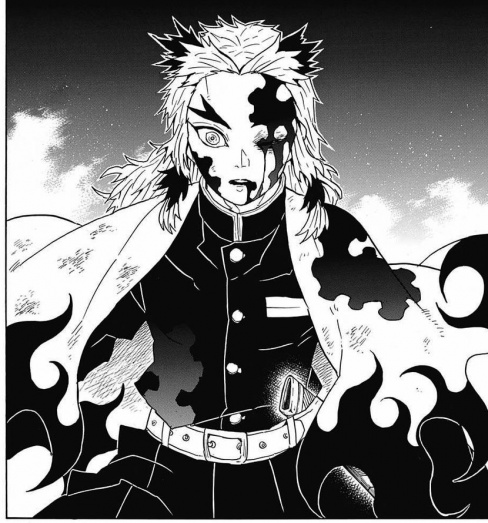 I realized how much I missed the look of richly inked pages layered with screen tones and how deeply the stories touched me. It was great to see that many artists now were crediting their assistants in the collections, something I don’t recall seeing so openly done way way back when. I found and devoured “Chainsawman” and “Jujutsu Kaisen” and tried out titles I missed out on in their original runs, like Naruto,” and “Bleach.”  I even finally started reading some sports manga like “Haikyu!!” — which surprisingly turned it to be my kind of thing. Though I found so much to read I still wish there was a better way to connect with what manga are shining in the Shojo and Josei magazines in Japan. Between reading Shonen Jump and watching Crunchyroll a door had been opened again for me. 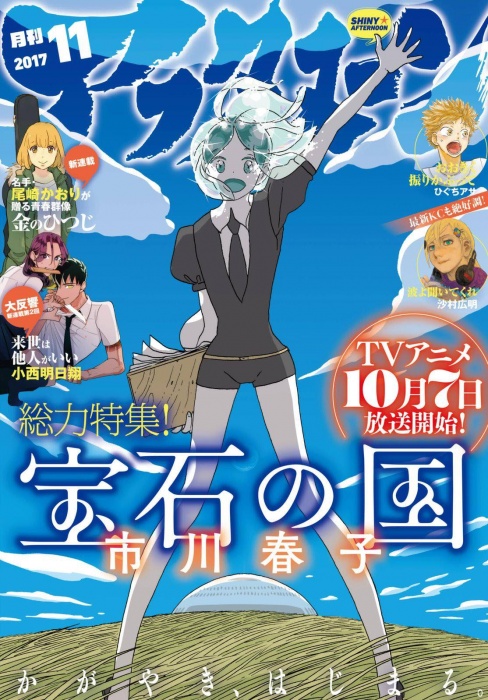 I finally succumbed and subscribed to “Afternoon” (アフタヌーン) agazine, which contained that title that struck me so much, “Houseki no Kuni.”  I justified the expense to myself by saying it was to recover my Japanese skills . . . but it was really to escape the ever-present fear and anxiety of daily life. And thankfully, I don’t regret my decision. “Houseki no Kuni” I knew was worth reading and was not disappointed with diving into it, language barriers and all. I had forgotten the wonder of being exposed to so many different style of storytelling and art all in one place. In “Afternoon” I found stories like “Blue Period” and “Neko ga Nishi Mukya,” stories that now make my comics reading much richer. It’s interesting to find that I enjoy slice of life comics and sports comics and makes me want to expand past my usual fare in the future. 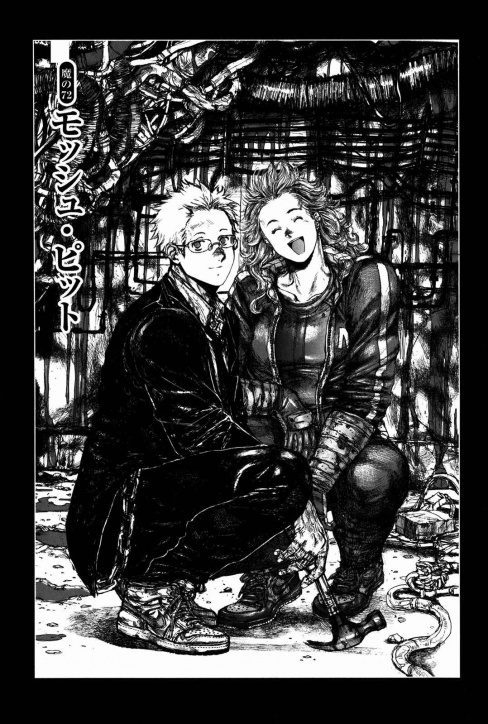 Turning to anime, Netflix’s Dorohedoro proved to be an amazing animation series and a new favorite, along with the manga. “Dorohedoro” was the first of these stories that clearly spelled out what manga does for me that western comics doesn’t always do well: the ability to make everyone the main character of their own story. Q Hayashida’s writing really invites you to go back and read the story and try to see it from other characters’s points of view, once you come to know them. The first volume of the manga is a completely different book when you see the story from Fujita’s or Ebisu’s point of view. 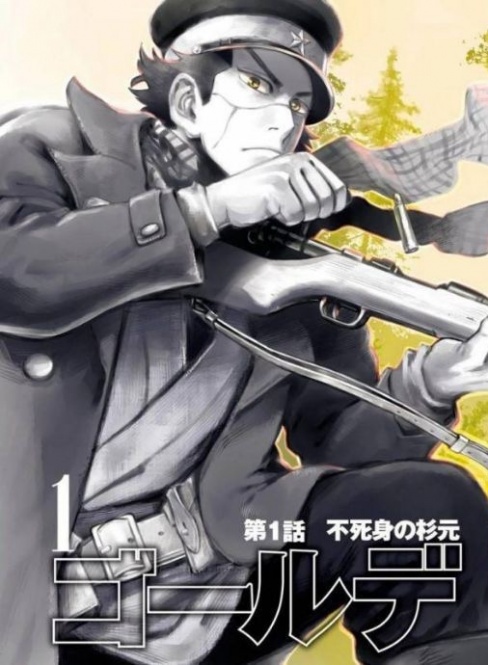 Sometime last month I started watching Golden Kamuy, and now feel I must read the manga by Satoru Noda. Noda is another author who does what Hayashida did so well. He invites you to see the story from the POV of even the characters you don’t think you like. I got into looking at his art because I wanted to learn a bit about how he draws eyes and expression. In that exploration, I found that I really loved the story he was telling.

2020 has been a crappy year. But it’s a year that I found my way back to something I love. I got to go back and revisit Jojo’s Bizarre Adventure through both manga and animation for our 2020 Summer TV Binge. I started re-learning Japanese. I’m even taking my attempts to learn how to draw seriously and I have found some courses to help me along.

Reconnecting with manga, and animation, has given me hope and helped me through this tough crazy time. I still love my Western comics, but I just got to reconnect with something that is way more than just nostalgia. Be well, stay safe, hope to see you on the other side. 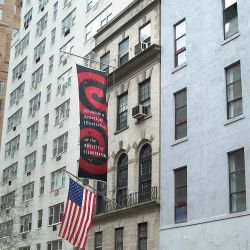 In our last installment of My Comics Year, Kate looks back on how museum exhibitions extended her love of comics art.