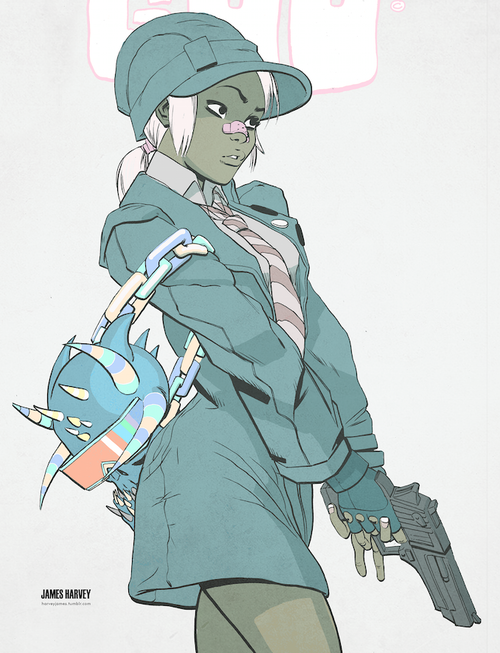 This month, we’re going to have an elaborate run of looks at the best of 2013 and what we’re excited about for 2014. To kick that all off, we’ll have a week of some of our favorite creators sharing their thoughts on the year to date as well as what they’re looking forward to in 2014.

Today, we asked “what creator do you think we’ll see make a huge leap in 2014?” This could be a newcomer who is going to blow minds, or a creator who will be taking their work up another notch. Here are the creators’ thoughts, and look for more tomorrow.

Cory Smith, who’s drawing MAGNUS ROBOT FIGHTER for me, is going to breakout in a big way once our series comes out next year. He’s just been blowing me away with his designs…. I hope we can retain him. 🙂 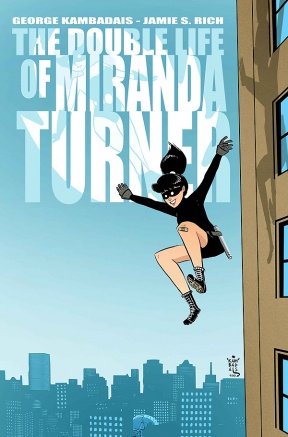 Selfishly, I have to say George Kambadais, my collaborator on The Double Life Miranda Turner over at Monkeybrain. That dude is going to blow up. I’ve already had several writers mad that I got to him first.

Christopher Mitten has been long overdue for being fully embraced by the masses. He should have become a “name” creator a long time ago. From the response to Umbral so far, I think he’s about to go mega.

Just one!? I think Jason Howard is gonna blow up in a huge way next year.

I’m very excited to see the Eleanor Davis collection that Fantagraphics is publishing in the spring – How to Be Happy. Her Stinky and The Secret Science Alliance were both amazing; I always want there to be more Eleanor Davis books!

From First Second, I can’t wait for Danica Novgorodoff’s The Undertaking of Lily Chen to come out in March. It’s this crazy story about ghost marriages in China, and the story and the art are both spectacular.

This will sound self-serving, and I suppose it is, a bit. But in all honesty, I think that Dennis Culver, my collaborator on EDISON REX, is leveling up every few months. He started out great, but just Keeps. Getting. Better. The stuff he’s turning out now is just staggeringly good, and I can’t wait to see where he goes from here.

Tradd Moore has already done some amazing work with Luther Strode and his issue of Zero showed a ton of versatility, that said I’m insanely excited to see what he does with the upcoming Ghost Rider book. I’m sensing a super saiyan level power up from him on this comic that is going to blow people away.

Brian Churilla is drawing a creator-owned book that I think is gonna make him huge. Curt Pires’ THEREMIN is consistently great and he has some cool stuff lined up. Ryan Lindsay’s new Monkeybrain book, I’ve read the first issue and it’s aces. Between COMEBACK and SHELTERED, Ed Brisson is annoyingly good and probably will get annoyingly better. Kelly Sue DeConnick is going to own comics by 2015. Shawn Aldridge is a writer working on a few things coming out next year that look awesome. Duffy Boudreau’s BLACKACRE is the sleeper genius book of 2013. Chris Visions is going to blow the hell up. Me, hopefully. Can I say that? Is that a dick move?

One name that jumps to mind is Frank Barbiere. With Five Ghosts now ongoing and White Suits coming from Dark Horse, he’s about to show what he’s capable of. And believe me, Frank can write—he’s a craftsman, and that’s what makes me respect him so much.

On the art side, I will selfishly make reference to one of my own forthcoming books. Colin Lorimer, the artist for Curse, is a revelation. His work on this book—this challenging, visceral, emotional book—should make him a star overnight. I can’t even believe how good his work has been. He’s able to capture such deep emotions and such strong senses of place, and his storytelling is as crisp as they come. Likewise, while I’m at it, Kyle Latino’s work on Prime-8s is nothing short of perfection. He projects a palatable humanity through a cast of monkeys—and that isn’t easy. He does so while also mixing a kinetic, Kirby-esque sensibility into his work, infusing it with fun and excitement.

Michael Moreci of Image’s Hoax Hunters appears ready to embark on several new projects and it would not be surprising to see multiple publishers come calling on him in the same way Stan Humphries, Justin Jordan and Ed Brisson were scooped up by Marvel and DC. Mike has been steadily producing for several years now with titles like Hoax Hunters, ReincarNATE, Skybreaker, Mini-Comics (Prime 8s) and Robocop.

Jeremy Holt has been banging on the door for some time with titles like Cobble Hill, Southern Dog and Pulp. Really looking forward to his work seeing digital and print release in the coming year.

Hopefully readers and the marketplace will respect the kind of creators that have slowly and surely built a career and catalogues based on really solid storytelling.

And I think, as much as anything – 2014 is going to be the year of the artist, with several names emerging and either stealing or seizing the spotlight. Michael Walsh, Jason Copland, Ming Doyle, Ryan Browne, Colin Lorimer, Vanessa Del Rey, Francesca Ciregia – are a few names to come to mind. These are folks that have been poised to establish themselves at a higher level of recognition or breakout in a big way. They’ve all got credits and they’ve toiled hard, so it’s easy to see them all finding sizable audiences and career defining work. 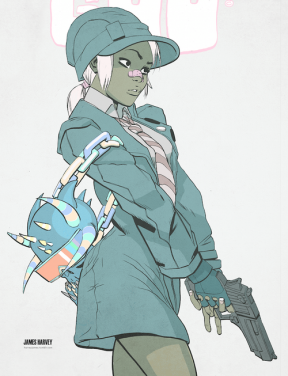 Without question, James Harvey. I’m collaborating with him on a project next year, so I’m a little biased, but I am telling you, this guy is going to dominate comics. Just look at his work on Masterplasty and the upcoming Zygote and try to not be stunned. I cannot stress this enough. He is going to be huge. Get into his stuff now and act all cool when everybody is obsessed over his linework.

The creator that’s going to make a huge leap in 2014 is artist Chris Peterson. He’s already made a splash at Dark Horse with Bee Vixens From Mars, and I believe this is only the beginning for him. I had the great fortune of collaborating with him on a one-shot comic that I wrote, and know first hand that the guy is the real deal. It’s only a matter of time before every publisher knows it.

Gabriel Rodriguez. Now that Locke & Key is wrapping up, I imagine he’ll just springboard into the stratosphere.

On the writing side, Rob Anderson is an extraordinarily talented guy. In 2013 he launched his Rex, Zombie Killer mini-series (full disclosure: I’m editing it), and had a My Little Pony one-shot through IDW. I know a bit of what Rob has coming down the pike, and it’s just flat-out fantastic stuff. 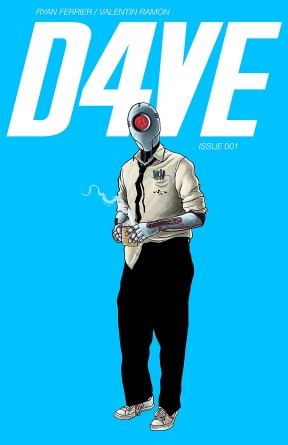 Ryan Ferrier is another amazing writer who’s poised to break out big time. Dude’s just brilliant, and seems to come up with half-a-dozen great high-concepts every day before breakfast. I can’t wait to see what he does in 2014 and beyond.

That depends on how you define “huge leap”. I expect Kelly Sue DeConnick to become a bona fide star. Inside our little bubble, of course, we all think KS is a star already. But it’s easy for us to forget there’s a whole audience out there who don’t yet know her work. I think they will, and soon.

And in terms of breakout talent, keep an eye on Ed Brisson. Every book he writes is better than the last, and he consistently impresses me with his attitude and work ethic. Plus, I know he’s already got more
lined up for next year.

Myself — I have big plans for this year, saying that here and now is part of actualizing. Chris Sebela is going to have a huge 2014 I believe. Frank Barbiere, as well. I’m still waiting for comics to realize Ramon Villaobos is the next in the lineage of Pope/Grampa/Quitely and for him to start developing a higher profile — he’s primed to blow up. Same goes for Brian Level.

Gosh, I hope it’s me! Baring that, I love what I’ve seen from Jake Wyatt and hope he gets more recognition in the coming year. I am also excited to see Tradd Moore on Ghost Rider.

Well, me of course, he said modestly. Based on my best intentions and the increasing level of fun I’m enjoying with my comics, I hope to take a super swell leap. I’m not privy to any other potential leapers or planned leaping.

Charles Soule comes to mind. It’s not as if he’s not having a lot of success right now anyhow, as he writes approximately 6.02214129(27)×1023 books per month, but I think in 2014 he’s going to become someone everyone is talking about.

Boy howdy, that’s a tough one. I suspect 2014 will be a big year for Sloane Leong, she has a depth of imagination that never ceases to impress me.

I’m hoping Joe Mulvey. He does the book SCAM from ComixTribe. I’ve been friends with him for a while and can’t help but wonder what he’s going to do with his comic-making abilities once he’s finished the book he’s doing. He’s got an anthology hitting Kickstarter this next year and I’m hoping it does really well and puts him in an awesome place.