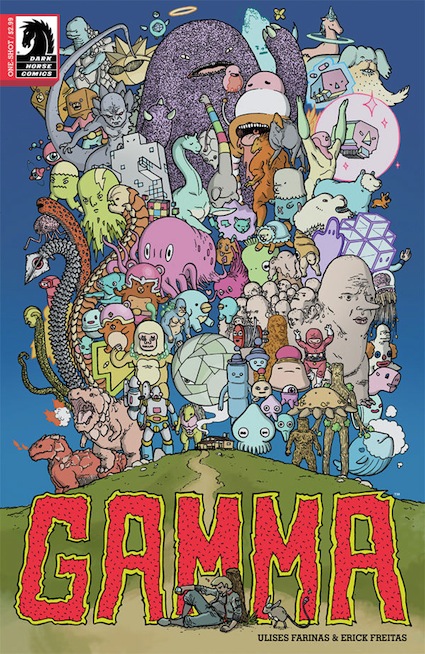 This is the ultimate backhanded compliment category, but I swear we don’t mean it like that. What we mean with this category is these books on this list are the books we think way more people should be reading or should have read. They’re the ones that we loved but either didn’t see a lot of buzz for or didn’t have huge sales numbers, but deserve both of them. They’re the books that all discerning comic readers should be reading. They’re the bees knees, and you should definitely be reading them. 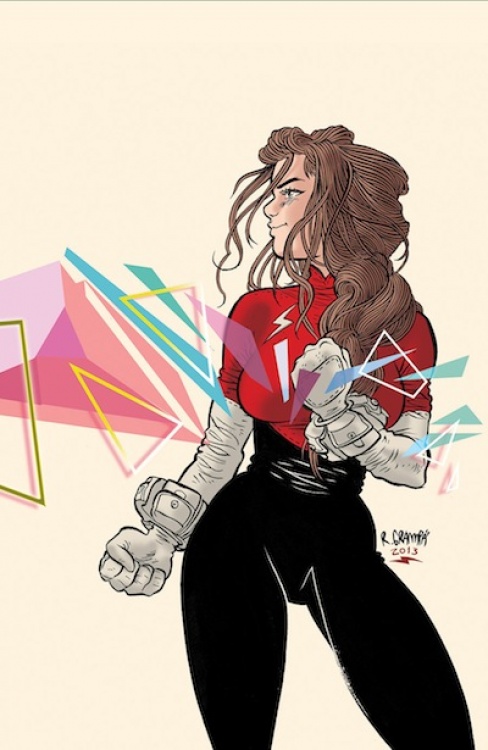 Why it made the list (Greg Matiasevich): “Ignore the physics. Enjoy the entropy.”

If that’s not the Rosetta Stone mantra for enjoying superhero comics, then it’s certainly on the short list. Joe Casey knows how to write the guys and gals in tights like few people in the business, and here he’s been given the reins of several of the characters from Dark Horse’s Comics Greatest World universe from the mid-1990’s. Don’t remember it? Doesn’t matter. Something else Casey knows? Making shall-we-say-less-than-defined characters into ones you can connect with in a snap (see Wildcats et. al.). In Catalyst Comix, he gets to swap storylines with Titan (aka Frank Wells), Amazing Grace, and Agents of Change, giving you an entire line’s worth of story in each issue. Plus? Casey has Dan McDaid, Ulises Farinas, and Paul Maybury making it look like everything you’ve never seen before. Too many fans get locked into the “rules” of superhero books. Catalyst Comix breaks more than a few of them. Take Casey’s advice: ignore the physics; enjoy the entropy. 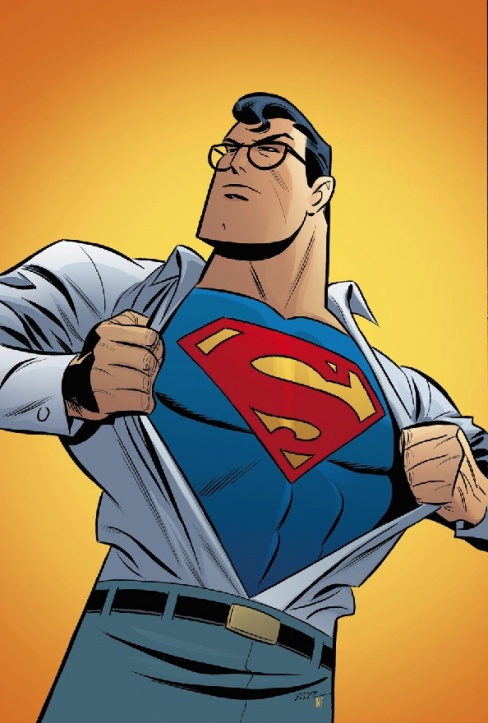 Why it made the list (David Henderson): Look, I love Superman. I immediately want to like every Superman story because of how much I love the character and it’s only when the story fails the character so much that I would say I don’t like it. That being said, I think most of the New 52 Superman stories barely count as stories and don’t count as Superman. For the most part the character lost his charm, his determination and the cheer that comes from watching someone with the power to do literally anything use it just to help people.

With that said, “Adventures Of Superman” has recaptured that magic in a way nothing else has so far. Due to it’s nature as an anthology, the quality in the stories has fluctuated, but all of them deserve to stand together, shoulder to shoulder, to remind the world why we need Superman. From Jeff Lemire’s story examining the childlike wonder that comes from the figure to Josh Elder and Victor Ibanez showing why Superman’s strength is in us, this is the most important DC comic. And the most overlooked. 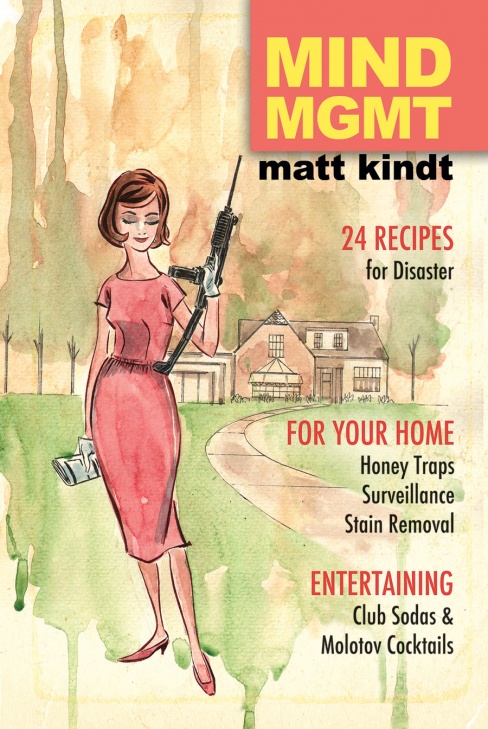 Why it made the list (Drew Bradley): “MIND MGMT” has all the qualities of a great book: dense plots, intricate storylines, compelling characters, and art that enhances the emotional content. I routinely scour the web for reviews of each issue for the Minding MIND MGMT column, and I didn’t find a negative one until issue fourteen. Fourteen! And that guy’s main complaint was that he couldn’t tell what was going on without reading the first thirteen. As far as issues with a finite story go, that’s a pretty minor complaint. All this points to a book which is firing on all cylinders and earns every penny of its cover price, but for some crazy reason only sells around 7K. Not only should you be tracking down the back issues of this book, you should be buying multiple copies to give to your friends. 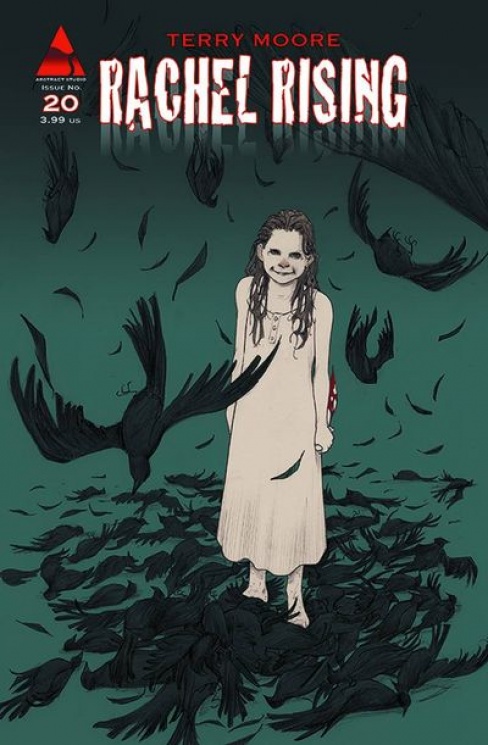 Why it made the list (Matthew Meylikhov): It feels weird having to write about a Terry Moore comic on a “Overlooked” list. That’s just a thing that just shouldn’t happen, right? A legendary creator responsible for the seminal Strangers in Paradise and the apocalyptic sci-fi comic Echo, Rachel Rising is Moore’s latest effort, a meditation on horror that’s as intimate as it is twisted. Once again Moore proves himself an insanely talented cartoonist, bringing life (literally) to the dead and showing off his established craft to new heights (he illustrates snow that you can literally hear crunch under illustrated footsteps, for Pete’s sake!). So when we call a book like Rachel Rising “Overlooked,” it’s not because the book is undeserving; far from it, in fact. Rachel Rising is Terry Moore at the height of his talent, delivering month-in and month-out one of the most intriguing self-published ongoings in comics today, and if anything deserves more consistent eyes on it as well as frequent acclaim and notoriety, it’s this book. 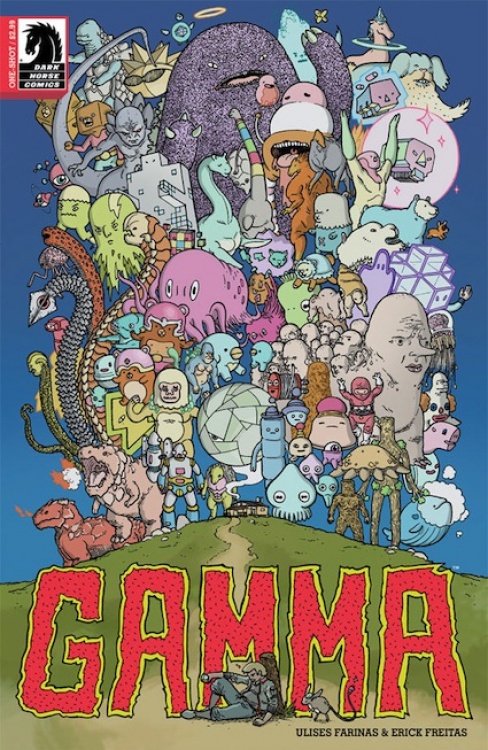 Why it made the list (James Johnston): Alright here’s the deal. In 2013, Ulises Farinas and Erick Freitas released “Gamma,” a comic that took place in a world that’s equal parts Pokemon and Power Rangers mushed through a post-apocalyptic blender starring Horny Cowboy Ash Ketchum. It somehow did not become the best-selling comic that changed the industry and, for that, we should all feel ashamed. That’s not for lack of trying on the creators’ part though. Clever, charming, and with unique art from Farinas that can best be described as a grotesque portmanteau of Pokemon and Adventure Time, “Gamma” is undoubtedly the most overlooked book of the year and the one with the most potential to have become the ongoing of the year. If only you had purchased it. Then maybe we could’ve seen Dusty’s mission come to a completion. What mission you ask, Baco?