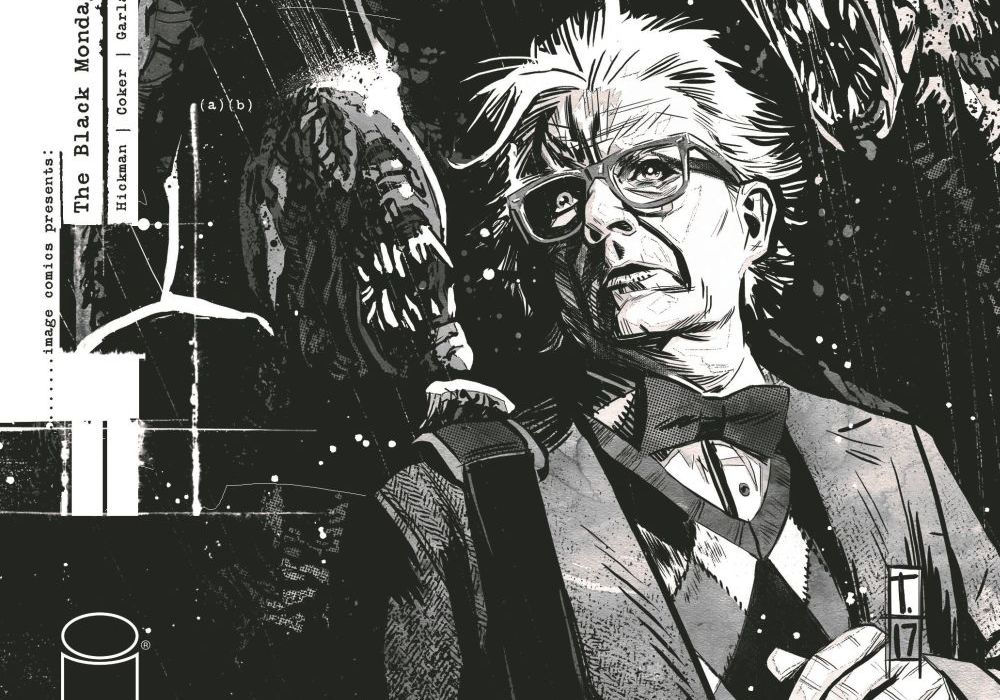 Our first question: in 2017, what comic or comics stood out as your favorite books of the year? 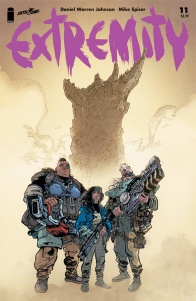 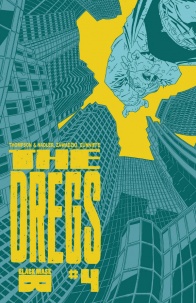 Paul Cornell (“Saucer State,” “Vampirella”): This year, I really loved: “Mother Panic,” “Archangel,” “The Wicked + the Divine,” “Injection,” “Anno Dracula,” Si Spurrier’s “The Shadow” and “Angelic,” the “Star Trek: Waypoint” anthology and the end of Rob Williams’ “Unfollow.” 2000AD also continued a great run. The second volume of Leah Moore and John Reppion’s “Ghost Stories of an Antiquary” was as amazing as the first.

Rafer Roberts (“Harbinger Renegade,” “A&A: The Adventures of Archer & Armstrong”): As always, “Stray Bullets” tops my list of favorite comics. This year is no exception. I never know where David Lapham is taking me, but I always enjoy the ride. Kyle Starks’ and Chris Schweizer’s “Rock Candy Mountain” was over the top, hilarious, and surprisingly heartfelt. “Mister Miracle,” from Tom King and Mitch Gerads, is absolutely amazing and worthy of all the praise being heaped upon it. “Curse Words,” from Ryan Browne and Charles Soule, is always wonderful and strange. “Sleepless,” the new one from Sarah Vaughn and Leila Del Duca, is wonderful and dreamlike. And Ben Templesmith’s newest, “Wormwood,” was a welcome return.

Caleb Goellner (“Teenage Mutant Ninja Turtles Amazing Adventures,” “Pressure/Sensitivity”): I loved finally getting to read the first three volumes of Ryoko Kui’s “Delicious in Dungeon.” I’m stoked Yen Press got it over here from Japan. I saw some posters for it on a trip to Tokyo in 2016 and had to know what was going on with it, and it’s even more fun than I imagined. 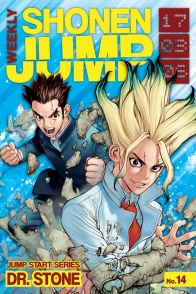 Weekly Shonen Jump hooked me with “The Promised Neverland” by Kaiu Shirai and illustrated by Posuka Demizu, plus “Dr. Stone” by Inagaki Riichiro and artist Boichi.

Nicole Goux and Dave Baker did a bunch of cool stuff as usual, including the new “F*ck Off Squad.”

Paul Allor (“Monstro Mechanica,” “Clue”): “The Wicked + The Divine” continues to raise the game with every issue. “Beautiful Canvas” lived up to its name. “D4veocracy” brought the D4VE trilogy to a brilliantly whackadoodle close. “Eleanor and the Egret” was delightful. “Kong on the Planet of the Apes” and “Mystik U” are both just starting, but I loved the heck out of their first issues. I’m gonna think of 50 more books as soon as I send this off!

Cavan Scott (“Doctor Who,” “Star Wars Adventures”): So many to choose from. “Superman” and “Action Comics” remain must-reads for me, as has “Black Hammer,” “Bloodshot,” and the ongoing Hellboy titles…I also loved “Heathen” from Vault.

Rob Williams (“Suicide Squad,” “2000AD”): In no particular order: “Black Monday Murders” from Image, “Extremity” – that was Image too, right? The Batman titles have been great, both the main book and “All-Star,” “Punisher: The Platoon,” “Saga,” and “Southern Bastards” continue to be great. The Superman titles – “Superman” and “Action Comics” have both been fun. “Injection.” “The Flash.” “Infamous Iron Man.” Too many. 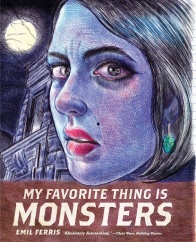 Clay McLeod Chapman (“Lazaretto,” “Edge of Venomverse”): “The Dregs” by Zac Thompson, Lonnie Nadler, and Eric Zawadzki was a solid testament to socially conscious horror. Also, Emil Ferris’s “My Favorite Thing is Monsters” is still lingering in my brainpan. I can’t get these comics out of my head.

Jeremy Lambert (“Goosebumps: Monsters at Midnight,” “Attack on Titan Anthology”): “My Favorite Thing is Monsters” by Emil Ferris was a definite favorite. “Spell on Wheels” by Kate Leth, Megan Levens, and Marissa Louise was awesome. And I love all the Young Animal books!

Tazio Bettin (“War Hammer 40,000,” “Independence Day”): Jonathan Hickman’s and Tomm Coker’s “The Black Monday Murders.” It’s an absolute masterpiece. Also Jason Aaron’s and Jason Latour’s “Southern Bastards” and Dan Abnett’s and INJ Culbard’s “Brink.” These titles blew my mind. I was already rather familiar with Hickman’s and Aaron’s works, but “Brink” was an absolute revelation, and I am grateful to my friend Anthony Garnon from London’s Forbidden Planet for suggesting it!