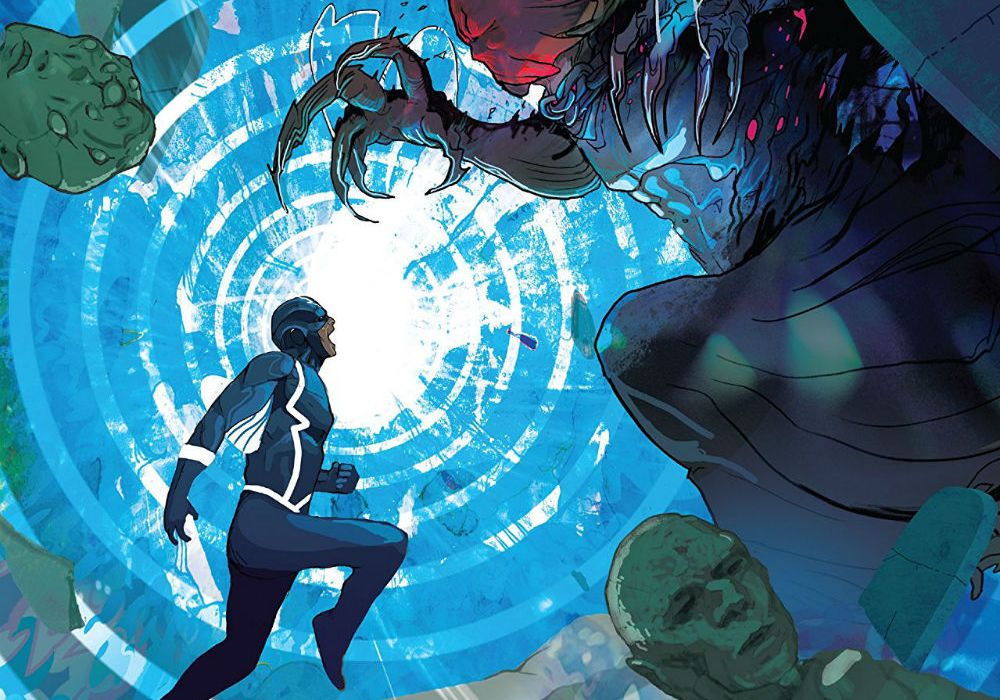 It is a little hard to pin down exactly what makes a breakout talent, but I think it’s pretty easy to see that all of these writers are now far more a part of the comics conversation than they were just a year ago. 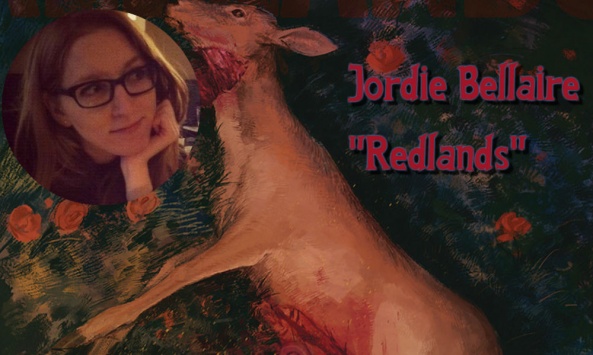 We all know just how amazing Jordie Bellaire is as a colour artist. Over the past five years, she’s probably staked the most legitimate claim to the throne Dave Stewart seemingly holds in perpetuity. And in order to be a colourist par excellence, some serious storytelling chops have to be deeply ingrained, right?

So it should come as no surprise “Redlands” is as tautly written as it is. Perhaps the only surprise is that it took Bellaire this long to show how powerful her words can be. There’s a sultry savage rhythm to to this story that’s horrific and sexy in careful measure. The opening salvo was an apocalyptic maelstrom with such relentless pacing that it felt like it would have been the penultimate issue in most any other series.

We’ve only had four issues so far, but since that initial firestorm, Bellaire has settled into a slow-burning Southern Gothic horror that sears together gender-politics, smalltown intrigue, and devilish dealings in the deep dark night. Hints of a larger mythology are merely glanced upon, since for there’s no need for her characters to over explain things that they already understand. There’s a swampy authenticity to this brand of witchcraft, all while building suspense and apprehension on our part because we’re left holding onto the fringes. And when things do flare up – like the end of issue #2 – Bellaire makes no mistakes of just how nasty the ramifications can be. She’s vicious when need be, and the effect is breathtaking. There’s a mean streak underneath the simmer that just pokes out, like a gators nose as it hides in the swamp.

Jordie Bellaire might not have written much this year, but what she’s gifted us has come with a precise control that we all should take note of. Her brand of suspense is sweaty, claustrophobic, sinister and confident. – Kent Falkenberg 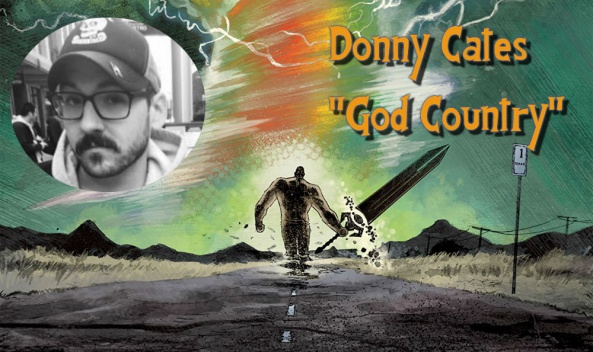 Donny Cates has had, what some might call, a meteoric rise to comic book stardom over the past year. When I first heard Cates’s name, it was in the context of “God Country” #1 being rushed back for a third print. By series end, the first issue had four separate printings, impressive by any company’s standards. Everyone I met coming into the comic shop was rushing to find a copy “God Country” #1 and not just because first issues were already running $60 to $100 online, rather it was the deeply poignant storytelling and enthralling epic proportions of the small town story which spanned the cosmos.

“God Country” was a gripping tale that explored Alzheimer’s and the horror that comes with it in a way both exciting and deeply heartbreaking. The book lasted only six-issues, but it’s unwavering ability to raise the stakes to the upteenth degree and then do so once more is what made it such a fun and exciting read, once I was finally able to track down a copy of course.

Much of Cates’s work since has had elements of that first breakout miniseries. The personality of small town Texas, the strained family dynamic, extraordinary wishing for normality, and the cosmic grandeur of “God Country” can be found in both “Babyteeth” and “Redneck.” Since signing an exclusive with Marvel back in July everyone has been eager to see what and how Cates would be approaching the Marvel mythos, especially given Marvel’s track record over this year. With the way things have been playing out at Marvel since “Secret Wars” two years ago, Cates addition to the creative talent at Marvel was a welcome breath of fresh air in what had started to become a proverbial game of musical chairs whenever time came for a creative shift.

After it was announced Cates would be taking over from Jeff Lemire and Jason Aaron on “Thanos” and “Doctor Strange,” respectively (both of which you should definitely pick up if given the chance), I found myself doubting Cates would be able to step in and fill those very large shoes on either book. However after reading both, I am happy to report not only do they deliver on the themes and ideas Cates has been working through over the past year they are also incredibly exciting additions to both characters ongoing stories in the pantheon of Marvel Comics. With Marvel entering a new era of editorial and creative changes it will be no surprise if five years from now we are speaking about Donny Cates in the same breath as Jason Aaron, Jonathan Hickman and Brian Michael Bendis. So on that note I leave you with those immortal words of the sage footballer Tim Riggins: Texas Forever. -Samuel Reynolds-Oosting 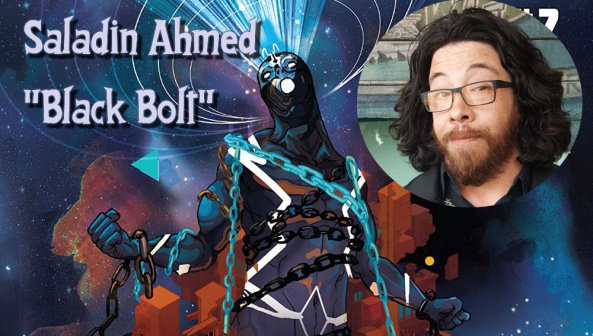 I have to make a personal confession before we begin talking about how much ass Saladin Ahmed kicks: I’m probably the world’s biggest “Inhumans” detractor. Time after time, relaunch after relaunch, Marvel just can’t get me to care about these characters. So when Ahmed and Christian Ward were announced for a “Black Bolt” book, my prior interest in both of them as creators got me to take a peek. And gosh am I ever glad I did.

In a tumultuous year for the publisher, Ahmed’s steady hand guided Blackagar Boltagon through one of the most entrancing, funny, and surprisingly emotional books that a major publisher put out this year. By taking Black Bolt out of his element and imprisoning him with an unlikely supporting cast (he also makes you care about Crusher Creel, of all people), Ahmed was able to write a Blackagar that was a couple shades different from the stoic, frankly sometimes boring, ruler of Attilan that we’re often presented with. This Black Bolt shows a range of emotion that we’re not used to seeing. And because Ahmed puts the character through the ringer, any time we get to see him smile it feels like it’s earned.

In a book that’s full of imagination and weird visuals, it’s Ahmed’s attention to the emotional core that makes the book such a winner. It may be the only comic his name was on this year, but it was more than enough to make him our breakout writer. – Vince Ostrowski

Matt: I read Ahmed’s Throne of the Crescent Moon a year or so ago and thought it was a serviceable fantasy adventure. I’ve tried a few issues of his “Black Bolt” run and I think you see his storytelling strengths far better here. All three of these peeps have been kicking around for years and all three of them have turned in some ambitious and fascinating work. As always, I hope they manage to keep their voices, especially as they’re becoming more and more prominent in that soul-crushing churn of the corporately owned superhero machines.

Brian: 49 – 49! – different writers got votes in this category, ranging from veteran artists with three decades under their belts to brand new talent. I was particularly pleased to see Bellaire on this list, as she’s been one of the finest colorists in the business for some time now, and now her storytelling prowess has grown beyond just her color art.

Alice: I am similarly ecstatic to see Jordie Bellaire’s name raking up awards that aren’t just for Colourist Of The Year. Her writing debut with “Redlands” is one of my comics of the year and to see Jordie shoulder to shoulder with writers like Donny Cates and Saladin Ahmed, who really broke Comics Twitter™ with their respective series, is a delight.