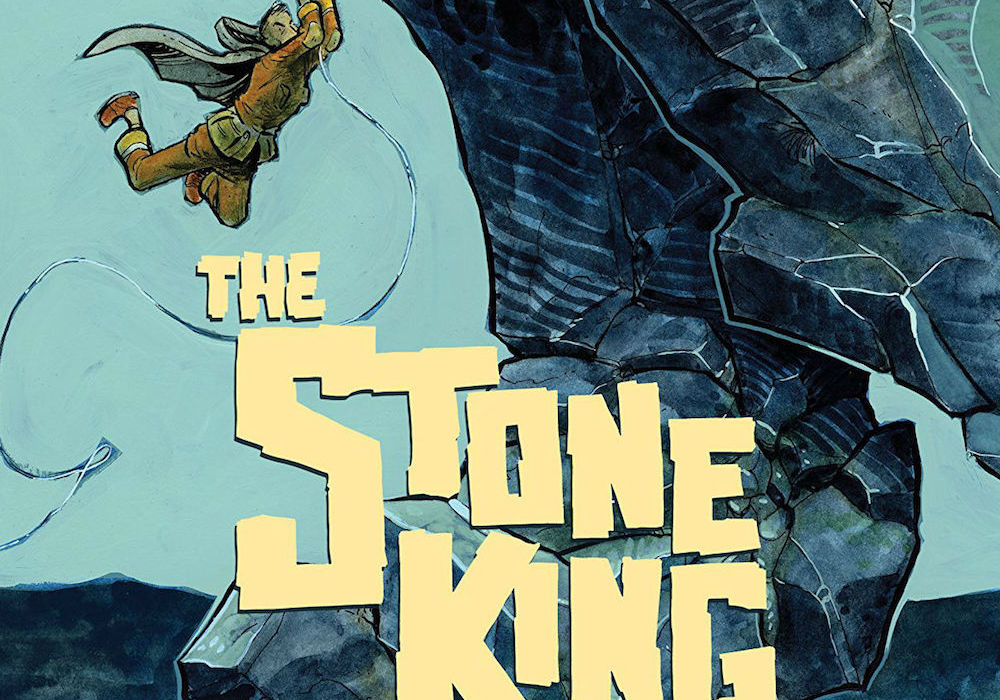 With comiXology Originals really stepping up their game, DC bringing in some Rooster Teeth titles, and Marvel continuing to relegate some characters to the digital realm, this category is looking more diverse than ever before. Let’s hope that this trend continues, and that the days of categorizing digital first comics as just one thing is over for good. 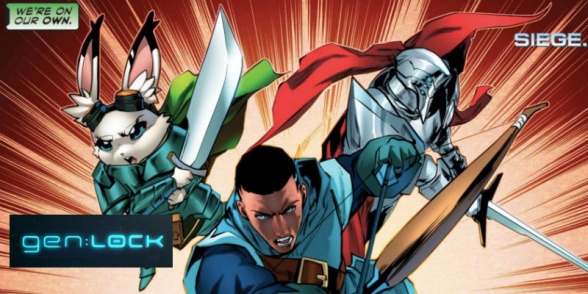 As an adaptation of a very recently released work, “gen:LOCK” has a very devoted early fanbase to please. The emotional connections between the team of soldiers with an intricate connection between their mind and a suit of armor require a lot of focus and expertise in that type of a story, and in that, much like their work with eight issues of Dark Horse Comics’s “Tomb Raider” tie-in comics, Jackson Lanzing and Collin Kelly prove more than capable of handling the challenge. Together, they manage to seemingly effortlessly capture the voices of Michael B. Jordan, Maisie Williams, et al. in their roles, making the entire product feel natural and fun.

Making some minor adjustments to the mythos that seem to mostly make sense within the framework of the characters’ perspectives, “gen:LOCK” follows the events of Rooster Teeth’s eight-episode first season into new ground for a kind of “season one point five,” both enabling newcomers to easily jump in on the story with something of a brief recap and providing new, intriguing material for veterans of the show. Split into a ratio of two digital chapters to each physically released issue, the work comes fast and furious, serious while also keeping an overall sense of some playful fun along the way.

Meanwhile, the art team of Carlo Barberi, Hendry Prasetya, and Protobunker proves to have excellent choices for the style of the comic. Barberi’s work on “gen:LOCK” is highly animated and fun when delving into the fast-paced struggles of a warzone such as that shown within the story. Meanwhile, Prasetya shows his expertise with slower and more horrific artwork from his work on “God Complex” in 2017 by concentrating in on faces and physical damage. Protobunker brings it all together with a heavy use of gradients alongside various splotches of color where appropriate, at times creating an extremely smooth look or a damaged and interrupted one that detracts from the joy a character may have had at the time.

Together, “gen:LOCK” comes around as both an intriguing story for newcomers and an excellent continuation for those who are already fans of the series before DC Comics published this tie-in story. – Greg Ellner

De Iulius’s art doesn’t imitate Gaydos’s style, instead he uses bold lines and dynamic shading that feel more in line with the work of Jamie McKelvie or David Marquez on “Defenders” than the soft, messy noir style of the old “Jessica Jones.” Kelly Thompson compliments this, favouring the modern character-centric detective work she did so well in her “Hawkeye” run, she even keeps the observational polaroids that were so fun in that series! Her writing feels perfectly Bendis-y while being unequivocally her own.

The story itself taps into the most compelling parts of the ‘Purple Man Paranoia’, using Jessica Jones’s past trauma, her commitment to her family and the nebulous threat Killgrave provides to build a constant sense of fear and suspicion throughout the arc. Thompson also writes pitch perfect versions of Emma Frost, Luke Cage and Captain Marvel.

Overall the whole project feels unabashedly human, carrying over the best parts of Bendis’s writing, merging it with the flairs Thompson has learned over her last few years at Marvel. The story is elevated so much by De Iulius’s incredible art that mixes stylish yet realistic pencils and two contrasting yet tonally fitting color palettes to make incredible pages that mirror the best of their inspirations. “Purple Child” proves that Jessica Jones has plenty of good stories in her and not all of them have to be in print. – James Dowling 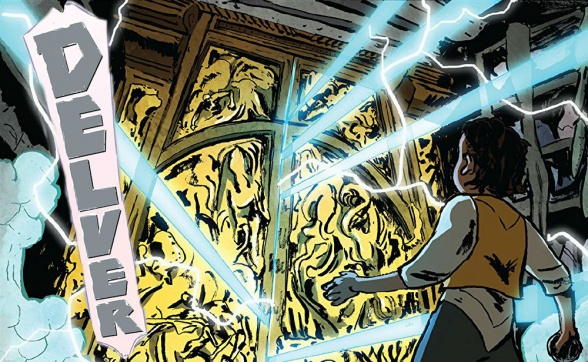 When ComiXology first announced their Originals line up, it seemed interesting but didn’t quite grab me. Eventually “Delver” started coming out and the value of this line of books became clearer. “Delver” with its socially minded twist on the classic video game and RPG scenario is the kind of satire that fits into the comic medium. It also doesn’t immediately appear to fit the type of any publisher (even Spike Trotman’s wonderful Iron Circus.) Artists Clive Hawken and Maarta Lahio bring a lively twist to the well worn fantasy icons. Co-writers MK Reed and C. Spike Trotman bring wit, warmth, and biting commentary on gentrification. This is the kind of book I’d normally pick up on sale based on what I’ve heard about it, but the nature of its digital release makes reading it easier than waiting for a sale to come through. – Michael Mazzacane 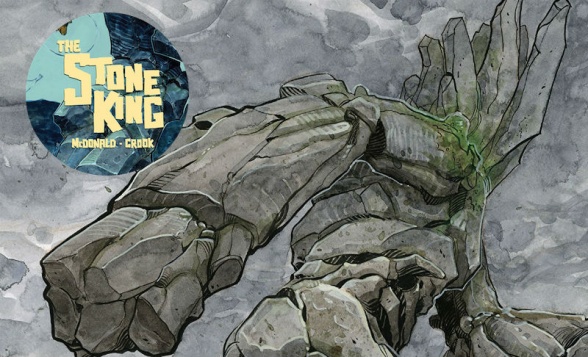 Kel McDonald & Tyler Crook on a book together? Magic moss and strange rocks? More Tyler Crook art?! Sign me the hell up!

OK, let me explain my nonsense intro. “The Stone King” is a fantasy miniseries about Ave, a thief who steals a magic rock from the giant rock creature that lives out beyond the walls of her town, the events that cacade out of that action making up the bulk of the series. It’s an imaginative story that has the breadth and feel of a grand adventure without spiralling out into one. This focus is “The Stone King’s” strongest aspect, if you ask me. It makes the story accessible and allows for a distinct arc reminiscent of stories like “Mrs. Frisby and the Rats of NIMH” or an Ursula K. Le Guinn novel.

Enough can’t be said for Tyler Crook’s artwork. His painted coloring creates an earthy richness to the world that tamps out any digital sheen that may have cropped up and firmly roots us in this stormy, dirt-based world. The characters are expressive and Crook excels at transitioning between action and slower, more intimate moments, allowing his paneling to stretch or contract as needed to fit the pacing.

There’s also an impish energy to the whole piece, even as the stakes get more and more dire, reflected mostly through Ave but also through the details of the environment. Giant turtles in the stables, Nuns with this huge red headdresses, and, well, the titular Stone King, they evoke a fantasy world rooted not in the usual but in hybrids of the unusual and non-European/Tolkien. The ease with which it can be read on ComiXology, especially for Unlimited members, is a boon for this story that might otherwise have been a harder sell.

Thankfully, it was made and we got to enjoy the high tension but restrained story about a girl, her giant dog, and the gem that upended her life. – Elias Rosner