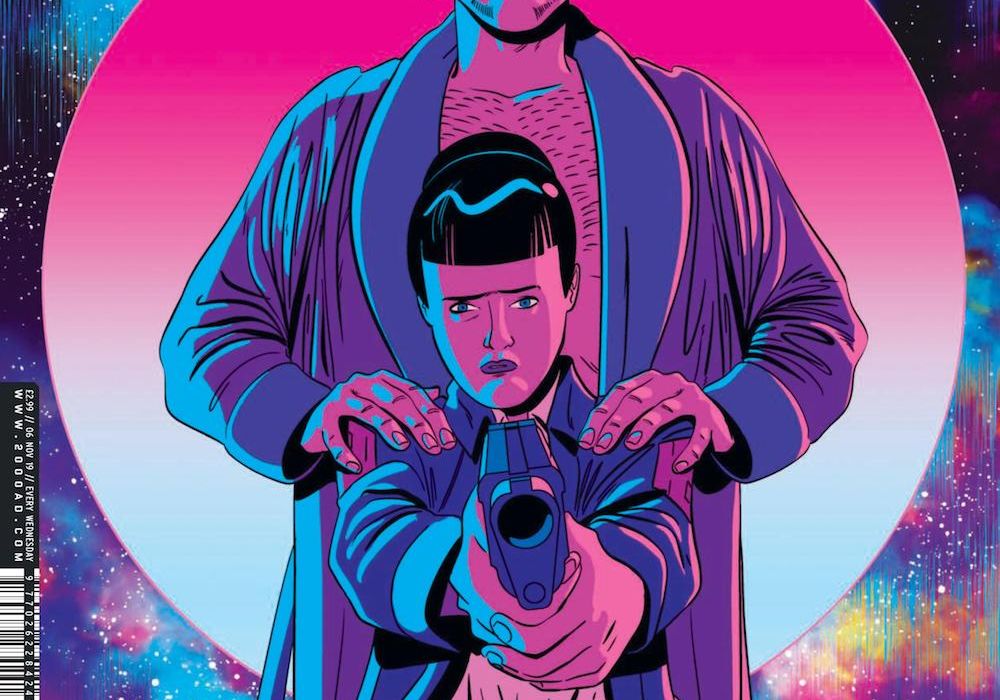 The comics anthology is a rare delight in 2019. Though there are some staples – like the series we are highlighting today – the anthology doesn’t get enough love from mainstream comics. However, instead of cursing the darkness, we are celebrating the light that these three anthologies give off through their interesting and unique approaches. 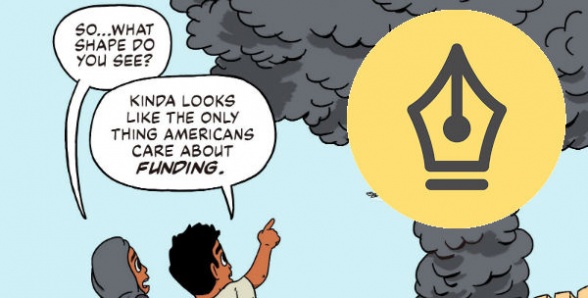 “The Nib” had quite a year as more than just an anthology, more than just a publication, but as an institution. On one hand, The Nib web site, a lively and rare source for political cartoons, comics journalism, and comics essays, began publishing a more traditional printed anthology, “The Nib Magazine.” The magazine anthology is a quarterly collection of themed comics, with four issues based on (respectively) “Death,” “Family,” “Empire,” and “Scams.” They garnered an Ignatz win for Outstanding Series and a Cartoon Crossroads Columbus/Billy Ireland Museum special award. Yet around the late summer, as these plaudits rained down, The Nib’s team (Matt Bors, Eleri Harris, Matt Lubchansky, Andy Warner, Sarah Mirk, and so many others) had to launch a campaign for its survival, as First Look Media cut off its funding and laid off the Nib staff. Turning to its wide readership as a membership/supporter base, The Nib has become an independently funded outfit. That independence may seem a fitting place for the politically progressive Nib to reside amidst corporate media structures. But that doesn’t make it any easier to keep the lights on, which is why editors and contributors for The Nib deserve to applaus for sustaining this anthology–and the platform as a whole–as a distinctive hotbed for scathing political satire, journalistic comics exposés, moving graphic memoir, and thought-provoking cartoon essays. If you haven’t read “Death,” “Family” (my personal favorite), “Empire,” and “Scams” (an eye-opener), jump onto the Nib and pick up your copies…and pardon my PSA, but consider supporting them. The anthology’s diverse entries, from one-pagers and longer-form comics, from cover dress to text pieces, demonstrate how “The Nib” carries the comics torch as gadfly, jester, prophet, and storyteller among our media. – Paul Lai

At the tail end of 2018, Viz made drastic changes to the format of “Weekly Shonen Jump.” No longer a weekly digital magazine, the service transitioned into Netflix subscription model smorgasbord of manga, featuring both simultaneous releases of Shonen Jump manga and a back catalogue of over 10,000 chapters of classic manga series. The loss of the magazine format has certainly been a bummer. Gone are things like creator interviews, extra bits of art, contests, fan contributions, and the weekly survey. Despite this loss, the service is better than its ever been, somehow doubling down on its claim as the best value in all of comics.

If Shonen Jump was just binge-able back catalogue of books like “Naruto,” “Dragon Ball,” and “JoJo’s Bizarre Adventure,” it would be criminally underpriced at $2 per month. Add in the weekly simultaneous releases of titles like “One Piece,” “My Hero Academia,” and “Promised Neverland,” and it’s an absolutely unheard of value. By moving away from the magazine model and its limited page count, Shonen Jump has been able to take more chances with newer titles like “Chainsaw Man” and “Mitama Security: Spirit Busters,” which may not have made it past three chapters of serialization under the old Jump Start system. The model has also seen the return and breakout out success of previous Jump Starts like “Demon Slayer” and “Act Age.” The diversity of genre among running series is extremely impressive, far beyond the “Shonen” name. With titles dabbling in shojo and seinen genres, there’s likely a book for almost any type of manga reader.

The one mark I have against the anthology is that “We Never Learn” continues to be serialized, but I suppose I can live with that when the content is so darn good.- Zach Wilkerson

It is incredibly hard to do a one-and-done anthology, it becomes near-impossible to do an ongoing anthology, –I still mourn the death of Dark Horse Presents– but then, doing a weekly anthology, and doing it for over 42 years is some kind of miracle! That’s why we honor “2000 AD” with the top spot as the best anthology series of 2019.

This year we read a ton of storylines like “Fiends of the Western Front”, “Survival Geeks: Dungeons & Dating,” “Kingmaker: Ouroborous,” “Max Normal: How the Max Got His Stripes” and “Thistlebone”.

We enjoyed two introductory progs, 2123 and 2150; we got prog 2130, a Regened issue after the success of the 2018 FCBD offering, featuring stories of young versions of Dredd, Anderson and Rogue Trooper. Rebellion also published a “Villains Takeover”, the Sci-Fi special as a tribute to Carlos Ezquerra, who died October of 2018 and this year’s FCBD, “Treasury of British Comics Presents: Funny Pages,” that reprinted comedy strips from their imprint.

All that impressive work has been rewarded with increasing popularity of the book, and we can only wish the best to the team for 2020, they have some big stuff coming: A “Best of 2000 AD” anthology, four “Regened” issues, twelve specials, and a board game division; we are also hoping for news about the long-time gestating live action series Mega-City One and Duncan Jones’ “Rogue Trooper” movie. –Ramon Piña