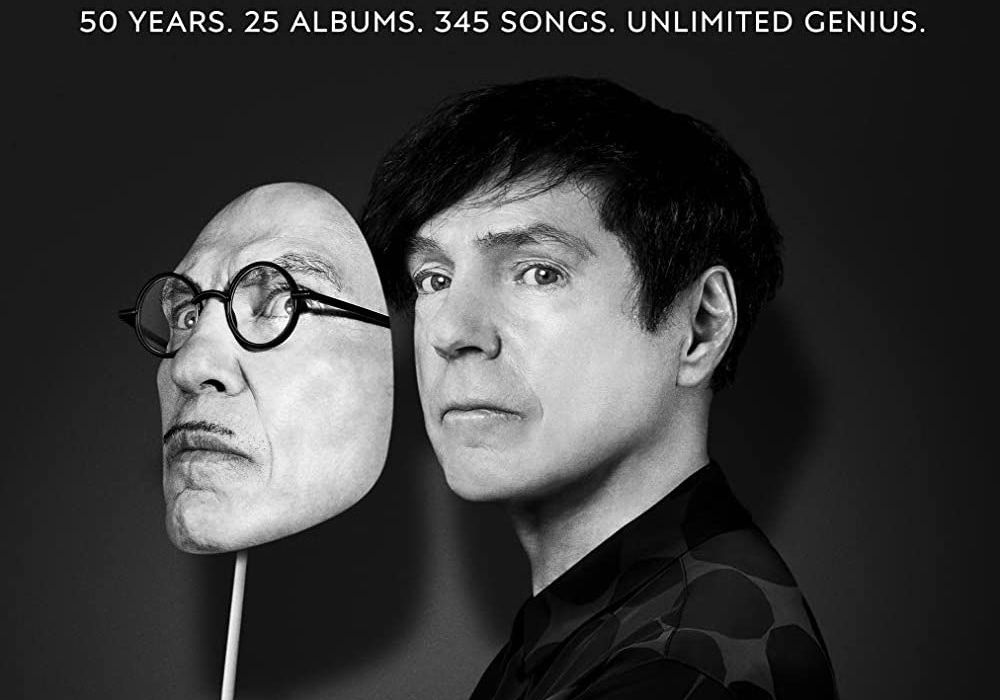 Every year, we send out a survey to a wide variety of creators and ask them questions about the year in comics. We had an incredible response this year, and got creators from all corners of the comics world to weigh in one what they loved about comics in 2021. Every day this week, we will be sharing a different question from our questionnaire.

Thank you to all the folks who took the time during this busy holiday season to reply.

Question #4: what was a piece of non-comics media you discovered in 2021? 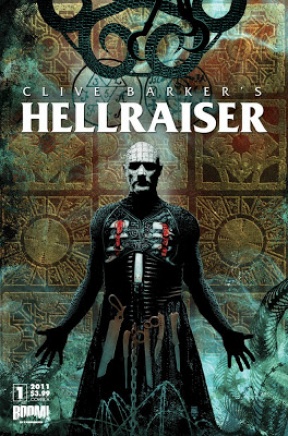 Tina Horn (“SFSX,” “Theater of Terror”): Believe it or not, because it couldn’t be more up my queer horror alley, this year was the first time I read The Hellbound Heart and watched Hellraiser! I made up for lost time by listening to Clive Barker read the book on “tape,” binging several of the movie sequels, and going on my friend’s podcast Girls Guts Giallo to talk about it!

Tom Scioli (“Jack Kirby: The Epic Life of the King of Comics,” “Transformers Vs G.I. Joe”): Edgar Wright’s The Sparks Brothers documentary introduced me to the music of Sparks which I’m now obsessed with.

Wes Craig: (“Deadly Class,” “The Gravediggers Union”): Watching The Underground Railroad was heartbreaking but incredible. Between that and Moonlight, Barry Jenkins climbed to the top of the heap. Also I loved The Great, incredible style and hilarious performances and writing. As for music I was amazed by Sons of Kemet. And for books I’ve been getting into Zadie Smith, late to the game there but oh well, it’s one of life’s pleasures to work your way back through a person’s work.

Nicole Goux (“Everyone is Tulip,” “Bhadow of the Batgirl”): This is maybe more of a 2020 answer, but since season 2 started in 2021 I’m including it. PEN15 is an absolutely incredible show that shoots an arrow straight to the heart of anyone in my generation (or at least it did for me). It’s funny, whimsical, sincere, and heartbreaking. And oh god, the nostalgia.

Sebastian Girner (Editor, TKO Studios): After many years of poo-pooing tablets I purchased a kindle this year to help me do some reading while I rocked our baby to sleep. I had no idea it would help me carve a righteous path through my reading list and now I’m a huge fan. Standouts for me this year were The Night Ocean by Paul La Farge, one of the frankest and most fascinating books about H.P. Lovecraft (somehow both incredibly researched and half-made up) and Between Two Fires by Christopher Buehlman, which I can only describe as like “What if Dark Souls was a novel.”

Steve Orlando (“Commanders in Crisis,” “Maruaders”): I’ll say this – like many people, I was completely taken with Hacks on HBO. I was the most SURPRISED however with the movie Pig. I went in expecting some Cage Rage, but ended up getting what was for me at least an extremely moving meditation on loss, as well as the nature of commercial creativity. I also rediscovered the opera Sadko, and have been looping it while working for most of the year. All that, and Effy’s Big Gay Brunch and Fear the Gay Agenda (with Parrow) wrestling series of events.

Liana Kangas (“Black AF: She Said Destroy,” “Star Wars Adventures”): I’m actually finding a lot of really cool music collaborations this past year. I’ve been digging one called Posse EP that Metronomy produced; it has a ton of really unique voices and styles on the record that seem to fit well together. 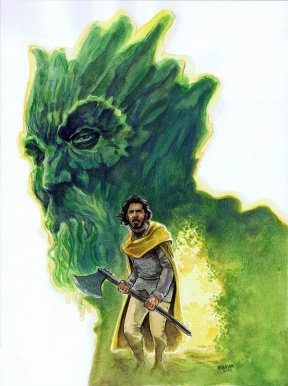 Matt Smith (“Hellboy and the B.P.R.D.,” “Folkslords”): The Green Knight. I loved that film. Music-wise there is too always too much to list. The new Low record is particularly great. So far removed from the band’s early days in its soundscape yet still very much the same Low as always with Alan and Mimi’s gorgeous harmonies at the core.

Vera Greentea (“Grimoire Noir,” “Nenetl of the Forgotten Spirits”): 2021 certainly had some interesting television, and I know this is a question about non-comics, but a film that I found particularly interesting was The Empty Man, which was based on a comic by the same name by horror-maestro Cullen Bunn. I went into it expecting a sort of Bloody Mary fairy tale made for a weeknight with dinner, but instead I got a deeply thought out cosmic horror about the fear and chaos of nothingness. It’s hard to say more than that without spoiling it, but I would absolutely recommend this to a horror fan, especially to one who enjoyed The Ring.

A couple of months ago, I also discovered a show called Cruel Summer, a psychological thriller series about one teenage girl who gets kidnapped and another teen taking over her life. Fast-paced and told over a period of three summers in the 90s, it’s an intense mystery with unreliable narrators, dark secrets, and a very nuanced view on trauma. If, like me, you like a dark thriller for your summer beach reading, this series will satisfy that craving for a cozy, wintery watch.

Coni Yovaniniz (“Walking to Do,” “The Do Over”): I’m very late to this, but this year was the first time I played Katamari…I got Katamari Damacy REROLL for the Switch and it’s just the perfect game for when I’m tired or stressed. Sometimes you just want to roll a huge ball around!

Laurence Campbell (“Hellboy and the B.P.R.D.,” “Punisher MAX”): Well, l’ve recently been watching the Beatles documentary (Get Back) which I’ve loved. For me this is a fantastic observation on creativity and friends. I had goose bumps watching it. You get to see all sides of creativity from the germ of an idea, creative differences and creative connections with each other. The look in John and Paul’s eyes when they’ve got something to work with really captures that moment when the magic happens. I recommend this if you like the Beatles or not.

“Sandman” on audio book. Never read the comic and I’m unsure why as the subject matter which does interest me. The audio book really drew me in and fired up my imagination. Enjoyed my walks in the morning listening to this.

Rediscovered RPG’S this year via zoom with friends. Some of them recommended the Glass Canon Podcast, which has been good fun. Feels like a Radio play in someway and chatting with friends in another. Worthing checking out if you like RPG’S.

Hellboy Bookclub Podcast. This podcast really helped me when the pandemic first hit. With the Podcast I love they go in depth in the reviews but also have fun. You can feel the love. Congratulations to also reaching 150 episode.

Blue Delliquanti (“O Human Star,” “Across a Field of Starlight”): 2020 and 2021 were the closest I’ve had in a long time to appointment television, in that I’d join in on weekly livestreams run by people I know. On Fridays a friend streams a double feature of great/terrible B-movies, and on Sunday the cartoonist Evan Dahm runs “Ambiguity Program,” a Twitch show dedicated to old animated shorts, many of which were made behind the Iron Curtain. So I’ve gotten way more familiar with the works of filmmakers like Stuart Gordon, Takashi Miike, Priit Pärn, and Sally Cruikshank, to name only a few.

Kay Davault (“Oddity Woods,” “Star Knights”): I recently binge-watched Ranking of Kings, it made me cry every episode… I want to see more kid’s series that can be as emotional and heartwarming as this. 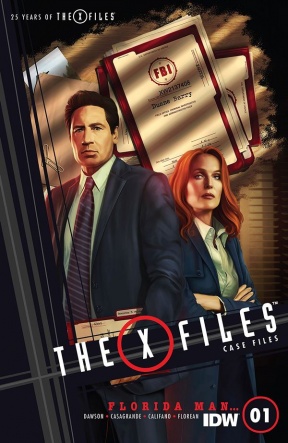 Hayden Sherman (“Chicken Devil,” “Wasted Space”): The X-Files! I finally took the plunge into that show and it’s (of course) great. I’ve barely scratched the surface on it, but it’s a good spooky time.

Rodrigo Vargas (“Walking to Do,” “The Do Over”): The Mitchells vs. the Machines! It’s not a surprise that the movie looks beautiful, but it also speaks a lot to creative kids who just want to do their own stuff with parents who try to be supportive, but have a hard time doing so. Also, a funny movie about phone bad, but also phone bad-bad? Sign me up!

Jeremy Holt (“Made in Korea,” “Virtually Yours”): Michelle Zauner’s memoir Crying in H-Mart. A must-read.

Joe Henderson (“Stagecraft,” “Skyward”): Circe by Madeline Miller — an amazing re-examination of the infamous character through her own POV. What could have easily been a gimmick concept is instead a wonderfully executed character piece that had me riveted.

Shobo (“Buckhead,” “Under a Jovian Sun”): Trese, the animated series based on “Trese” vol.1, by Budjette Tan and Kajo Baldisimo. It was a wonderful introduction to Filipino mythology and every episode pulled you deeper and deeper into this vibrant world brimming with personality and creativity.

Alex Segura (Senior Vice President of Sales and Marketing, ONI Press): Oh, lots. I have a side career as a mystery novelist, so I read a lot in that space. I particularly liked The Turnout by Megan Abbott, Razorblade Tears by SA Cosby, The Collective by Alison Gaylin, and The Other Black Girl by Zakiya Dalila Harris, off the top of my head.