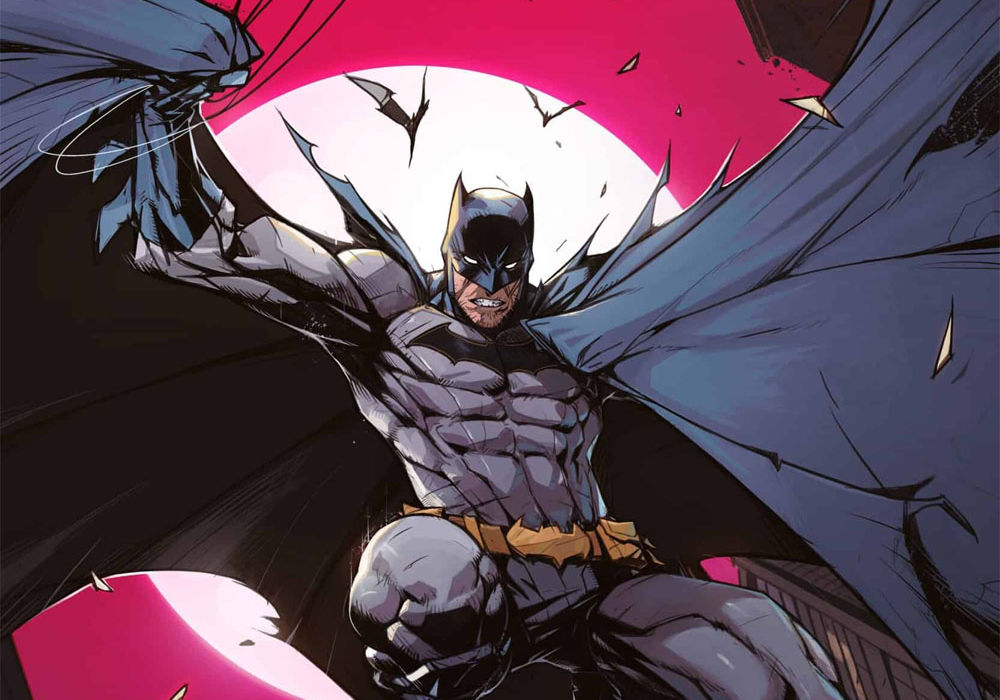 Best Anthology
There was a time when most comics were anthologies. That’s got a lot to do with comics’ relationship with magazines. One of the ways in which a magazine is different from a book is that a magazine often has lots of different stories in it. You’re less likely to find a book like that in 2021, but there are some series still keeping the format alive! Here are our top three anthology comics for 2021. 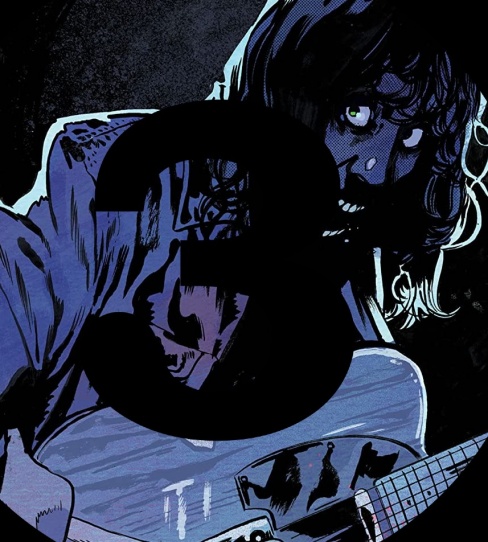 The Silver Coin is probably one of the best surprises of 2021. Originally billed as a five-issue miniseries, sales warranted its conversion into an ongoing. With a strong uniting premise that’s still flexible enough to accommodate just about any potential story, there seems to be no shortage of top tier writers lining up to do an issue. Every issue features art from Michael Walsh, who also happens to be the brains behind the central idea.

It’s pretty simple really – an unsuspecting protagonist gains possession of a silver coin. The coin has some degree of sentience, and by the end of the issue it’s caused the destruction of the protagonist. This is usually through a suitably ironic twist, like granting a wish in an unexpected or extreme manner. The time period of the story has stretched from the far future (issue 4) to the early days of the United States (issue 5).

It’s that fifth issue that offers the most promise for the future of the series. Despite the episodic nature of the stories so far, the fifth issue hints that there may be a bigger story behind the coin, much like 100 Bullets was about much more than 100 bullets. The nice thing about The Silver Coin though, is that even if that bigger story gets cut short for whatever reason, we’ll always have these complete stories to enjoy. – Drew Bradley 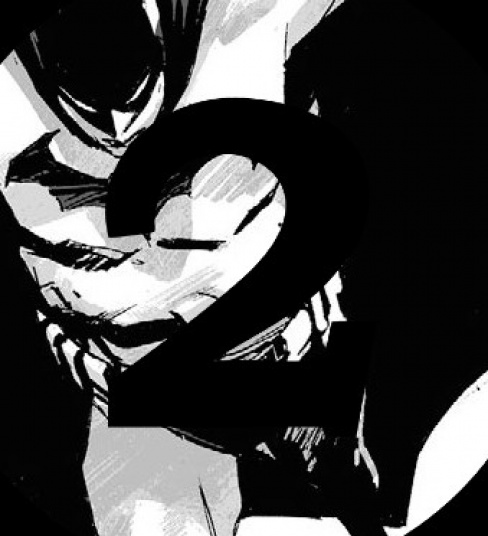 “Batman: Black & White” is arguably the best possible encapsulation of the contemporary era of Batman and its creators, full of dark mirrors, reflections on purpose and contemplations on the symbolism of Batman when taken into the abstract. There’s nowhere near enough time for me to go into the merits of all the stories that deserve it, but I’d be doing a disservice if I didn’t at least try and highlight a few.

Emma Rios’s ‘Sisyphus’ uses an amazing mix of poetry and surrealist art to create a great metamorphic origin for the mentality of Batman.

Tradd Moore brings the best of the Grant Morrison era back to life for a moment in the series debut story ‘The Demon’s Fist.’

David Aja uses the comic strip format to create a pulp, golden-age story of Batman in an occult war bigger than his perception could ever be, yet held at bay by his determination alone. It’s alluringly engaging in both format and contents.

JH Williams III essentially renders a visual poem about Batman that turns out to be a surprisingly touching rally cry around the isolation of the pandemic while spanning Batman’s whole itinerant nature.

Dustin Weaver’s ‘Dual’ is probably the most haunting of all the stories in the book, based on how a simple ‘dark mirror’ concept evolves into a lurchingly unresolved story of irreconcilable horror.’

Kieron Gillen and Jamie McKelvie confused the shit out of me. It was great.

The cartooning throughout “Batman: Black & White” sets a whole new benchmark. Surprising no one, Daniel Warren Johnson, Lee Weeks, Nick Dragotta, Jorge Jimenez, Nick Derington and Bilquis Evely create unparalleled pieces of evocative, art-centric storytelling that perfectly show the best of what Batman can be. Even the pin-ups throughout give the impression that this book really is made for the express purpose of bringing forward art that can highlight new sides to the visual language of Batman and Gotham. Not only is “Batman: Black & White” a stellar story showcase, but this also inarguably shows the perks of giving high-profile creators free range for genre stories that can embrace all the aspects, facets and motifs of Gotham’s Dark Knight.
Continued below 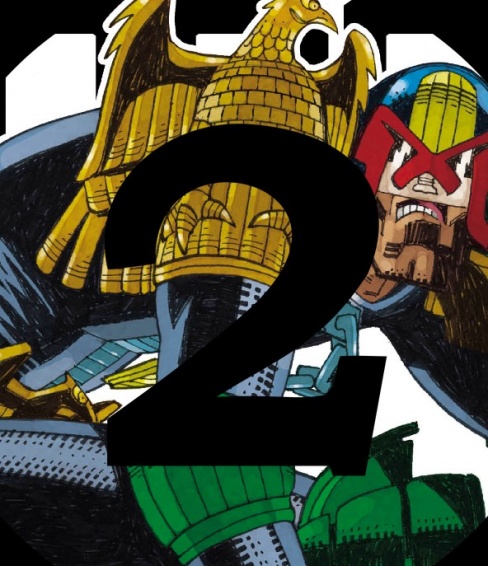 The Dark Knight Detective and the Lawman of the Future have faced off or teamed up numerous times in the past, so why would our Year in Review Best Anthology category be any different? Coming in behind front-runner Batman: Urban Legends and tying for second place this year with Batman: Black & White is the long-running weekly British anthology 2000AD. Comparing the two Batbooks with 2000AD sees their approaches have, intentionally or not, a lot of Thrillpower in their DNA.

For example: 2000AD and Urban Legends are anchored by marquee strips (Judge Dredd & Batman, respectively), but also use that draw to showcase other characters or properties while the reader is still engaged. For Batman, that means Bat-family members like the Outsiders or Grifter or Tim Drake. For 2000AD, that can be ANYTHING; from Celtic barbarism in “Slaine” to War of the Worlds-continuation “Scarlet Traces” to galactic photojournalism in “The Out” to Roman sword&sandalry in “Aquila” and all points inbetween. And while Urban Legends is still monthly, 2000AD goes full out every week. (2000AD‘s Dredd-focused sister comic, the monthly Judge Dredd Megazine might be a slightly closer comparison to Urban Legends).

Looking at Black & White points out the other anthology strength 2000AD uses to its advantage: one-off stories that, because of their limited commitment, can attract creators too busy for longer runs. From “Tharg’s 3rillers” to “Time Twisters” to the famous “Future Shocks” to guest spots on established properties, there’s always a place for your favorite creator to come work some Thrillpowered magic at 2000AD.

Good to see even an old man like Batman can learn a thing or two from the young turk Dredd! – Greg Matiasevich 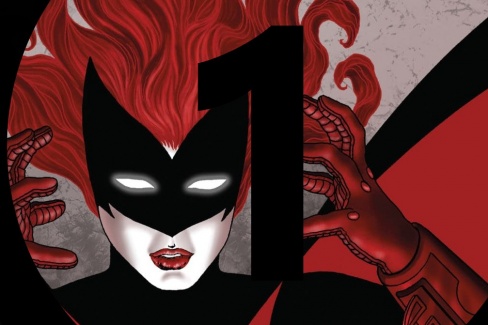 One of the inherent truths of anthologies is that, sometimes, you’re not going to love everything inside. The mixed bag nature of an anthology means that more chances can be taken, more talent represented, and more potential problems for your particular tastes may be triggered. But in an industry that’s mainstream seems constantly constricting and limiting the flavors available to the general readership, an anthology offers at least the illusion of diversity of product.

The fact that DC is doing an in-continuity anthology spotlighting various members of the Bat-family seems almost crazy, based on their noted revulsion to the anthology over the past 25 years. This book allows there to be stories focused on Tim Drake, Azrael, Tweedle-Dee and Tweedle-Dum, Batwoman, the Outsiders and, most especially in its first year, Jason Todd. The Chip Zdarsky-penned and Eddy Barrows and Marcos To-drawn (well, mostly drawn) story is, potentially, the best Jason Todd as Red Hood story ever told, but certainly in the top 2 or 3, and easily the best solo Red Hood story in over a decade.

This title allows DC to both keep their line small and allow new creators to push out stories for characters without their own titles. The only shame of this book is that DC is just doing one of them; we need books like this in multiple corners of the DCU. Let’s hope that the success of “Batman: Urban Legends” pushes DC, and Marvel for that matter, to bring the anthology back into prominence. – Brian Salvatore