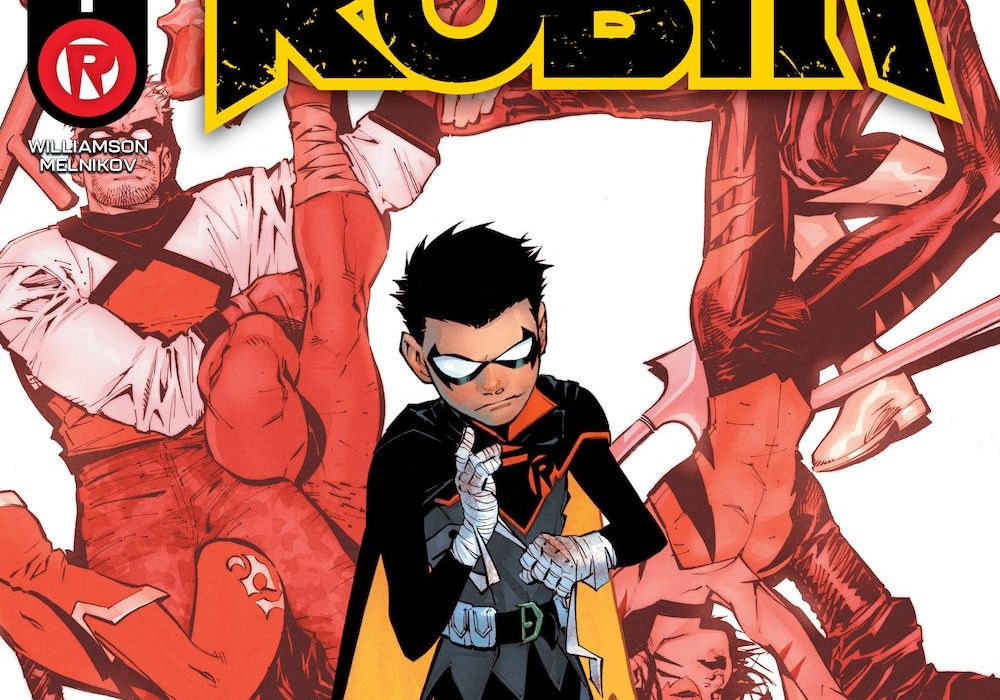 Breakout Artist
The ‘Breakout’ Categories are among our favorites each year, but also present challenges. How do we determine who is a breakout talent? We have a sort of internal logic, but we still debate these categories more than any other we put together. That said, we’re very proud of this list, and hope that you guys enjoy this list of the breakout writers of 2021. 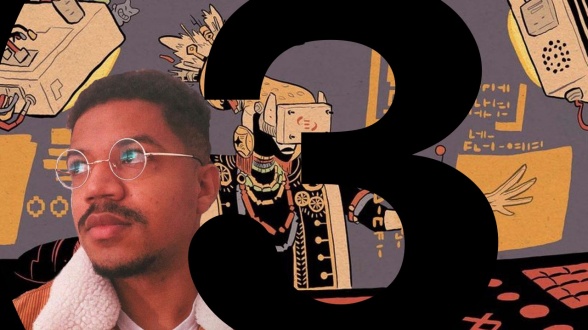 Every now and then, a signature artistic style starts popping up in comics, on covers, in preview pages, and it’s just so good, it’s just so perfect a mix of recognizable visual influences yet so distinctive and fresh, you just fall in love with the medium again.

Juni Ba was that artist for me in 2021, gracing various variant covers with that playful, sometimes frenetic, boldly patterned aesthetic. Some of that Powerpuff Girls or Samurai Jack cartooning. Some Mignola-esque columns of shadow. Some sprinkles of European and Asian styles, but also recognizably African influences.

Those “TMNT” or “Shazam” covers by themselves would have just added fun, fine variety to the “Cover Artist” category, but no doubt the “breakthrough” part of Juni Ba’s comics art arrival rides on “Djeliya,” his graphic novel from TKO this year. “Djeliya” answered three key questions for me about Ba’s art. There was no question the style could look amazing. But “Djeliya” carried off convincing character expression and emotional development within those iconically drawn figures. The sequential art visual storytelling was not only legible, it was engrossing. And the ability to ground the tales in settings both mythical and urban, both moody and mystical, demonstrated Ba’s gift for drawing not just cool images but inspired, remixed worlds.

Coming up: “Monkey Meat” from Image Comics. There are few comics I’m more excited about in 2022. – Paul Lai 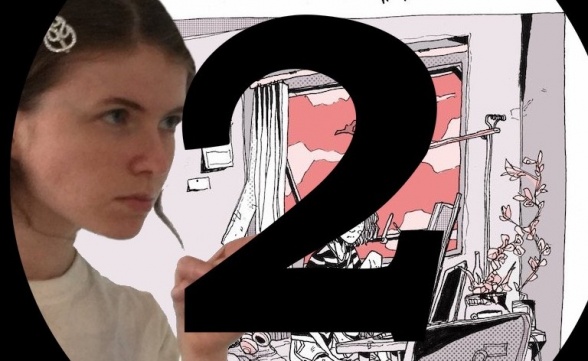 Though her first major work dropped at the close of 2020, I voted for Zoe Thorogood for this year’s breakout artist award because I didn’t get to read “The Impending Blindness of Billie Scott” until *this* year. Call it favoritism, perhaps, but I was simply so stricken by Thorogood’s book that it stuck with me, and I couldn’t help but try and find a way to recognize her work in some way.

Describing her art is difficult, however. Her lines do not seem rushed, nor are they particularly clean, either. There is a cartoony expressiveness, and yet her work is also detailed and textured. She shows clear skill with a pen, but she also manages to create very raw and unfiltered drawings. She seems to be adopting some manga influences, particularly with inking, but her style is very hard to pin down. Thorogood’s work on “Billie Scott” is impressive from an artist so young, and the confidence on display – with panel layouts, with her selective use of color, and even the storytelling choices, are all so exciting in recognizing her potential. Sure, the graphic novel succeeds on its own and should be celebrated as an exciting debut, but I can’t help but marvel at what a book with this kind of talent already displayed portends. For 2021, the young creator has kept busy working as a cover artist, and here too, she shows a preternatural skill to know what makes for good covers – a blend of iconic imagery that draws the eye, and a smart use of color and negative space – check out her “Ice Cream Man” #25 cover for a great example. Zoe Thorogood is a talent I was excited to discover this past year, but I might be even more delighted for what the future has in store for her. – Johnny Hall 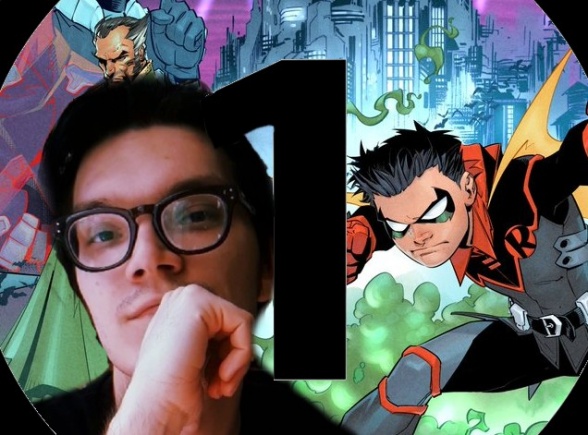 In the final days of 2020, a truly cursed year by all counts, a comic artist named Gleb Melnikov made some waves on Twitter. In a tweet, Melnikov highlighted a segment of a comic that was quite popular at the time. His point, which got lost in the uproar, was that cape-comics should be all-action. They should show, not tell. There was a bit of controversy and a bit of conversation about the medium and the ways it has and hasn’t changed over the years. As comic discourse typically goes, it was mostly forgotten a few days later. Except for the fact Melnikov, in his own way, continued the conversation by creating some of the best, most bombastic and beautifully crafted cape comics of 2021.

Melnikov kicked the year off strong with his work on the “Midnighter” story that ran in “Future State: Superman: Worlds of War” #1. Channeling that early Wildstorm energy, Melnikov delivered a visually striking sci-fi thriller featuring techno-organic super soldiers that shot bullets from their gatling dicks. Colored by Jordie Bellaire, the surreal hyperviolence of “Midnighter” was among the artistic best of “Future State,” an event which rested on the strong efforts of its talented artists.

Melnikov passed the “Midnighter” baton over to Michael Avon Oeming when he took on his career defining work on “Robin” with Joshua Williamson. Patrick Gleason had spent nearly a decade at this point defining the look and style of this Robin, so taking the reins was no short order. In the pages of “Robin,” Melnikov has managed to blend a bit of 90’s action flair with a lot of Shonen manga, a brilliant stylistic marriage that feels wholly separate and unique from the rest of DC’s catalogue. Using the backdrop of a tournament to the death, Melnikov has managed to back up his critiques with his own pen, crafting an terrifically engaging story that melds compelling plot with thrilling action in a near perfect balance.

In the first issue of “Robin,” Williamson’s script is sparse, entrusting much of the storytelling to Melnikov. Melnikov layouts are typically simple in their construction; it’s rare for his pages to feature more than six panels. In a page introducing the character Flatline, Melnikov employs multiple perspectives to convey the sense of movement and progression. It’s a deceptively simple page with its lack of background and limited color palette. The top panel, taking up most of the page, is framed over Robin’s shoulder as Flatline rushes on. Just below, in the negative space, the duo dance in a flurry of kicks and punches. At the bottom, two small panels put a period on the sequence, leading to the issue’s dramatic conclusion.

Some might take umbrage when a new, relatively inexperienced writer decides to lob some bombs at the comics establishment. When said writer has the artistic chops to back up said bombs, however, it may be worth taking notice. Melnikov’s work speaks volumes, which is why Multiversity Comics has voted him the Breakout Artist of 2021. – Zachary Wilkerson