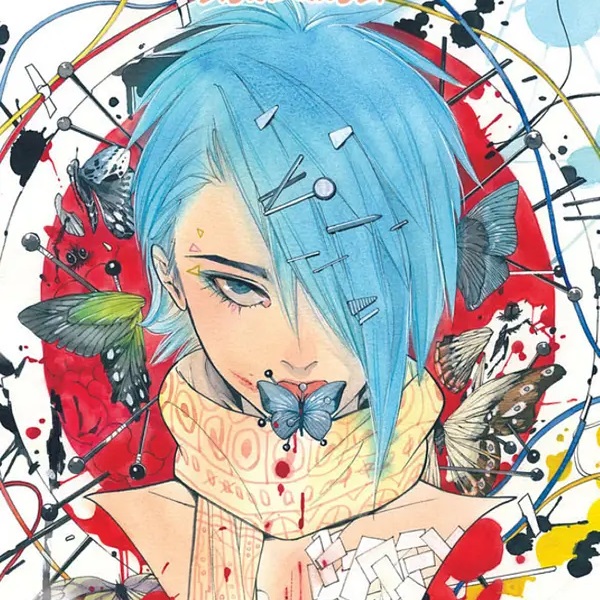 Best Cover Artist
There are those who will tell you that you can’t judge a book by its cover. Comic fans know better! Covers are meant to sell books, to draw readers in. Sometimes they tell stories of their own. Sometimes they even lie! Regardless of their intended purpose, we take time every year to pay tribute to our favorite cover artists. Though some of them also may do interior comic art, we are focusing on the cover work by these talented individuals. This year our top three expanded into our top five. Here they are. 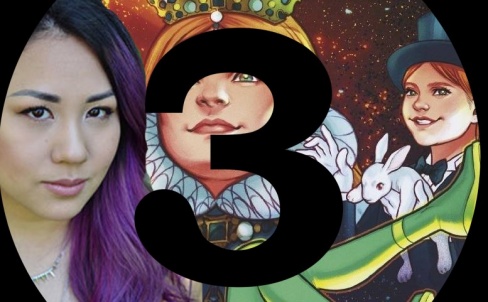 Honestly, Jen Bartel is one of those artists that has garnered such a strong reputation that at this point, we only have to name drop and people would be nodding their heads in approval. They’ve appeared on our yearly lists multiple times before, and have appeared on our cover artists list two years in a row for good reason: they’ve consistently delivered head-turning cover work.

Bartel started out the year incredibly strong, designing a line of variant covers for Women’s History Month in March. These were covers as sleek, gorgeous fashion magazines, with Bartel painting characters from Shuri all the way to Patsy Walker in a stunning pin-up style that feels modern and bold, with a whole bunch of outfits I personally want to steal. It was a crowning moment for Bartel, getting to design a whole line of covers for one of the most important months of the year, and though Marvel could have done a better job hawking it, Bartel brought her best, with clean lines, realistic and diverse bodies, and endlessly vibrant colors. The cover that nailed me, however, was Bartel’s “DC Pride” variant. Even as someone who’s not the world’s biggest Harley Quinn or Poison Ivy fan, Bartel’s cover has such a warming and beautiful queer energy, focusing in on the hottest superhero couple of 2021 in a quiet, intimate moment with lush coloring that fits tonally with the Pride month palette.

As someone who is usually a nitpicker for buying a comic’s “A” cover, I will always cave for a Bartel variant if I see one, and that has absolutely been the case in 2021. I can’t wait to see their work brighten my LCS’s shelves in the future and eventually see more of their sequential work, too. – Rowan Grover 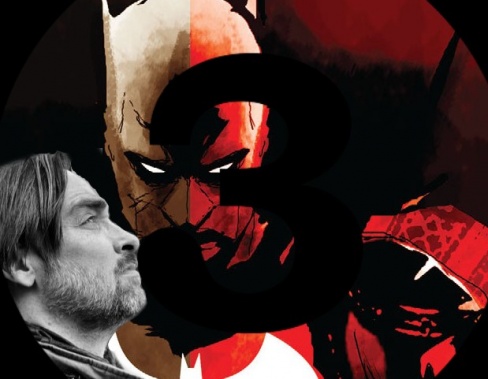 While Andrea Sorrentino did not do a ton of covers for 2021, the ones he did were top-notch and fit for those books. The ones that stand out the most in my book are from the series “Prodigal” from Image Comics. Each issue has a different animal on the front that later gets introduced to the story, but the covers stand out because it makes the reader wonder what kind of tale this could be.

There are very few other descriptive elements that give clues to what the story is, and I think that’s one of the keys for Sorrentino when it comes to creating covers. He wants to draw the audience in from the very beginning, and by using an animal in an experimental state, it begs the question, “What is happening?”

Now he does get to play in Gotham with the “Batman: The Imposter” mini-series whose covers seem to focus on the Dark Knight by using dark inks and two primary colors, red and dirty brown. This falls into the storyline that there may be a Batman impersonator messing with the good that the original has made. Sorrentino can give clues to the readers but loves to play in the shadows to make them pick up the issue and see what is inside for themselves.- Alex Manzo 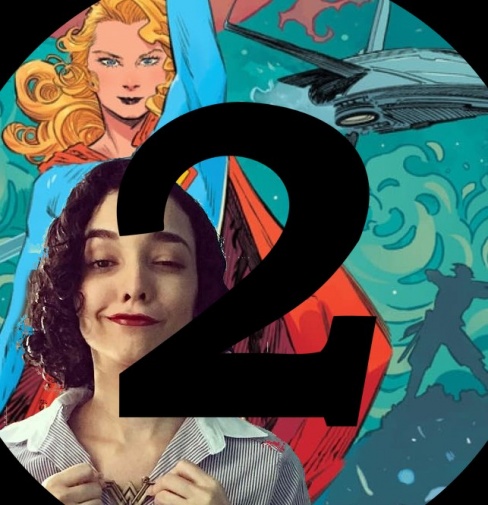 When “Supergirl: Woman of Tomorrow” was announced in March we were treated to the cover of the first issue by Eisner nominated artist Bilquis Evely. This one piece of art alone sparked intrique and questions. What is this sword? Who is this mysterious alien girl and what kinds of space adventures would they be going on? The sword and pose were reminiscent of Eduardo Barreto’s cover for Superman Annual #10. Could this be a call back to The Sword of Superman? Her 5 covers published in this series so far have done what the story does; put Supergirl and co-star Ruthye at the center of a universe and adventure as large as imagination. Her covers for this book are full of the detail and wonder that Evely has become famous for. From an intergalactic bus stop to a dinosaur on a planet with a green sun her covers are full of detail and each time make me wonder what is inside the book. The covers become even better after you’ve read the book. You can see how she has hinted at the story and given you a taste of what is to come in the way the best covers do.

We were also blessed this year with her variant cover to “Wonder Girl” #1. Colorist Matheus Lopes explained on twitter that the cover was inspired by a real occurrence in the Amazon rainforest during flood season. Bilquis uses this as a perfect backdrop for Brazilian Wonder Girl Yara Flor. – Matthew Vincenty 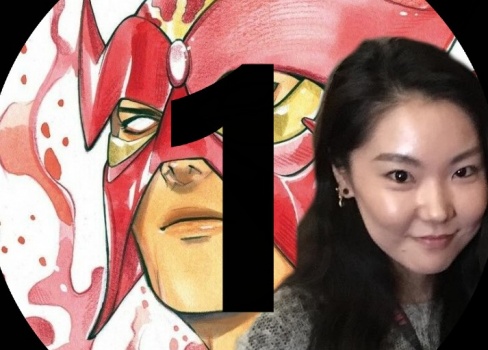 Describe one of Eisner-winning artist Peach Momoko’s comic book covers and you’ll start running out of superlatives pretty quickly: breathtaking, astonishing, gorgeous – these and dozens of other glowing descriptors can easily be applied to her work. Her bold, uncomplicated compositions are elegant in their simplicity; her linework is clean and assertive; and her character work is exquisite.

Momoko’s distinctive style is often Anime or Manga inspired with one or more beautifully rendered, fully realized characters as the point of focus. Whether it’s Scarlet Witch (“Women of Marvel: #1), Groot (“Guardians of the Galaxy” #16), Spider Gwen (“Amazing Spider-Man” #70) or Conan (“Conan the Barbarian” #25/#300), Momoko has knack for subtle yet unambiguous facial expressions, posture, body language and pose that lay bare a character’s essence and reveal their humanity. These are far from 2D character types. They’re deceptively simple – but not simplistic – living, breathing beings that have a story to tell.

Last year, Momoko earned one of eight spots in the inaugural class of Stormbreakers: young illustrators chosen by Marvel for their style, creativity, and groundbreaking portfolio work. This year, she cut loose on a collection of 12 anime inspired variant covers for some of Marvel’s hottest ongoing series. Working with an eclectic mix of beloved and somewhat lesser known characters, Momoko’s work is simply dazzling. Her archetypal yet singular takes on Wolverine (“Wolverine” #14), Luke Cage (“Avengers” #46), Carol Danvers as Captain Marvel (“Captain Marvel” #30), Beta Ray Bill (“Thor” #16), Green Goblin (“Amazing Spider-Man” #70) and numerous others are as imaginative as they are iconic, immediately working their way into the pop culture pantheon. Stripped of extraneous details against a plain white background, Luke Cage, for example, exudes a calm, confident defiance – a badass who’s ready for anything. Much like Momoko herself.

From Vampirella to Power Rangers, Blade Runner to Dare Devil, there seemingly isn’t a franchise out there she can’t reimagine with her keen eye for detail, brilliant linework and uncluttered compositions. There are plenty of comic book covers that stand out on the shelf. Peach Momoko’s look you straight in the eye and demand your attention. – John Schaidler