Best Digital First Comic
In just a year, the idea of digital first comics has completely shifted. Substack has emerged as a major player in this field, comiXology Originals has added some major star power to its roster, and DC and Marvel have continued to push out new titles first via their digital platforms. Let’s see how the field has changed in 2021. 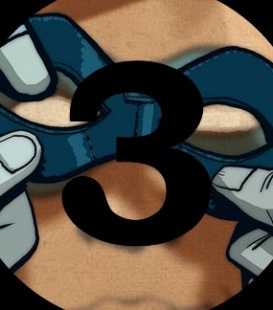 When the New York Times broke the news on Substack’s more concerted effort to expand into comics in August of this year, knowledge on how it would manifest was murky at best. 4 months plus change later, and the answer still isn’t entirely clear. However, Chip Zdarsky’s “Public Domain” shows exactly what the platform could be for comics.

“Public Domain,” follows the family of the artist behind world-famous comic character, and contemporary cinematic juggernaut, The Domain, showing the disparity between the success of the ‘brand’ one artist helped create, and his own middling appreciation for the achievement. Obviously the biggest touchpoint for this allegory seems to be the ongoing legal battle between Marvel Comics and the families of iconic creators like Larry Lieber, Steve Ditko and Jack Kirby, where corporations thrive without ingenuity, artists are exploited for their altruistic creativity, and writers only remain in relevancy based on their ability to create a persona from their own identity. But even then, it feels effortlessly bigger than that due to how perfectly it slots on top of the current rhetoric around comics, perfectly showing the uncanny similarity between the exploitation of creators in the 1960s and now in the 2020s.

But most importantly, “Public Domain” is just funny in a way most books can only strive to be. This book uses the best kind of satire to skewer the industry, “Public Domain” isn’t trying to make this argument austere, it’s not putting the art on the pedestal or leaning into tortured artist stereotypes, but instead makes the whole story more relatable just through the everyman qualities and corporate impassivisity fighting one another at its centre. Hopefully this comic can give readers some infrastructure in order to talk about this topic better for years to come, if any book could achieve it, it’s this. But if not, we will always have the laughs along the way, and one creator’s labour of love about our labours of art. – James Dowling 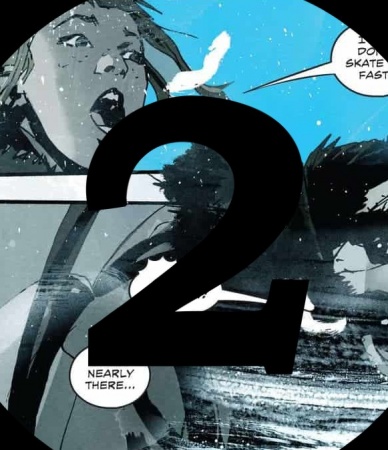 Jeff Lemire is a wonderous writer with excellent ideas and the ability to make just about anything earnestly about family without it feeling trite. Jock is an accomplished artist who captures the beauty in the bleak and the tenderness in the tragic. Steve Wands is a luminous letterer who transforms a page from legible to legendary. “Snow Angels” put the three of them together for ten issues and it was a sight to behold.

The basic premise of “Snow Angels” is that of a post-apocalyptic ice age, where the Trench is all our main characters know and where there are only three rules, passed onto them by their father. The narrative is tense and twisty, full of sci-fi developments and a plain-old thriller tone but what makes “Snow Angels” number two on our list is the aforementioned focus on family. It’s not enough to give us a tale with themes of the destructive nature of extractive capitalism and the dangers of dogma; there also has to be a reason to follow these particular characters.

Lemire, Jock, and Wands do just that, with two sisters who love and fight and struggle to make their way to safety in a world that will do anything to keep their family together. While the larger than life aspects of “Snow Angels” are intriguing, the true meat are the ways these aspects act on and are acted upon by Mae and Milli. Come for talk of the Colden Ones, stay for the sisterly drama and bonding. – Elias Rosner 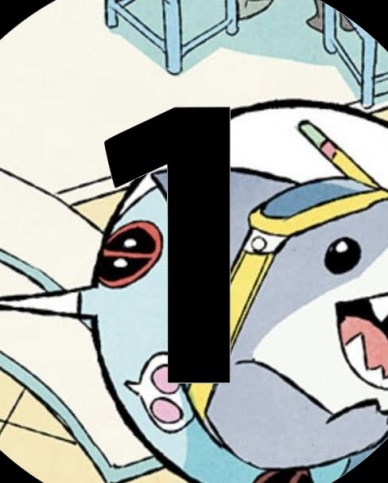 What do Loki, Agatha Harkness, and a baby landshark named Jeff all have in common? Unexpected fame. They all weren’t the marquee names in the properties that launched them (Thor, Wandavision, and “West Coast Avengers,” respectively) but they broke out and left the largest impression on fans. And what often follows after this surprise stardom is their own starring role. Thor’s mischievous brother got his own series on Disney+, and Agatha Harkness now has one of her own in development. As for that sweet baby landshark Jeff, he now has a starring role in a new Marvel Unlimited Infinity Comic, “It’s Jeff!” We at Multiversity have always loved Jeff (see our Saturday Morning Panels installments for much Jeff love during the “West Coast Avengers” and “Deadpool” runs), and we’re pleased as punch that Marvel saw fit to also have him carry his own series.

The stories in “It’s Jeff” are simple, but they show just what Jeff does best: get into all kinds of shenanigans, but his innocence and charm ensure that people don’t stay angry with him for long. Think of him as a G-rated Deadpool. Kids of all ages can relate to Jeff having some creative fun in the bath or dressing up as a bouquet of tulips in Holland. And there are gentle life lessons as well, such as the importance of sharing with those less fortunate. There’s no overarching story connecting the issues, so you can hop in and out of issues as you see fit. Cameos from classic and contemporary Marvel heroes, from Captain America to Kate Bishop and Miles Morales, keep the stories timeless and not tied to any one particular Marvel Universe.

These are all wordless stories, so Gurihiru’s artwork has to set scene and build tension, all while keeping the lighthearted tone of Jeff — superbly executed in each issue. It’s a lot for any artist to just work off of a description of a scene, but Guirhiru takes Kelly Thompson’s set pieces and crafts them into something simple, joyful, and fun, all while telling an effective story. If you’re looking for comics for the youngest of readers, you certainly can’t go wrong with this series.

While there will be more “It’s Jeff!” stories in 2022, could an animated series be far behind? I certainly hope so. But I’m happy to just have more Jeff back in my life on a regular basis. – Kate Kosturski