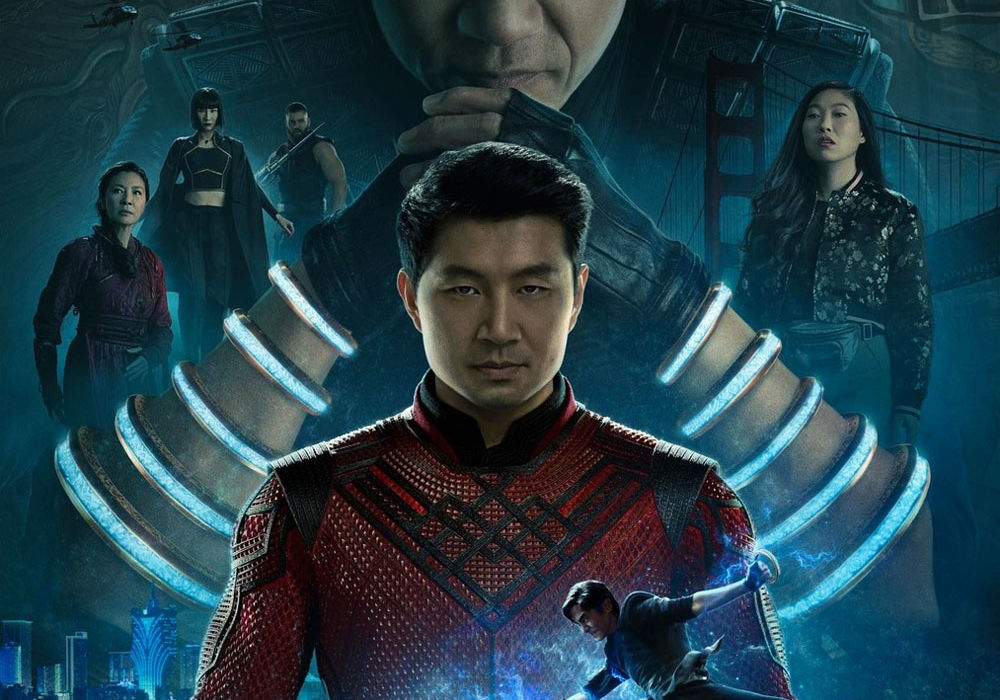 Best Film Adaptation of a Comic

After a very slow year of film releases in 2020, the floodgates opened up a bit this year – that said, wait until next year. Great googly moogly. Anyway, our staff had some strong opinions on the comic films of 2021, and chose these three as their favorite of the year.

Note: we know that this is coming out before the release of Spider-Man: No Way Home, and will consider that a 2021 film in next year’s Year in Review. 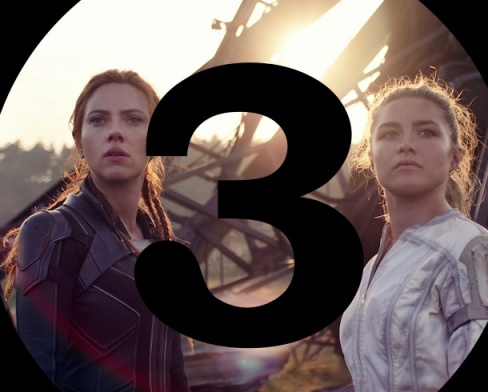 At first glance, Black Widow is your basic MCU movie. An opening action sequence, tense personal relationships, funny quips, a near-impossible quest, and a big action climax. But underneath, Black Widow is a movie with something to say: Women heal each other.

The first time I watched it, I stayed annoyed throughout the entire movie. Natasha was dead and this spotlight was far too late. No growth she experienced during this film would stick because she wasn’t coming back. To add insult to annoyance, Black Widow provides Nat, finally, with a family, including a beloved sister.

A happy ending that isn’t happy because Natasha dies and her sister, who needed her so much, is left alone again. Ouch.

But the second time, I watched Black Widow with fresh eyes. It is a movie about rage: against a system that’s discarded Natasha and her sisters; against a system that destroyed her family; against a world that used and discarded so many women like her. No wonder Natasha hates rules. Rules are the enemy, rules destroy what she loves. Yelena sees that and opens Natasha’s eyes to what she’s been trying to forget. They will save the other widows or die trying.

Sure, they rescue “Dad” at first but only to get to the men who were in charge of him. I love his role in this movie, which is to show that however well-meaning he might have been, he’s only vaguely aware of the damage that he’s caused. I love that this movie also allows him to be aware of that. But when he mentions their “mother,” Natasha and Yelena’s priorities instantly change: they’ll find her. They’ll convince her to help.

But can they? There’s a hint they might reach her in the opening sequence, as the “fake” family readies to escape from America. Mom says she doesn’t want to leave. It’s a quiet statement, easily missed, but it’s full of pathos. (Rachel Weisz is wonderful.) Mom wants her family. When she’s too injured after the escape to protect the girls, Natasha takes up the role.

But the family is broken anyway, by the men who betray them. It’s those men who brainwash or maneuver the women into a position where violence is the only answer. The villain is even willing to use his own daughter as a guinea pig, just one more tool in his arsenal. Will the women stand together in the end or will they give into the patriarchy?

This is Natasha. She’s going to destroy the patriarchy, of course, and save as many of the other widows as she can. That includes her sister, her mother, and even her enemy, the Taskmaster, whose personality and even her gender have been subsumed by her father’s need for power.

Yes, it still frustrates me that Natasha is killed off after this whole storyverse has been opened for her. But after a second viewing, I can be excited about Yelena’s story, about what she’ll do next, and what the rest of the widows may do to save others like themselves. I can only hope that, with Yelena’s upcoming appearance in the Hawkeye show, that the MCU doesn’t botch what Black Widow built, just as they botched their overall handling of Natasha Romanoff.  – Corrina Lawson 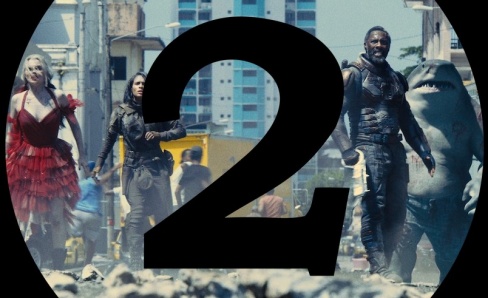 There are very few directors that still have blank checks in modern Hollywood: Christopher Nolan & Quentin Tarantino are examples, they will get the budget they need, big theatrical windows, or even copyright of their movie. Then, there’s James Gunn. You might know the story, right wingers resurfaced old tweets (for which he had already apologized), Disney fired him, Warner promptly hired him, only to be reinstated immediately as director of the upcoming Guardians of the Galaxy Vol. 3.

And that’s the gossip side of the story, an emotional ride on itself, Gunn got a blank check within the DCEU, making The Suicide Squad, which can be defined (just like a comic-team making a new volume of a previous book) as not-quite a sequel, but a continuation on its own terms.

The Suicide Squad is a lot of things, it is a personal exploration of the ‘rejects’ in society and what they have to say, their voices; it is a superhero movie with a lot of hearth, where I laughed and cried, and my mind was blown. It also is a deliberate experiment on the gross, with rats at the center stage, eating parts of an alien star used to experiment on people; here, Gunn tried to use his sensibilities to create wonderfully disgusting images, after all, he is a Troma alumni.

Something that Gunn also excels at is his casting choices, Idris Elba, John Cena, David Dastmalchian and Daniela Melchior joined Margot Robbie and Joel Kinnaman from the previous movie to create a set of characters with worthy stories to tell, from Polka-Dot Man’s motherly fixation, or Ratcatcher’s life lessons from his father, to Harley Quinn becoming wiser, or that whole mess named Peacemaker that will be explored in his own show. Every actor geve their best, giving us really memorable scenes.

James Gunn gave us an intimate story that works both as a reflection of the past mistakes someone does, and as a fun action-comedy romp, critical of the US’ interventions on other countries. The Suicide Squad is a worthy movie to experience, with many layers yet to be explored. – Ramon Piña 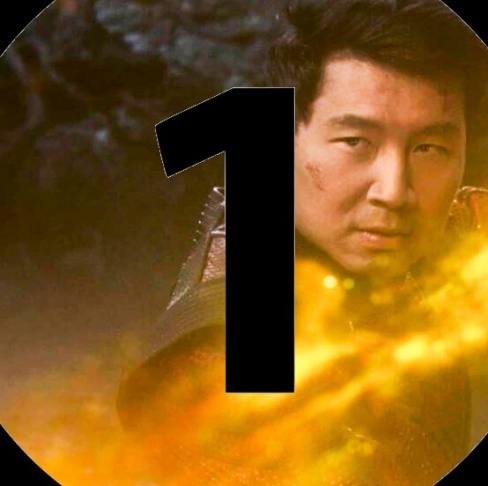 1. Shang-Chi and the Legend of the Ten Rings

The pandemic slowed a lot of Marvel’s momentum coming out of Endgame and Far from Home. After what seemed like an eternity, we finally got Black Widow, which was supposed to kick off the next phase but ultimately felt like a throwaway flashback that served as a backdoor pilot for Yelena instead of a spotlight on Natasha. As the next MCU premiere neared, my enthusiasm was lower than it had been since I skipped the first Captain America to watch Ryan Reynolds in Green Lantern. By the time Shang-Chi and the Legend of the Ten Rings was over, however, my attitude had done a complete 180 and I found myself anxiously awaiting whatever would come next.

I had no baseline for the character Shang-Chi going into this film. I think he was in “Ultimate Spider-Man” once, and that’s was the extent of my experience with him. Up until he told us his name on screen, I was still under the impression his first name rhymed with “bang” and his last name sounded like “chee.” In short, I was completely unprepared for anything I was about to see.

Shang-Chi had it all. Humor that made me laughing in the theater. Dramatic family conflicts that resonated. Mysteries that kept me guessing. Innovative action scenes that were easy to follow, but were unlike what we’d seen before. Ties to other MCU films that weren’t intrusive or confusing for new initiates (they exist). A villain with a motive so sympathetic that I was rooting for him to be redeemed. A conclusion that was both satisfactory and left me wanting more. On a larger scale, Shang-Chi restored my interest in the MCU and created excitement for upcoming chapters like “Eternals” that I hadn’t felt before.

A large part of my personal enjoyment of Shang-Chi came from low expectations and unfamiliarity with the story. Maybe your experience was different, and if so I’d be curious to hear it. Maybe I’ll have a different opinion when I see it a second time (the blue ray is on my Christmas list – fingers crossed!), but I don’t think so. I think it’ll be even better on repeat viewings. – Drew Bradley