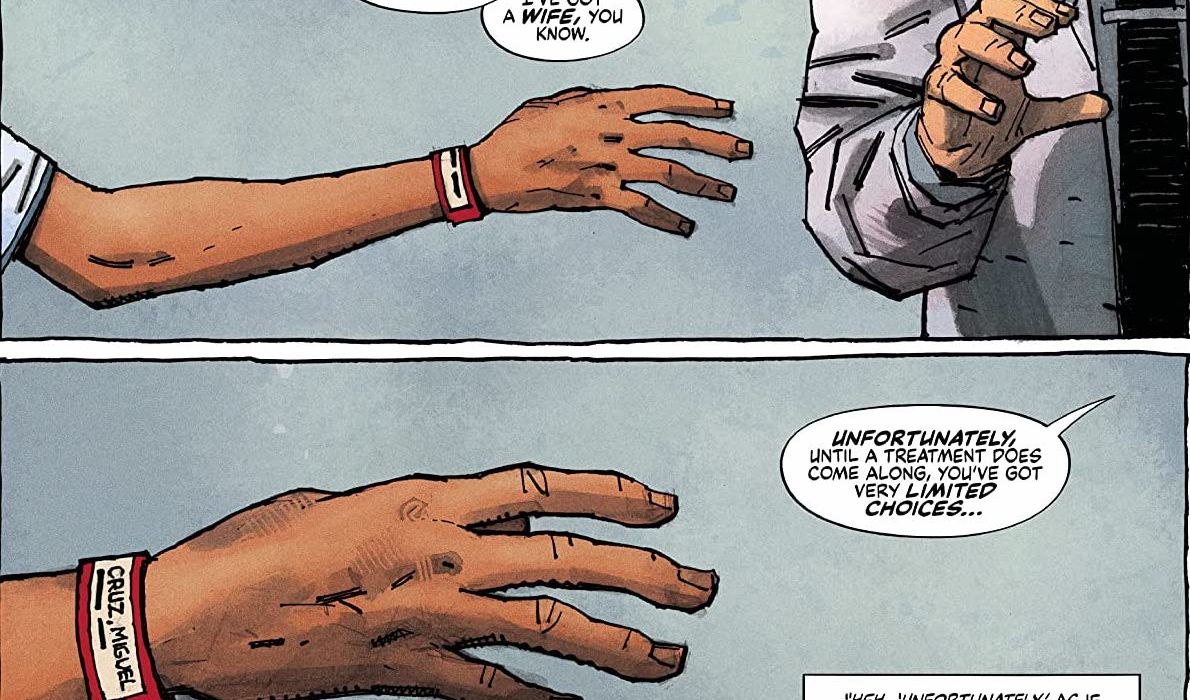 Best Letterer
It’s time to pay tribute to the unsung hero of comics, the letterer. In a lot of ways, letterers are like drummers. They need to be a steady presence that keeps the whole team together, but can often times be overlooked. Through their creativity and reliability, these are the letterers who elevated comics in 2021. 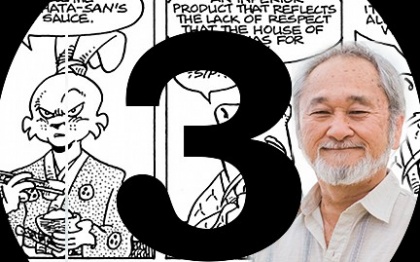 Usagi Yojimbo was first published in 1984. By most measures, that makes it one of the longest running ongoing comic series out there. And in all that time, Stan Sakai has pretty much done it all. He writes the comics, and he illustrates them. But we here at Multiversity want to honor him for another of his talents- his fabulous lettering! Sakai’s lettering isn’t always flashy, but he uses every tool in the toolbox to get his story across. You’ll encounter different fonts sure, but you’ll also find different shaped word balloons for different characters, and different sized letters within those balloons. That’s to say nothing of the wonderful sound effects, which can be art pieces in and of themselves, and which you can also sometimes find nested within the dialogue. Sakai also uses the comic tradition of accenting certain words within a sentence, but with unparalleled precision and restraint. Stan Sakai is a guy who best expresses himself through comics, and there is no component of comic book storytelling that he hasn’t mastered. Sakai’s lettering shows the value of a world class cartoonist. He bridges the gap between words and pictures by making the words a part of the art. His style is strictly old school, and every letterer could learn from following his example. Have I called him masterful yet? I have. I’ll repeat it for emphasis. Stan Sakai is a true comic book master! – Jake Hill 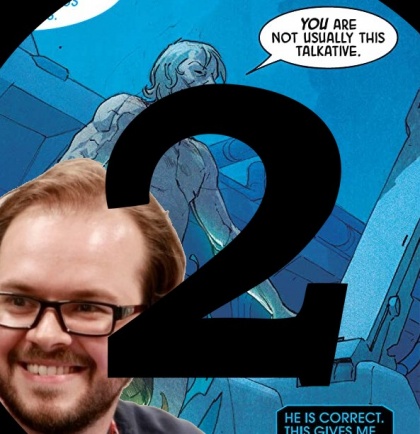 Before I started writing for Multiversity, if anyone has asked me “Who’s your favorite letterer?” I’d have said something like, “I don’t know, I don’t pay attention to things like that.” Well, that old version of me was a fool, and now I can confidently answer “Clayton Cowles.”

This isn’t Clayton’s first time on our list of best letterers, and it’s almost certainly not going to be his last. Because if there’s any letterer who knows how important lettering is for creating the characters’ voice and tone, it’s Clayton.

Flip open to any page of “Eternals” and you’ll see what I mean. Look at how the font and styles change between the Earth’s machine-like narration boxes, the rough, almost unstable voice that comes through in the Deviants’ speech, and the more clean and solid lettering used for the Eternals. Or go to “Strange Academy” and see how various mystical natures are represented in the style of their lettering alone – and there’s a lot of different styles on display.

Just adding a small flourish to the lettering can make all the difference between a normal person conversing and a mystical being speaking through them, or can show a character breaking down. It’s these little touches, the stylized effects and accents on the lettering, that add so much to each characters’ voice. Clayton has it down to an art, and every comic he letters is better for it. – Robbie Pleasant 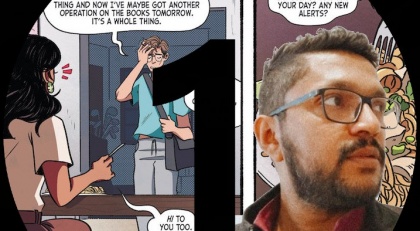 Letterers walk a thin-line in every project they work on, balancing between memorably stylish and distinct captions, or organic and understated text that can match the lines and strokes of the art they’re imposed over. It’s an incredibly daunting struggle for a deceptively simple job. That is, unless you have the sheer knowledge base of Aditya Bidikar, our choice for 2021’s best letterer. Across works like “Future State: Dark Detective,” “The Picture of Everything Else,” “Department of Truth,” and the recent “Radio Apocalypse” Aditya Bidikar has shown remarkable range, consistency, and style, building on well established partnerships, while still building new styles for himself.

In Bidikar’s letters alone, he exhibits a remarkable ability to emulate and embellish the artist he’s working with, even as he occupies their pages. In “Department of Truth” his bubbles are scratchy, with frames that sit notably askew, embellishing the paranoid nature of verbal narratives in the book. Meanwhile he’s able to swing between pulp sensitivity with the letters of “Barbalien: Red Planet” and hard-edged primary neons in ‘Future State.’ I’m not entirely sure yet, but it also seems like “Radio Apocalypse” is even bringing back his tradition of hand-lettering his collaborations with Ram V and Anand Rk, something that gave both “Grafity’s Wall” and “Blue in Green” an unmistakably personal touch.

Despite all that evident technical skill, Bidikar feels remarkable for how, alongside a few other contemporaries like Hassan Otsmane-Elhaou and Nate Piekos, he’s pioneering a generation of letterers who are also great analysts of the comics medium as a whole. His ability to critique its tics, the state of the industry, and the strength of contemporary creators gives him an uncanny ability to distill the full meaning of a text into that final lettered page. It’s rare to find any kind of creator who has that capability to see the forest for the trees.

Even if you don’t agree with our verdict on Aditya either, the industry obviously does, since you can almost guarantee a project will be a hit just by his presence in the credits. Alongside contemporaries like Jordie Bellaire, Clayton Cowles and Matt Wilson, his presence is one of the best litmus tests for a promising new series. Bidikar is at the beating heart of modern comics, and I’m sure he will stay on that pulse for years to come. – James Dowling