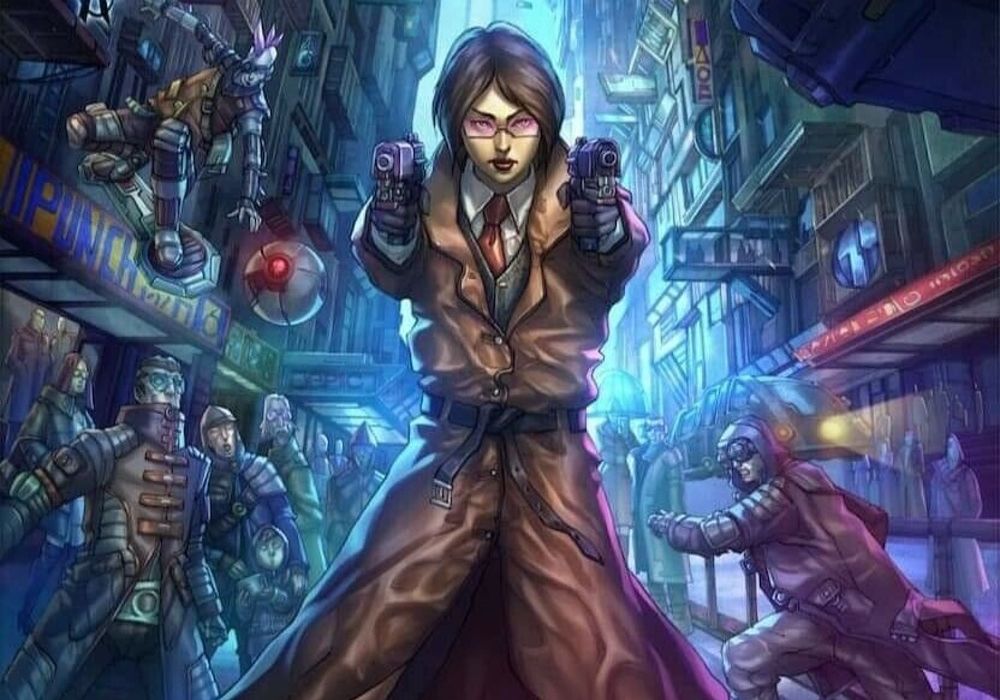 Best Licensed Comic
To be clear, lots of great comics are licensed. There’s not a year that goes by where truly wonderful superhero comics don’t earn a spot among our favorites. This isn’t the space for that. This is about the other kind of licensed comic- stories that tie in to non-comics media franchises. Whether it’s a story continuing a book series, a TV show, a popular film, a video game, or even more esoteric media, there is a special craft that goes into adapting a comic from something else. So we made it a whole category. These are our picks for 2021’s best licensed comics. 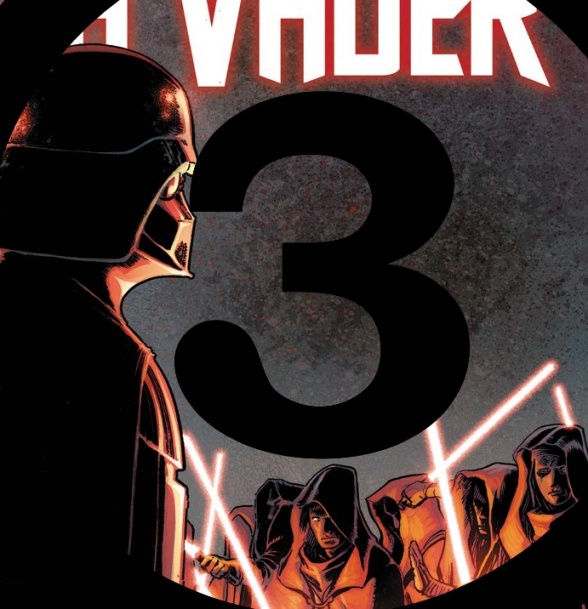 Even for the hardest of hardcore Star Wars fans, the idea of a Darth Vader centered comic is a bit of a hard sell. The character is visually impressive, but unable to emote at all. Additionally, the Marvel Star Wars comics take place in very limited timeframes, and so there’s not a ton of stories that have the opportunity to fundamentally change or adjust who Vader is as a character.

Greg Pak and Raffaele Ienco have managed to carve out a truly interesting comic by telling stories that are typically unseen in two different senses, both by exploring Vader’s past through flashbacks and also by giving more insight to his emotional state, post-rejection by Luke. While he still gets to do cool Vader stuff, the story is really built on the emotional bedrock of Vader’s struggles with his feelings about Luke and his current position in the galaxy. This sound like the type of story that may be better suited for a novel than a visual medium, but Ienco art manages to make these very personal, interior stories feel just as dynamic as the more action oriented ones.

My big beef with Marvel’s Star Wars comics is that they haven’t really told stories that matter, but “Star Wars: Darth Vader” tells a story that is fundamentally changing Vader in ways that don’t throw away anything from the past. They are purely additive, and the best that Marvel has done yet with this property. 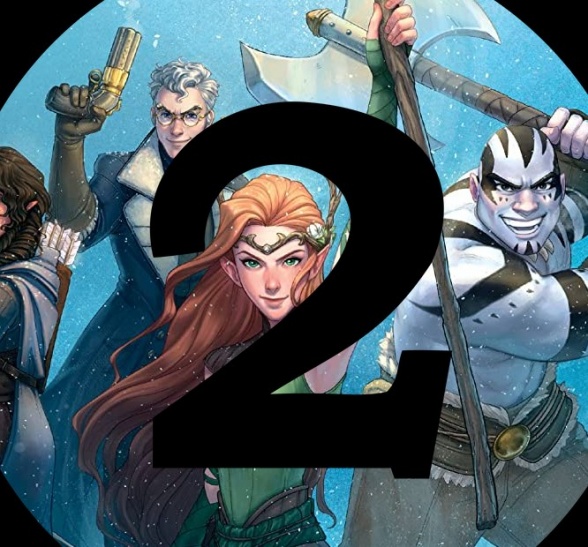 Critical Role had a big year. The actual-play Dungeons & Dragons show finally wrapped up its second main campaign, launched a third campaign in the fall, debuted a board game imprint, and dropped the first trailer for their upcoming animated series. Amidst all that, one of the most undersung triumphs in the studio’s output is their comic book line, a must-read for fans of the series and a strong bit of high fantasy storytelling in its own right.

Now in its third volume, “Critical Role: Vox Machina Origins” from writer Jody Houser, artist Olivia Samson, colorist MSASSYK and letterer Ariana Maher is a blast. The stakes are somewhat limited by its positioning relative to the larger franchise – we know the day will be saved and none of the major players will suffer too profoundly ­– but the prequel comic plays within that sandbox beautifully. The first two arcs took their time assembling the team, but by volume 3 the party is ready for a colorful set of adventures through Dungeons & Dragons mainstays, from an underground fighting ring to a classic mountaintop dragon showdown.

“Critical Role: The Tales of Exandria – The Bright Queen” is less bound by the continuity, focusing in on a more minor character from the second campaign with excellent results. “Little Bird” writer Darcy Van Poelgeest teams up with illustrator CoupleofKooks, colorist Cris Peter, and “Vox Machina Origins” letterer Maher for a series steeped in mythology and filled with heart, delivering the expanding lore with a big emotional wallop.

While the endless hours of content Critical Role produces can seem daunting, the comics repackage all the delights of the show into something you can wrap your hands around. Distilling the improvisational nature of the show into a traditional narrative is no small feat, but so far the line has rolled success after success. – Reid Carter 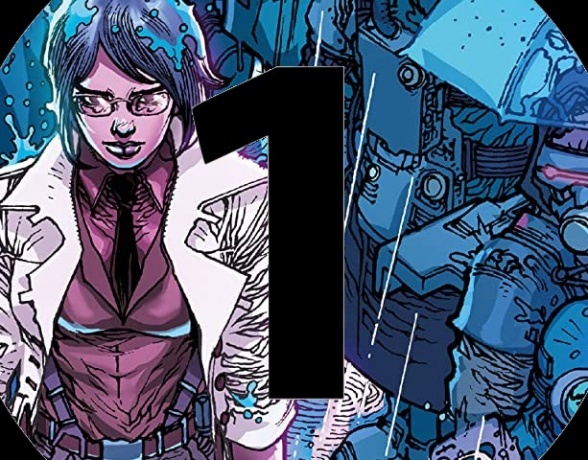 This will be the second time we have included the current “Blade Runner” comics in our Year in Review columns, and there is a really simple explanation for that; it is not only one of best uses of a licensed franchise in comic book form, but an unexpected winning combination when it comes to expanding the world of Blade Runner as a whole. As an uber-fan of the 1982 cyberpunk classic, I am the type of person who needs to be really impressed when any sort of continuation or expansion comes along. For over 30 years this wasn’t meant to be a franchise. Fans had some ill-conceived novel sequels, a comic book adapataion of the original film, and a beloved, but somewhat flawed computer game. With the 2017 release of Blade Runner 2049 the world saw a continuation that is mostly (and shockingly) a beloved piece of cinematic art that was luckily crafted by one of the best directors working today. In short, fans have been incredibly lucky so far with what has been deemed necessary continuations.

“Blade Runner 2029” continues the story of the characters introduced in the 2019 run and while doing things that may have at one time been considered sacrilege, it does a beautiful job at giving us information and settings only briefly considered and heard about in years past. Writers Mike Johnson and Michael Green are both fans with a deep love and knowledge of this world, with Green having a writing credit on B.R. 2049, and they really have a sense of what will work within the pages of these comics without stepping on the toes of things fans may simply not want to know. Not many people really want to know exactly what Replicants are or how they are created. Are they more organic or mechanical? Are they grown/born, or built on an assembly line? What does the majority of Earth look like outside of Los Angeles? What do the Outer World colonies look like and how are they governed? These are all fascinating questions to ponder, but we don’t NEED answers to them. We like the mystery, and Johnson and Green know this, but they give us just enough new information to raise more questions rather than tell us exactly how things are. They have given us another complicated hero to align with in the Blade Runner turned Replicant ally, Ash, who feels just as interesting and multifaceted as Deckard or Officer K. We are intrigued by their personalities, their missions, and their desires; and Ash is no different. We are with her on this journey and with every new issue that comes out we become more invested in her life and how her story will play out, and eventually complete.

With gritty, yet streamline artwork by Andres Guinaldo, “2029” feels like a true extension of this universe. Due to where the story is set within the canon, Guinaldo can freely pull inspiration from either film, as the style and overall aesthetic of both films changes quite thoroughly within the thirty years between when each of them take place. We see that evolution of L.A. in his work. Working with colorist Marco Lesko who uses his palettes to also achieve a look that feels of a piece to both films. It’s a fascinating balancing act between the beautifully depressed, rain-soaked neon of the first movie, and the ashy, dust-blown wasteland of the city and Las Vegas from the sequel.

One of the hardest things to do in pop culture is to create something that expands a storyline with such a devoted fandom, and this series does just that. It isn’t a story that is needed to love the movies, but it is there if you choose to go for the ride. Being so fully connected to the two films works as a help rather than a hinderance. They have this wonderful sandbox to play in, but within certain guidelines and parameters, it keeps the story moving forward without harming the beloved canon in place. It’s something that tends to hurt this comic’s counterpart, the good, but not great, “Blade Runner Origins.” Because that series is set prior to the first film, it is held back even more by what it can and can’t do, so it more or less meanders trying to create something familiar, yet new and it just isn’t as successful as this fantastic series. – Christopher Egan