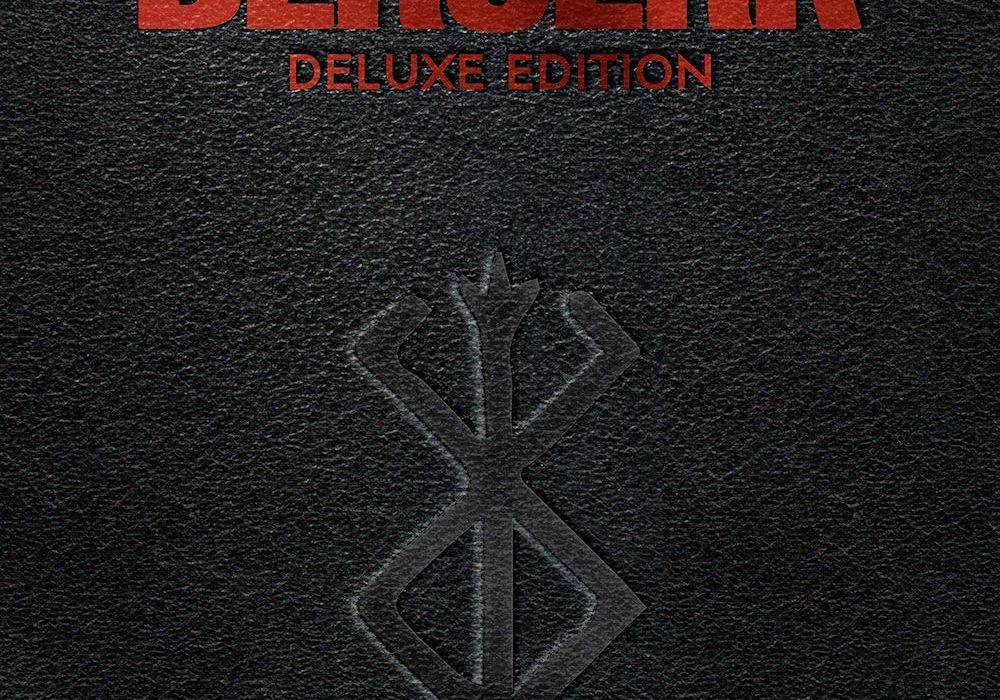 Best Reprinted Edition
Not all of the best reading experiences involve floppies from your favorite local shop or vertically scrolling on an iPad. Sometimes, the best experiences are when publishers and creators get to present their stories in a more particular, customized form. These are three of the best reprints of 2021; we hope you enjoy them as much as we do. 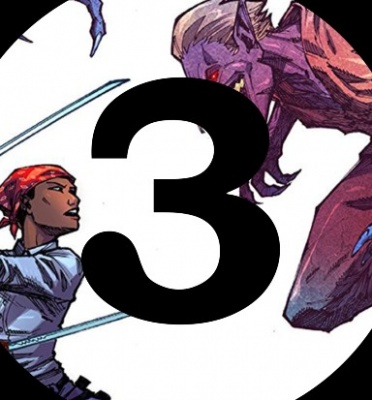 The name of the series is immediately intriguing: “Harriet Tubman, Demon Slayer.” The poster featuring the cover of issue #1 is also incredibly eye-catching and series creator David Crownson was doing a brisk business at New York Comic Con in November. I purchased all five issues, originally published via Kickstarter, from his table.

It immediately became one of my favorite creator-owned series.

Having gotten the attention of readers with the high concept, the triumph of “Harriet Tubman: Demon Slayer” is that it continues to hold your attention through all five issues, adding world building and fleshing out characters while maintaining a fast pace. This should be a television series.

The story opens with a family escaping from enslavement: a mother, father, and young daughter. Most of the action of the first two issues is presented through their point of view. The art handles the action sequences wonderfully but it also has a deft touch of humor. The family is afraid but they’re also fully realized as they take care of each other, using dark humor to cope with the risks their taking, especially for their daughter.

Harriet appears to them like an avenging angel, in an action sequence by artist Courtland Ellis that is mostly wordless. We find out a little of Harriet’s past in subsequent issues but I like the slow tease not only of how she became a demon slayer but also of the story world. It not only has demons but werewolves and other supernatural creatures.

Later issues also introduce a well-drawn villain, a vampire bounty hunter who’s only interested in having a good hunt. He’s as ready to kill the racist slave owners as he is to track Harriet. Harriet is a hero, the villain is an utterly amoral force of nature and all five issues have so far built to their eventual confrontation.

I asked Crownson at NYCC what inspired the series and he said “I wanted to write about Harriet Tubman killing racists.” In the process, he’s created one of the most compelling horror comics that I’ve read in years. – Corrina Lawson 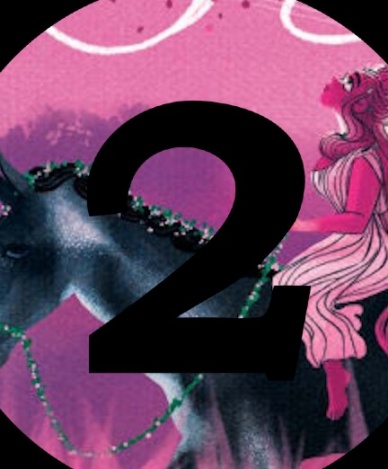 I was curious about this book long before it came out. After all, “Lore Olympus” was made for Webtoon, to be viewed on a phone with a narrow 9:20 aspect ratio as an endless scroll. There’s no straightforward way to translate that into a graphic novel and so many ways it could go wrong. In particular, eyelines are difficult to track, and since so much of “Lore Olympus” is about the gaze of others, it is a crucial element of the storytelling. In the Webtoon version, Rachel Smythe will often have a character to the side of a panel, looking off at the edge of the phone to communicate broken eyelines. But when placed on a comics page where so many more panels sit on a single tier, this sort of composition doesn’t work the same way.

It may seem counterintuitive, but the genius of the “Lore Olympus” book is in its wider aspect ratio. At 7:9 it is significantly wider than the webtoon version (and wider than the average US comic book page too), but the book uses that extra width to introduce negative space that breaks eyelines—often pages have gulfs of white between panels. It is a fundamentally different experience from the Webtoon version, but by embracing what makes the formats different, the core of the story is still vividly alive. – Mark Tweedale 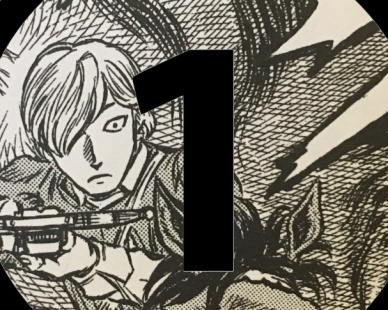 “Berserk” is a cultural icon. The dark fantasy series captured the minds of Japanese and US readers for decades with its horrific, epic, and tender story and mind-bendingly gorgeous art. It’s truly impossible to overstate how influential this series has been on a generation of comic artists, video game and movie creators, and everyday fans. Even those who cannot stomach the genuinely intense amount of violence and horror recognize the artistry behind Miura’s magnum opus.

Running on and off since 1989, “Berserk” has spanned 41 volumes and since 2002, Dark Horse has been bringing those volumes to the US in a slight but standard volume size. That all changed in 2019 when they announced that this juggernaut of a series was going to receive the Deluxe treatment, collecting three volumes in one in an oversized format with faux-leather covers.

If you know Dark Horse, then you know that their hardcovers, library editions, and so-forth are always special. The larger format and higher than usual number of issues (or volumes) gives the art room to be savored while the higher quality of materials means it just feels nicer to read and looks nicer on your shelves; seriously, they’re really sleek when stacked next to each other on your bookshelf. If any series deserves this kind of treatment, it’s “Berserk.” Sure, you could read the volumes digitally (which do look great) or in their original paperback form but for my money, these deluxe editions are the definitive way to experience the saga of Guts.

Miura’s art is so intricate and detailed, even in chapter one, that you’ll want that extra page space. Moreover, with each new volume, we get closer and closer to later Miura art, where he ratchets up the attention to detail, rendering dragons and backgrounds and sword swings with a truly mind-boggling amount of ink, all to give it the texture necessary to sell the world he spent the better part of three decades crafting. With Miura’s passing in 2021, “Berserk” is already seeing a resurgence in popularity, as evidenced by the 7 deluxe editions out at the time of his death temporarily selling out.

If that isn’t enough to put these volumes on the Best Reprint list, I don’t know what will. – Elias Rosner