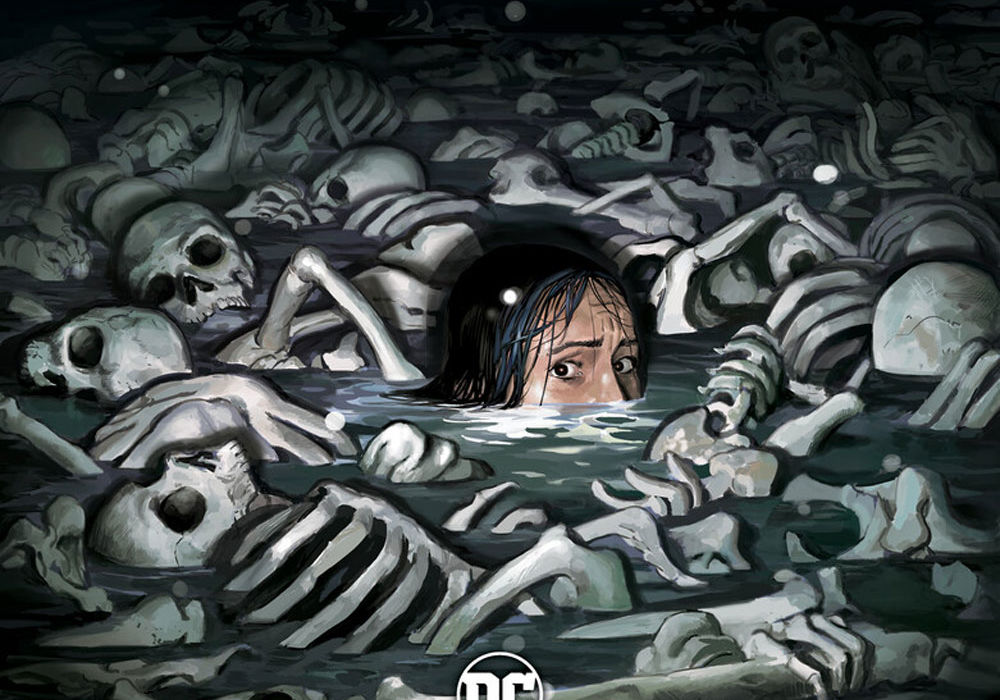 Best Single Issue
What is the smallest unit of comic book storytelling? Do you need to read a whole series? Or can it be broken down to something smaller, like a page or a single panel? While there’s a lot you can admire about the craft that goes into every part of a comic, stories tend to be told issue by issue. That’s why it is important to not only look at the bigger picture- sometimes it pays to get small. So every year we honor the year’s best issues, the ones that bring artistry and talent to telling a particular part of a larger story. These are our favorite single issues of 2021. 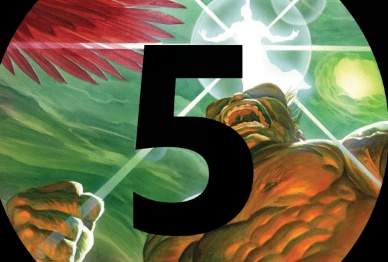 Crafting a memorable end to a superhero title is always difficult: unless you kill off the lead character, or leave them with a startling new status quo, it’s hard to escape the sense it’ll just be business as usual with the next creative team. It must be even harder with the Hulk, a virtually unstoppable protagonist for whom change is second nature — yet Al Ewing and the whole creative team of “Immortal Hulk” stuck the landing on the finale of their startling series, with an appropriately jawdropping conceit.

Taking a leaf from the Bible as well as Stan Lee and Jack Kirby’s initial idea behind Galactus, the final issue of the series sees the Hulk literally confront God, as the One Below All is revealed to be the Hulk of the One Above All. Like Job, Hulk rages at his creator, demanding to know why we are made to suffer being here, and by extension, the readers and the folks at Marvel as to why his agony has been going on for nearly 60 years. (Unfortunately, when his torment is this compelling, it becomes harder to want his comic to come to a permanent end.)

Like God in the Bible, the One Above All vaguely responds that the Hulk is in pain because he is what he is (to wit, he is made in the image of “I Am that I Am” Himself), but states He blessed the Hulk with the power to create and destroy; the cycle of pain is a part of life, but life also offers chances to rise above, and make the world a better place — and if someone as emotional and violent as the Hulk can find it in himself to not let life’s bitterness consume him, then perhaps there’s hope for us all yet. – Christopher Chiu-Tabet 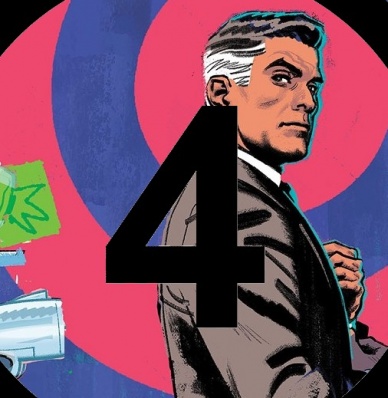 In the first few pages of “The Human Target” #1, Christopher Chance runs out of time. His back’s to the wall, his number’s up, This is the end. Tom King’s ingenious comic then flashes back twelve days to the start of his story, giving us a one panel hint at each of the last twelve days in one of the single best pages of the year. This brilliant, tantalizing hook builds immediate suspense. In the words of the Talking Heads, we know where we’re going, but we don’t know where we’ve been. Christopher Chance is on a road to nowhere. Few comics have ever had such a superb setup.

There’s a vision in Human Target that’s hard to parallel. Many comics lean heavy on dialogue or art, but Greg Smallwood and Tom King know that a truly great comic needs both to be high level. Smallwood’s art guides the viewer through King’s words as the creators take the audience on a slow-burn journey into the mystery of Christopher Chance’s last days. This is a comic in no rush, with meticulous, sublime pacing. Every panel is a treat as Smallwood uses light and color to expertly build the neo-noir mood. There’s a feeling reminiscent of Fraction and Aja’s “Hawkeye” run, another brilliant comic about a powerless man in a superpowered work.

Noir is hard to do right. Overdo the heaviness and it’ll feel grim and miserable, undersell it and the tone will feel flimsy, or worse, melodramatic. “The Human Target” #1 has weight, but also charm and coolness. Smallwood’s art is dark and shadowy, but not bleak, there’s a strong 60s and 70s color to the vibes which adds to the slickness of it all. This is a terrific first issue because not only does it read really well, it leaves you wanting so much more. Tom King and Greg Smallwood are at the top of their game, and hopefully the rest of the miniseries stays this good going into 2022. – Ryan Fitzmartin 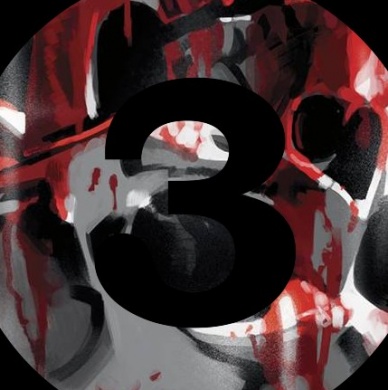 What differentiates a great tale from an extraordinary one? It could be the depth of the story, or a plot twist, or even us as an audience. In comic books we have another possibility: a single issue, part of an entire story but a tale on its own, that can change the entire reading of a book. That’s what happened with the sixth and last issue of “Skulldigger + Skeleton Boy”, what was destined to be an emotive tragedy turned into a different thing altogether.

The 2020 book by Jeff Lemire and Tonči Zonjić, with Steve Wands, ended in February of this year with an issue, not just separated in year, but in its story. What was supposed to be a book following beats similar to the Batman family and the Punisher, turned into question that legacy that is supposed to continue, and a story of police incompetence and meddling turned into a case where an officer being effective doing something good for society, but out of the norm.

At first, I felt like I was supposed to root for Skulldigger, our “hero” of the story despite being a murderer, but after I finished reading the last page of the book, I ended up wondering: Are we? Was that the best life for Skeleton Boy? Are we forced to be something, or can we change what we are? As officer Amanda Reyes said, “yes you can, you always can.” And “Skulldigger + Skeleton Boy” changed, from a great story, into an extraordinary book. – Ramon Piña 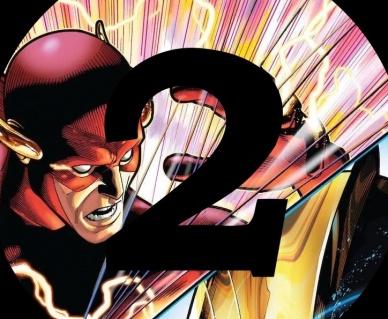 As the great philosophers David St. Hubbins and Nigel Tufnel once said, “It’s such a fine line between stupid and clever.” With “The Flash” #776, a slight miscalculation could’ve sent this issue off the deep end. However, writer Jeremy Adams and artist Fernando Pasarin manage to both go all in on an idea and also show restraint. It’s a paradox worthy of Dr. Fate, this issue’s co-star, himself, but somehow they succeed.

The entire issue is an immersive, interactive experience, letting the characters in the comic recognize their space within a book and allowing the reader to play a greater than usual role in the story. Sure, we ‘sophisticated’ readers know that whether or not we turn the page, the action will remain the same on the other side, but this type of storytelling is part ‘Choose Your Own Adventure’ and part child fantasy, and it brings even the most jaded reader doses of innocence and playfulness that are hard to shake off, despite the cranky, jaded eye we often bring to comics.

If nothing else, “The Flash” #776 challenges us to find the joy in comics that many of us, sadly, left behind. Pick this up, and pick up that innocent love of the medium, and come for a ride. – Brian Salvatore 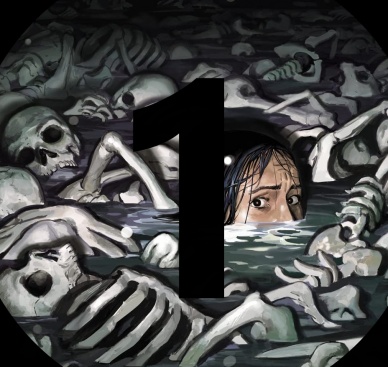 First issues are tough. Setting up the narrative and giving the reader a sense of the ride they’re getting on are daunting tasks, and oftentimes first issues become either overstuffed with lore or get lost in setting up future payoffs. James Tynion IV and Álvaro Martínez Bueno’s “The Nice House on the Lake” #1 is a fascinating beast in that regard, plotting its course with patience while delivering wicked thrills throughout.

It is full of set up, laying out the template for how the rest of the series will be structured. It opens with a direct address from a focal character in an apocalyptic hellscape, a grim promise of disaster on the horizon. We meet each of the diverse cast of characters trapped in this mysterious house at the end of the world, and get little hints at the ways their intertwined backstories will fuel the dramatic twists and turns to come. The issue sets up a neat structure that the series will repeat in the following issues, yet within that structure it feels as loose and undefinable as the group’s terrifying benefactor. Bueno’s art, complemented by Jordie Bellaire’s digital watercolors and lettering from AndWorld Design, evokes an ominous, dreamy tone that inevitably gives way to nightmares.

The masterstroke of the issue comes only a few pages from the end with the insertion of a double page spread of social media posts. When social media is depicted in comics it often feels cringeworthy, with the creators’ attempts at feeling hip undercutting the storytelling. Here, though, the creatives fully grasp the tropes of how people communicate online and then twist those common discourses into multiple gnarly, stomach-churning punchlines. All of the usernames, posts, and bits of jargon are used in ways that are recognizably “online,” and that dose of realism makes the horrors on display even more gutting.

That spread is the perfect encapsulation of what makes “The Nice House on the Lake” #1 the best issue of the year, balancing the relatable and the horrifying, the structured and the surreal. It’s a mesmerizing opening salvo that perfectly sets up what kind of series “Nice House” will be: a slow burn mystery with a compelling cast and an expert sense of when to twist the knife. – Reid Carter