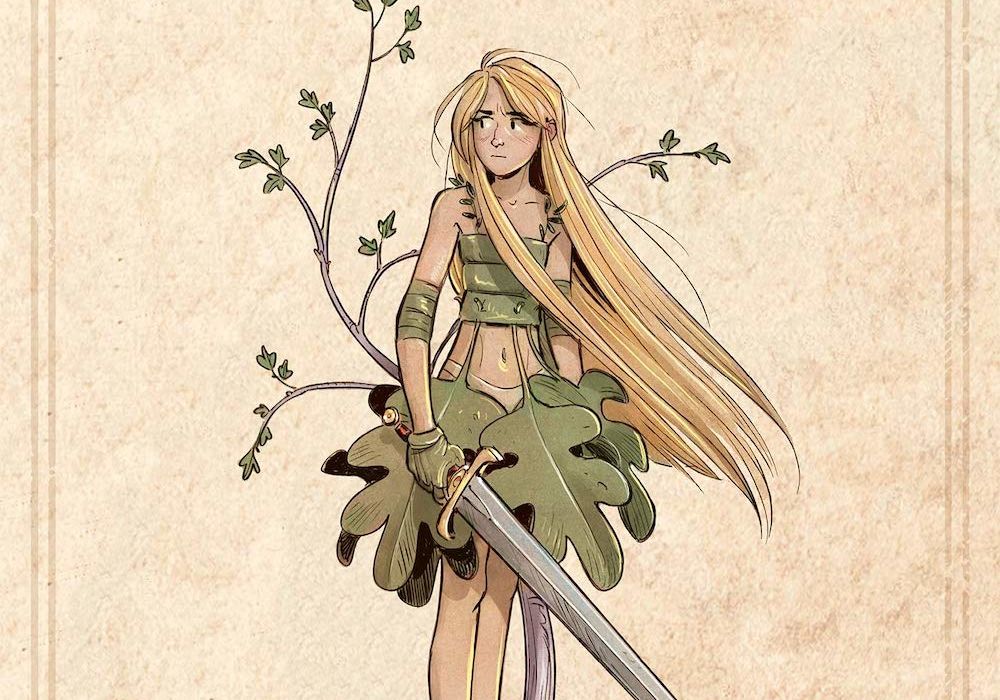 Best Translated Non-Manga
Every year wonderful comics are made all around the world, but we tend to focus on stories that were originally written in English. So we created a category for best translated work, only for that to be dominated by Japanese imports. We wanted to rave about all of those wonderful Japanese comics while also giving a space to celebrate the rest of the world. Here are some of our favorite 2020 comics that were originally written in languages other than English or Japanese! 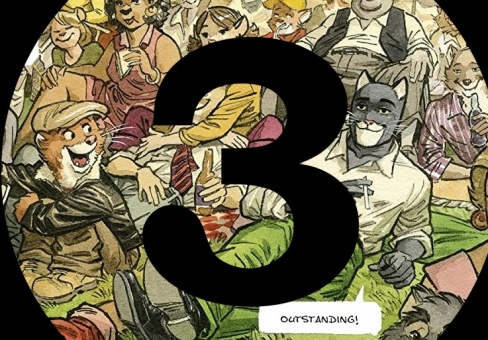 3. Blacksad: They All Fall Down

Right from its beginning, Juan Díaz Canales and Juanjo Guarnido’s “Blacksad” was a great comic series, and since then it has continually gotten better with each new album; this year’s ‘They All Fall Down’ is the best “Blacksad” yet. As with all “Blacksad” stories, there is the central investigation driving the narrative, but it’s the way that investigation uncovers other themes that makes it great. At its core, we have a story about the privileged taking advantage of the working class, but through visual juxtaposition the working class are reframed as mere machinery, to be thrown away and replaced when they break down. Young women are used to sell products to grinning wolves. Time and time again, the story exposes the ways people are dehumanised and used and ignored.

But it’s the fine details I really love. There’s a scene in which a character has lost a friend, and she returns to a bar she used to visit with that friend. The establishing panel is a painting hung on the wall, Edward Hopper’s Nighthawks, which is so often associated with loneliness in what is meant to be a social space. The connection to this character’s emotional state is clear—a place that had once been shared with a friend is now full of emptiness. And yet there’s a panel that frames the painting hanging over Blacksad’s head, subtly connecting it to him too. By the end of the sequence, it’s apparent what loneliness hangs over him. The two characters had been sitting in a bar together, and yet alone, just like the patrons in the diner in Nighthawks.

‘They All Fall Down’ is full of casually presented greatness. It’s simply there, in a thousand tiny places, adding up to a lavish reading experience. ― Mark Tweedale 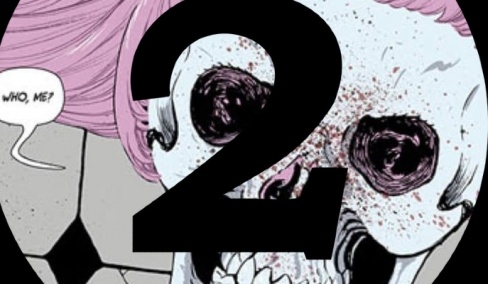 “Karmen” is a book that starts at 11 and slowly releases the pedal on the gas while pressing down firmly on the one labeled “Terry Gilliam.” It’s your standard It’s a Wonderful Life/“Christmas Carol” tale, but instead of a guardian angel or ghosts, we have Karmen, a reaper, who is basically wearing a skeleton morph suit without the head. She also works for a bureaucracy of reapers who all look like that, though that’s not really explored until issue two.

Much like the lead characters, the first issue is a LOT – fair warning, it is very graphic in its portrayal of self-harm, suicide, and death; a very pretty portrayal but still gruesome and may not be to everyone’s taste. Oh, and like many European comics, it’s got a fair bit more sex than your typical American comic, with a very naked protagonist.

Taken together, this may seem like an odd way to praise the book that made it to number two on this list but March turns those elements into an affecting and arresting story about life, self, and learning to grow. It’s a beautiful work, with thin, pen-like inks coupled with lush environments and expressive personalities who seem shallow at first before revealing hidden depths. It shocks, disorients, and rearranges your view of the world, all so that you can see things you once could not, be it because they were hidden from you or, more likely, hidden by you. It’s darkly funny at times and disturbing at others, and while the protagonist can be insufferable, that too is part of the magic of “Karmen.” – Elias Rosner 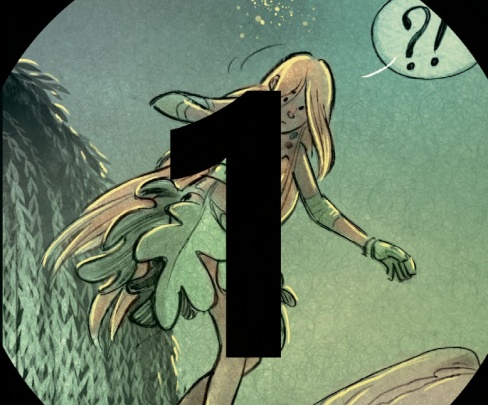 If you’ve read any of Fréderic Brrémaud and Federico Bertolucci’s “Love” series, then you’ll have some idea what you’re in for with “Brindille.” “Love” explores the lives of animals, with Bertolucci’s art utterly transporting the reader into their world. While reading “Love: The Lion,” the Serengeti is more than just the environment the animals live in, it’s a reflection of the characters; when the lion is hungry, the world around is dry and bare. In “Love,” this is overt—it is a silent comic, so the reader naturally looks for more cues in the art than usual. “Brindille,” by contrast, is positively chatty, but the same environmental storytelling seen in “Love” is still at play here. I’d even argue it has been pushed further in “Brindille,” and to get the most out of the book I’d advise slowing down and soaking in the art.

Brindille (“Twig”), the central character, is easy to read—her emotions sit on the surface most of the time and she’s a familiar character type, so we don’t really need to look to the environment to read her emotions as much as we would in “Love.” But there’s more to Brindille than her emotions, and the environment is doing more than just echoing back that emotional state, though it may not be obvious at first. Brindille is a character without memory—however, while she may have forgotten who she is, where she came from, where she is now, and what she’s running from, the environment remembers and expresses it.

Of course, it helps that the environments of “Brindille” are gorgeous. I’ve been able to convince people to pick up this book simply by showing them a single page. 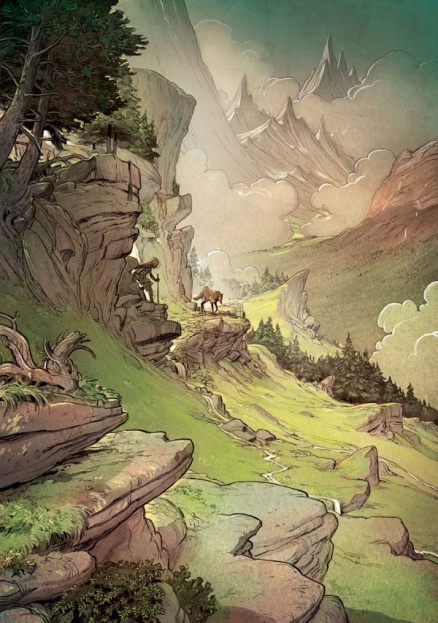 You can tell from this image alone if “Brindille’s” world is the kind you want to spend time in, if the comic’s mood is the right fit for you, and if its pacing will sweep you away. Even out of context, this image transports the reader—we immediately understand a lonely girl and a wolf in a world too big for them, the softer shapes in the foreground giving way to mountains like bared teeth looming ahead. Aspects of “Brindille” are designed to be felt almost unconsciously through its art, like something we’re only vaguely aware of—which is such a perfect fit for a story where the only concrete thing its protagonist knows is how she feels. ― Mark Tweedale