Best Animated Adaptation of a Comic
For this year, we decided to split up the animated and live action television adaptations, to give a little more space to some of our favorite shows. Here are our favorite animated series of the year. 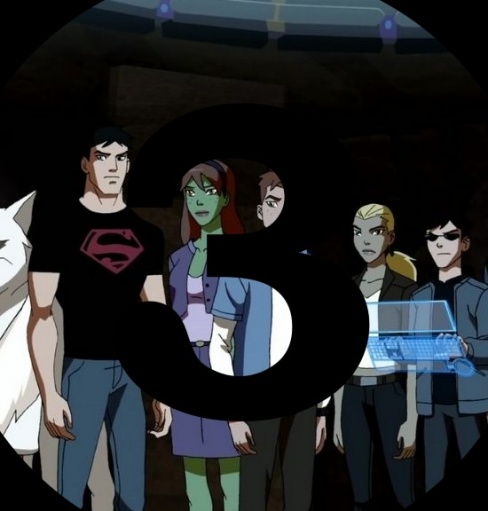 Young Justice surprised us this year by dropping two episodes on the same day for season four “Phantoms”. But then again, surprises are something Young Justice excels at. Despite being based on 80 years of DC comic continuity the show doesn’t rely on the stories we already know. It takes these beloved characters and has expertly weaved a years long story where they are allowed to grow and change. Characters are allowed to get older and even die. They take DC’s established idea of character legacy and puts it on a realistic timeline.

Superhero fans love a good soap opera. Young Justice delivers in spades with the entire DC Universe at their disposal. This season alone we’ve gotten deep Martian lore, family drama, League of Shadows secrets, and a reimagined backstory for Barbara Gordon. I love how what they’ve done with her history. She has more agency and is now closely tied with another member of the bat-family (no spoilers). Plus, we’ve gotten teases of the future with the Legion of Super Heroes and the Super Sons showing up.

We are lucky to have a show that agrees with us that this universe is cool. We still get 12 more episodes next year. I’m looking forward to what they have in store and staying whelmed. – Matthew Vincenty 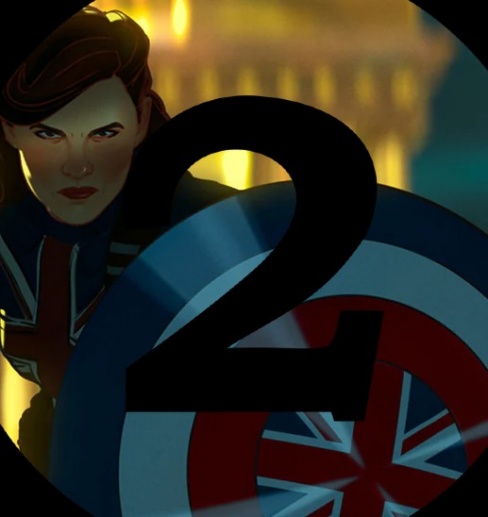 The question in this title is as old as time and humanity itself: What If? What follows such a question is often a musing of choices if they were done differently: turning right instead of left, saying yes instead of no. In the superhero realm, parallel universes where we can explore these choices are as common as sliced bread, so we get to imagine how the Marvel world would have looked a little different in the Disney+’s animated series What If….

The stories in What If… are retellings of MCU films from another character’s perspective. Sometimes they are a direct retelling of their source film, other times they combine films to come up with a newly mixed story. Each is familiar and fresh in equal measure. And while these are all stand-alone, there’s the aptly named Watcher overseeing the proceedings, drawing himself in closer and closer to the action, offering that subtle connection to those wanting a larger story. 3D animation may be all the rage, but sticking with a 2D animation style keeps the comic book feel, all while showing just how successful it can be in any type of moment, from action to character closeups. It’s also a joy to hear many of the original actors take the mantle of the roles that made them MCU stars once again – – including, in a very bittersweet performance, the late Chadwick Boseman.

The Marvel Cinematic Universe is one tightly tied to a larger canon. Seeing it break free of that canon reminds us of the vast potential of storytelling that is still out there for Marvel – – perhaps even more vast than the universe itself. – Kate Kosturski 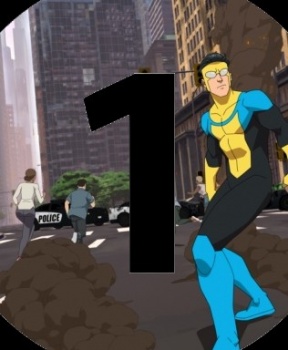 Amazon is doing the right moves in the streaming war, specially for the geek fans, for example, this year we got Invincible, based on the comic book by Robert Kirkman, Cory Walker, and Ryan Ottley. This animated series takes the first story arcs of the 144-issue epic and tells us the story of Mark Grayson, son of Omni-Man, ready to become a hero on his own right.

The cast is stellar, with the voices of Steven Yeun, Sandra Oh, Gillian Jacobs, Walton Goggins, Jason Mantzoukas, Zazie Beetz, and a majestic J.K. Simmons, who steals the show with his interpretation of Omni-Man.

Every episode followed Mark on a different adventure while the main story arc slowly developed, this allowed for a great viewing experience where each episode was different from the one before, while still telling a familiar story. Simon Racioppa and Robert Kirkman knew how to adapt the story from paper to the television experience with a few changes that were useful to the new medium, mainly, revealingly Omni-Man to be a villain on the very first episode, adding to the tension of every encounter.

The animation of the show was key, showing the brutality of every action scene not as glorified violence but as tragic events that change the lives of everyone around. The Flaxan invasion, Titan’s mafia takeover thanks to Invincible, the cyborg attack in campus and the final fight with Omni-Man are devastating, crude events that teach Mark that every life lost is a tragedy on its own and how he must do always better. The scene where Omni-Man holds Invincible by the head and uses him to destroy a subway, killing everybody inside was particularly striking as an example of that.

Invincible came out with a bang, and ready to show what an animated story outside of DC and Marvel’s regular outings can tell us about ourselves, with superheroes as a metaphor. Next season can only be bigger in scope. – Ramon Piña