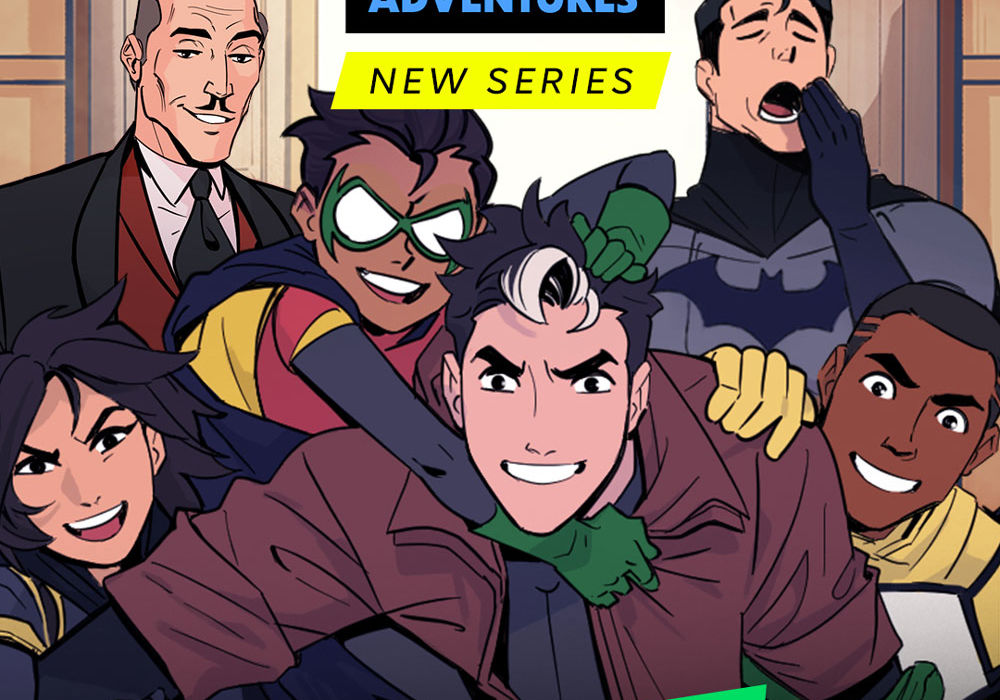 Most comics go through a publishing process where dozens of people influence what we finally get to read. Not so with webcomics, which are often written, illustrated, and published by the same individual. Without having to worry about marketing, conventions, and traditional formatting, webcomics have license to be different from what we read in issues and trades. Some of them release a few pages a week, some of them are like newspaper comic strips; a lot of them are unmistakably unique. Webcomics are where some of the most creative comic book stories are told! Here are our top three webcomics for 2021. 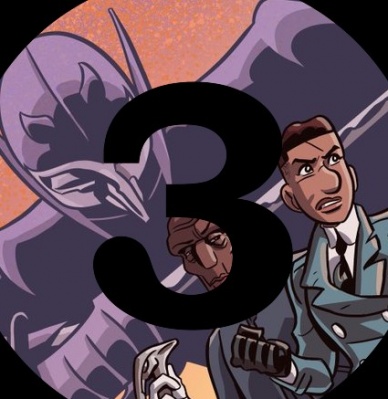 Saying “Lavender Jack” maintained its quality over the past year doesn’t give the sheer consistency of the project enough credit or recognize how substantial things have changed for the series as the third season continues. “Lavender Jack” continues to be the same as it ever was, this mix of pulp comics and earlier pulp influences with a mixture of realistic social commentary and storytelling. Gallery takes a new turn as the Queen Pin asserts herself and alt-history WW2 rages in the background. Dan Schkade and Jenn Manley Lee’s art seems to have gotten a bit tighter as they lean on functional layouts that work. Maybe it has lost a bit of its experimental feel, but any property that’s been going on for 3 years and 100+ episodes should lose the feeling of newness after. And yet it still feels if not “new” or “daring,” more engaging and more refined. After developing a strong supporting cast of characters, Schkade has subtly turned this strip into an ensemble piece. These kinds of narrative expansions and changes are only possible because the series has been able to run this long.

With those expansions and shifts in emphasis the latest season has brought a greater emphasis on clearer episodes (both in terms of episode as strip and as a narrative unit) construction and signposting. Reading last year as season two was wrapping up, there was always the feeling of where things stood in the narrative arc. Now I know exactly where we are, and it helps to cohere things just a bit better.

In webcomics there can be a sort of ephemeral quality to them either by artistic design or the nature of their consumption. “Lavender Jack” continuing to persist, grow and change, is an example of how webcomics can pay off long term storytelling and commitment. – Michael Mazzacane 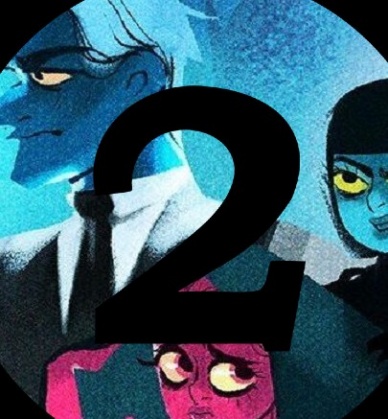 What is there to say about “Lore Olympus” that we haven’t said in past years? It’s gorgeous, stylish, engrossing, difficult, hilarious, romantic, and an all-around perfect example of serialized storytelling. 2021 has seen season 2 ratchet things up to 100, delivering on long-simmering plot lines and seeding others while developing the romance between Hades & Persephone without making it TOO easy on them. The cliffhangers are killer and each week’s developments are juicy and make me crave the next immediately. Smythe’s artwork has also continued to improve and remember, it was nothing to sneeze at even at the end of 2020.

“Lore Olympus” has always captured and modernized the ancient Greek conception of their gods – these characters – but it’s easy to forget within the scope of the narrative. Then, every so often, Smythe pulls back the curtain and instantly what was once mundane and usual for the series becomes iconic and distant. I love these moments, not only because Smythe’s characterizations of even the most minor characters are wonderful and hilarious – Hades being called “Dark Zeus” will never not be funny – but also because they are reminders of the ways celebrity abstracts “real” people into icons which we project ourselves and our ideas onto. And what are the Greek gods if not celebrities of the past, with messy drama and gossip we cannot get enough of.

If you have never checked out a chapter of “Lore Olympus,” you are in luck because that means you get to experience all 185+ chapters fresh. I only envy you the tiniest bit for getting to experience this series fresh. – Elias Rosner 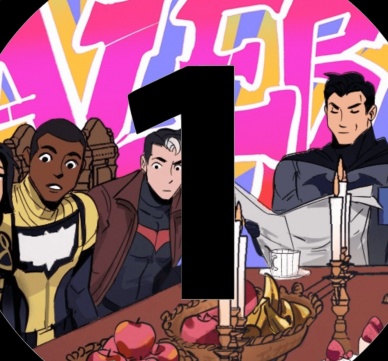 2021 saw the first-of-its-kind partnership of a major comics publisher (DC Comics) with the webcomic company Webtoon. Over 70 million users worldwide view content on Webtoon, and while only a fraction of that number comes from the U.S., it seems clear that a move to the platform will bring in a ton of new eyes to existing characters. The resulting webcomic could have been a bland rehash of old Batman content in vertical scrolling format. Or the companies could’ve taken a writer and artist with no experience making webcomics and thrust them into the medium. Instead, the team gave us the light, funny, lovable, genuinely fun story, “Batman: Wayne Family Adventures,” written by CRC Payne, with art by StarBite, Maria Li, Lan Ma, joined by letterer Kielamel Sibal and colorist C.M. Cameron, Camille Cruz, and Jean Kim.

I’ve been a Batman fan for a few years and while I’m by no means a completist, I’ve read and enjoyed my fair share of Batman comics with dark, heavy themes. The bat-family history is one of tragedy and pain, endured and transformed into a certain brand of justice. That said, seeing the “kids” competing with one another to see who can do the best one-handed pushup or playing pranks while Bruce supervises (or not) is also immensely satisfying. It scratches the same silliness itch that the 1960s Adam West series does. It’s wholesome, silly fun, and at times genuinely touching. Though the series starts with Duke Thomas aka “The Signal” moving into Wayne Manor and learning the ropes, there isn’t a barrier to entry. Readers can jump in at any point, and although there are a handful of multi-episode arcs, most can be enjoyed on their own. This was clearly a conscious decision on DC’s part since the Webtoon audience is not necessarily the same as those who read traditional comics in single issues or trade paperbacks.

Starbrite’s art style blends recognizable DC characters with the manga-inspired style that’s very popular on Webtoon. Their art is one of the main draws of the series. Besides the sheer fun of the bite-sized stories, Starbrite’s art is excellent at showing both the crime-fighting family in action and the smaller, silly moments of daily life in Wayne Manor.

“Batman: Wayne Family Adventures” has over 700,000 subscribers on the platform and a live-action version of the series on the way. If you’re a bat-fan, a webcomics fan who doesn’t want to wade through a million comics to understand a storyline, or just want to know what the new series is about, “Batman: Wayne Family Adventures” is a great pick. – Mel Lake