Ahoy! Apologies for the lack of Shazam goodness in your life over these past few weeks, but I’m back today with a look at the crossover episodes, 6 in total, that Shazam and Isis had. These episodes were aired, more or less, as a package, is that neither show takes any real steps to inform the viewer anything about the other hero. While that may have been okay when they initially aired, it is so different from how TV crossovers used to be, which seemed like they spent half the episode’s running time catching the viewer up to speed on who these new characters were.

In all of the crossover episodes, the help of the other hero seems, at best, secondary to the plot (save one, which we’ll get to). There’s a real trend in live-action superhero shows to make the challenges not exactly Earth-threatening, but even when brought down to some real street-level nonsense, both of these heroes can seem downright lazy at times. More than that, they often find the most complicated way to solve a problem. In Isis‘s “Now You See Me,” there is a runaway car barreling towards a van with three kids in it. Instead of stopping the car, which would’ve easily solved the issue, Captain Marvel picks up the van, letting the car roll underneath it, before Isis uses gravity power to stop the car, and then freeze powers to freeze the weather-making machine (don’t ask) in the trunk. Again, if Cap stopped the car and then pulled the machine out, he could’ve done all of this really easily.

The casting of Joanna Cameron as Isis is great, as she exhibits a lot of warmth and comfort, as well as power in her performance. The character itself is a bizarre one who, depending on the episode, seems to either have every power in the universe or none whatsoever. For instance, in “And Now You Don’t,” Isis can suddenly make herself appear and disappear at whim, creating a dozen Isises (Ises?) to surround some villains. But she couldn’t stop two unarmed crooks from running away?

The powers of these two, combined, are not enough in “Finders Keepers,” a truly insane episode that features a Catholic school trip to the beach, the world’s fakest looking shark fin, and two really convincing scumbags. In this episode, two crooks are in a cave. Because both Captain Marvek and Isis, I guess, are lazy?, they decide not to go in after them. Instead, as the featured image above shows, Cap uses a giant stick as a sort of meat tenderizer, poking the ground for no real reason, as Isis uses her powers to get the core of the Earth to vibrate. After a few seconds of this, Cap picks up the ground (yes) and drags it out like a carpet, bringing the crooks with them. Huh?

The final two installments are the two-part series finale of Isis, which is also a backdoor pilot for a show reportedly called ‘Super Sleuths’ that never got off the ground. This two-parter has everything: spirit gum falling out of someone’s pocket, a really broad Indian stereotype that’s a world class magician (but also a teenager), and a machine that, as stated before, makes weather. One of the sleuths is Asian, so of course he’s a martial artist, and drop kicks a door in absolutely hilarious fashion. These episodes are as weird or broad as anything on Shazam, and close the book on both series in a satisfying way – I guess?

One element that is likely just a budget concern is that no supporting cast from either show appears in the other’s episode. This may not seem like a big deal, but there’s one instance where it is really noticeable. On Shazam, we have only seen a reactive Captain Marvel. Some shit goes down, Billy says the word, and bam, he takes care of it. On Isis, presumably because they didn’t want to pay anyone but John Davey, we see neither Billy nor Mentor. So, if we are following logic, it seems like Cap is either abandoning his in-progress superheroics to help Isis or he is often times just Capping around and we’ve never seen that before.

Next week, we will wrap up our Shazam coverage with the 5 non-Isis episodes of Season 3. See ya then! 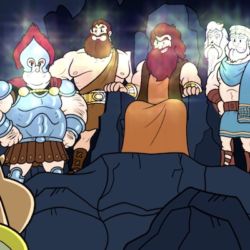 In the final Chronicles of Shazam for 2020, I’m going to spill digital ink about something has a total running time of three minutes and forty nine seconds. Why am I doing an entire article on this? Well, in part because it’s one of the best adaptations of Shazam we’ve ever seen, and also because […] 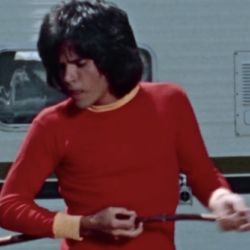 The Chronicles of Shazam: Shazam, Season 3

We find ourselves at the end of the run for Shazam, which is coincidental because the series will only be on DC Universe until December 18th. I’m glad we got through the entire series, and these four last episodes we are discussing (as we discussed two episodes last time as part of the crossovers with […] 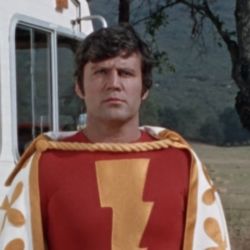 Shazam!‘s second season is just seven episodes long, and I fully intended on covering the entire season today. But, as we’ll discuss in a little bit, the final episode sets up something that seems like it deserves a little more time, so we’ll tackle that next time.Plus, there is more than enough to discuss in […]