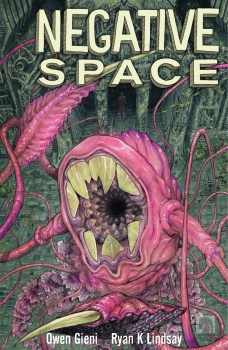 Negative Space #1 ($3.99) – Depression is something that I think too often gets misrepresented in comics. With “Negative Space”, Ryan K. Lindsay and Owen Gieni capture the feeling of it so genuinely. It doesn’t hurt that there are also undersea monsters who feed on our despair and a soulless corporation that harvests that despair and sells it to the aforementioned monsters. Plus, there’s a small moment that will break your heart. “Negative Space” has got it all.

Transference #1 ($3.99) – I’m a fan of pretty much anything that Michael Moreci and Black Mask do separately, so Moreci doing a book at Black Mask seems right up my alley. Ron Salas doing art on a spy book about time-traveling counter terrorist agents only makes it that much better.

Rebels $4 ($3.99) – History and comics are two of my favorite things. “Northlanders” showed us that Brian Wood knew how to tell historical fiction well, and “Rebels” continues that. That gorgeous Andrea Mutti are really brings this tale of the American Revolution to life. 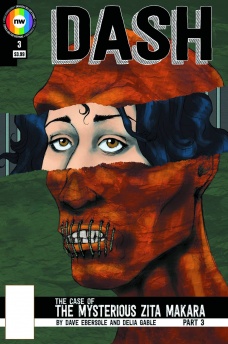 Dash #3 ($3.99) – Ancient Egyptian monsters, gay private eyes, and a moody atmosphere that balances a tongue-in-cheek tone with genuine tension, “Dash” has so far proven to be a little gem. It’s been a while since the last issue, but I’m excited to see this mystery continue to unravel.

Batman #42 ($3.99) – Gotham City exists as Newton’s Third Law. And for the action of Gordon donning the cowl, there’s the opposite reaction of Mr. Bloom’s introduction. Snyder’s been adept at using his heros’ adversaries to truly great, emotional effect, and I wouldn’t expect less here. Also, Capullo continues to do the best work of his career.

Shutter #13 ($3.99) – The new act of “Shutter” starts! Keatinge and Del Duca have only grown as stronger collaborators over the last year and the forward trajectory they’ve developed has helped make this one of the most enjoyable titles Image is putting out. Frankly, I don’t even try predicting where this book is going, because that takes away too much fun of the ride.

Gotham Academy #8 ($2.99) – Kerschl returns and it looks like things are getting gloomy as the next arc kicks off. “Gotham Academy” is the closest thing we’re getting to a Harry Potter comic book and that’s just one of the reasons I keep coming back to it. 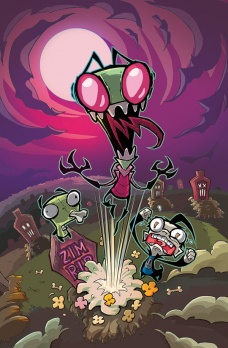 Invader ZIM #1 ($3.99) ― There was once a time when I didn’t read any comics except Tintin, Asterix, and newspaper comic strips. I lived in a town with no comic book store, and grew up incorrectly believing that comic book stores must be an American thing. Then I moved into the city and a friend of mine showed me the Invader ZIM cartoon (“Attack of the Saucer Morons”) created by Jhonen Vasquez. And it was awesome. She also told me about Jhonen’s comics which led to a trip to my first trip to a comic store where I picked up “Johnny the Homicidal Maniac,” “Squee’s Wonderful Big Giant Book of Unspeakable Horrors,” and this thing that looked kinda cool called “Hellboy: The Chained Coffin and Others.”

So I guess ZIM introduced me to American comics. And now ZIM has been resurrected as a comic with various creators from the show working on it. How could I not get this?

Abe Sapien #24 ($3.50) ― Abe’s had a bit of an attitude adjustment after the fallout of the last arc. You’ll see my full review tomorrow, but this arc is off to a great start.

Harrow County #3 ($3.99) ― This series just gets better and better. I loved everything in this issue. And I hope you’re picking up the singles either physically or digitally, because the “Tales of Harrow County” and “Let’s Talk About…” backups are well worth checking out.

Total: $11.48 – This definitely won’t be all I’m getting. I have my eyes on a few trades that completely blew out my budget. 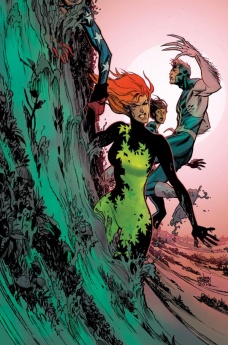 Justice League United #11 ($3.99) – Jeff Parker and Travel Foreman on an ever-expanding team of Justice League specialists? Has someone been reading my dream journal?

Archie #1 ($3.99) – I think one of the best things for comics would be for “Archie” to take off once again. Putting Mark Waid and Fiona Staples on the first arc is a great step towards that happening. I’m very, very excited to see how this shakes out.

Star Trek/Green Lantern #1 ($3.99) – This has to potential to be the sci-fi peanut butter and chocolate – two great tastes that taste great together. 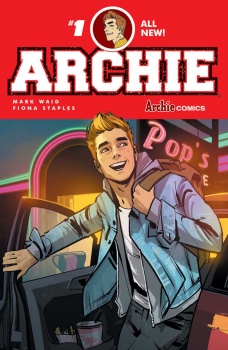 Invader ZIM #1 ($3.99) This was one of my favorite cartoons growing up and I pretty much danced a happy dance around my room for an hour when this was announced. It’s going to be the first thing I read this week and better yet, there’s not so much of a mythology that new people can’t get into this.

Negative Space #1 ($3.99) I’ve unfortunately been where the main character of “Negative Space” is and that’s probably why this story resonates so much with me. It’s a beautiful debut that sets up what could easily be the best miniseries of 2015.

Archie #1 ($3.99) I’ve been into “Archie” on and off over the last few years. What really got me into this world was “Life With Archie”, which was an alternate world story of Archie and the gang as adults. It’s an idealistic world that over the years has started getting into more serious but contemporary issues while still retaining what this world is. This relaunch is really hyped but also very scary since this is a 75 year old property still making money. I’m excited to see what Waid and Staples give us and I hope this turns on a bunch of new readers.

Saga #30 ($2.99) This has been kind of a weird arc for me. My love for this series hasn’t gone down but I kind of feel a little on the underwhelmed side with what’s been happening. Last issue ended with a really depressing cliffhanger (like literally every other issue) so I’m excited to see where this picks up.

Transference #1 ($3.99) Black Mask Studios is the new hotness and they haven’t given me a single series I haven’t really enjoyed. “Transference” #1 is no different. It’s science fiction, it’s a spy thriller and it’s a strong character drama. 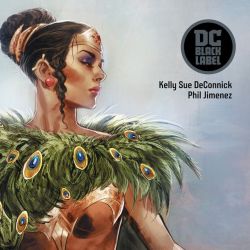 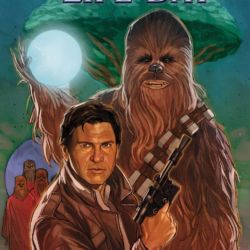 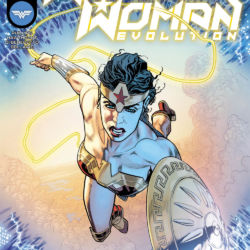