Multiversity’s column on comic history is back for another April-themed edition. Misleading radio coverage! DC’s first direct market exclusive! Marvel fumetti! Plus, an April Fool’s joke in such bad taste, it’s only discussed in vague terms! 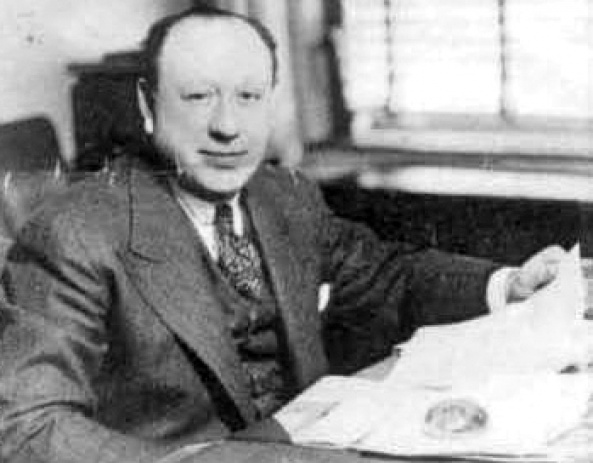 April 1942
Since 1940, opinion pieces about comic books were mostly negative, and mostly of the generational divide genre (“Kids today always have their nose in their phone/video game/television/comic book/etc. When I was young, we didn’t have that, so it must be bad.”). After a couple years of this, publisher and comic pioneer Max Gaines stepped up to defend comics on a CBS radio show on April 22, 1942. In addition to pointing out there was no evidence that comics hurt the eyes of children or rendered them incapable of enjoying a novel, he took the offense and cited psychologists, educators, and child experts who saw advantages in children reading comics. Naturally, he forgot to mention that all of the professionals whose opinion he relied upon had been members of his paid advisory staff at All American Comics for the last two years or so. 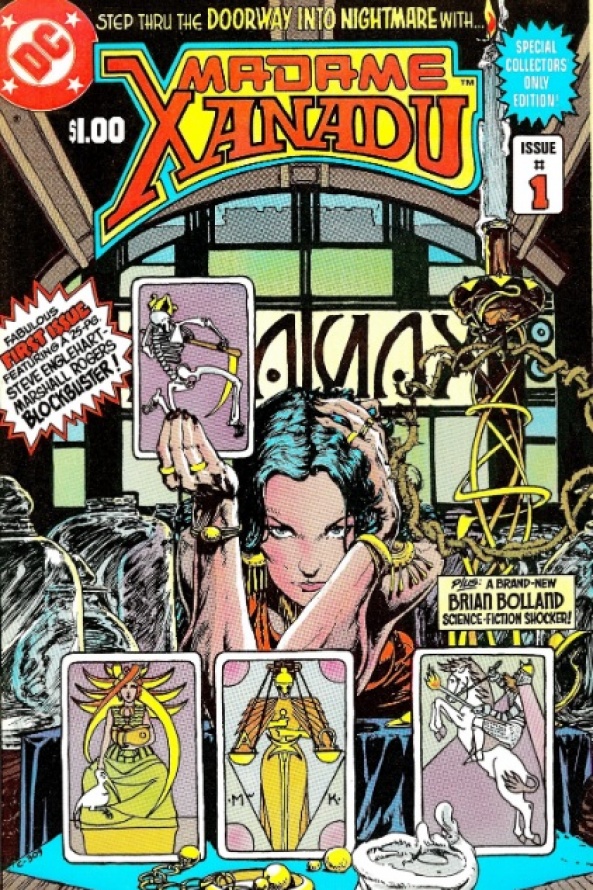 April 1981
Nearly ten years after Phil Seuling started the direct market (and two years after it stopped technically being “direct”), major comic publishers were finally starting to think it could be a viable outlet. Marvel was the first to experiment with a comic shop exclusive with “Dazzler” #1, but they hedged their bet by limiting the exclusivity to the first issue – newsstands offered the second issue and beyond.

DC followed soon after, but chose to conduct their experiment with a one-shot instead of an availability switcheroo. So it came to pass that in April 1981 (cover dated July), “Madame Xanadu” #1 graced the shelves of comic stores across the nation. Despite a cover price of $1 when the average price was half that, “Xanadu” still had orders for 100,000 copies. It wasn’t “Dazzler” numbers (~400k), but it was still enough to demonstrate the industry’s potential.

Of special note is the blue starburst in the upper right proclaiming the book a “collector’s only edition”, plus TWO text boxes dropping the names of creators who worked on the issue. DC was doing its best to take advantage of its target audience with this one.

April 1984
Fumetti is an Italian style comic that uses photographs instead of illustrated panels. In April 1984, Marvel released a one-shot in the format, aptly titled “The Marvel Fumetti Book”. According to Jim Shooter, the contemporary EIC, the book was slapped together quickly to raise some fast cash so Marvel’s owners could resist a takeover attempt from corporate raider Mario Gabelli. I don’t know how accurate that claim is, since Shooter said Gabelli made his move in mid 1985…

The book contained 18 short stories starring members of the Marvel bullpen. The center fold was originally planned to be Stan Lee lounging nude on a couch and covering himself with a copy of “Batman vs Hulk”, but some degree of taste led to it being his face pasted over the body of Hulk on the same couch.

Due to a production error with a lettering overlay, the interior pages had such poor quality images that Marvel accepted returns from the direct market. Still, some readers studied it close enough to identify editors and creators on the street, which was a whole new experience for people who were used to anonymity.

April 1998
April Fool’s Day, done right, can be a great way for a company to attract attention to its products. Sometimes, though, it’s easy to loose sight of the line between “the right way” and “what have I done!?” In 1998, a small publisher chose the wrong path and screwed up so badly that I’ve been unable to figure out who they were because… well, let me start at the beginning.

It started with a press release being sent to comic trade magazines like “Comic Buyer’s Guide” and “The Comics Journal”. The release regretted to inform them that an important member of a smaller publisher had died, and included an obituary from the Los Angeles Times. Had things gone according to plan, it would have been reported in the magazines’ April editions, then the allegedly dead fellow would show up alive and attract additional publicity for the May edition.

Unfortunately, the journalists who received the press release were good at their jobs. A call to the publisher for additional information went unanswered. That raised suspicions, which were already on alert for bogus stunts. CBG called the LA Times obituary department and learned the page the magazines had been faxed was altered to put the dead man’s biography over someone else. The bizarre circumstances led CBG to contact the Journal, which had done some digging of its own. In a historical first (and probably last), CBG and the Journal coordinated some investigating to learn the truth. Not only had someone tried to fake their death as a tasteless joke, he had also done so with the permission or knowledge of his boss.

In the end, the “story” was uncovered and the truth spread among insiders in time to prevent anyone from actually publishing it. In response to the cry for attention, neither CBG nor the Journal ever carried a news item from the publisher again – hence my inability to name them here. CBG didn’t even let readers know the events had transpired until 8 years later, when they reminisced without identifying the culprit.

Other April events
Was the above not enough for you? Read last April’s column!