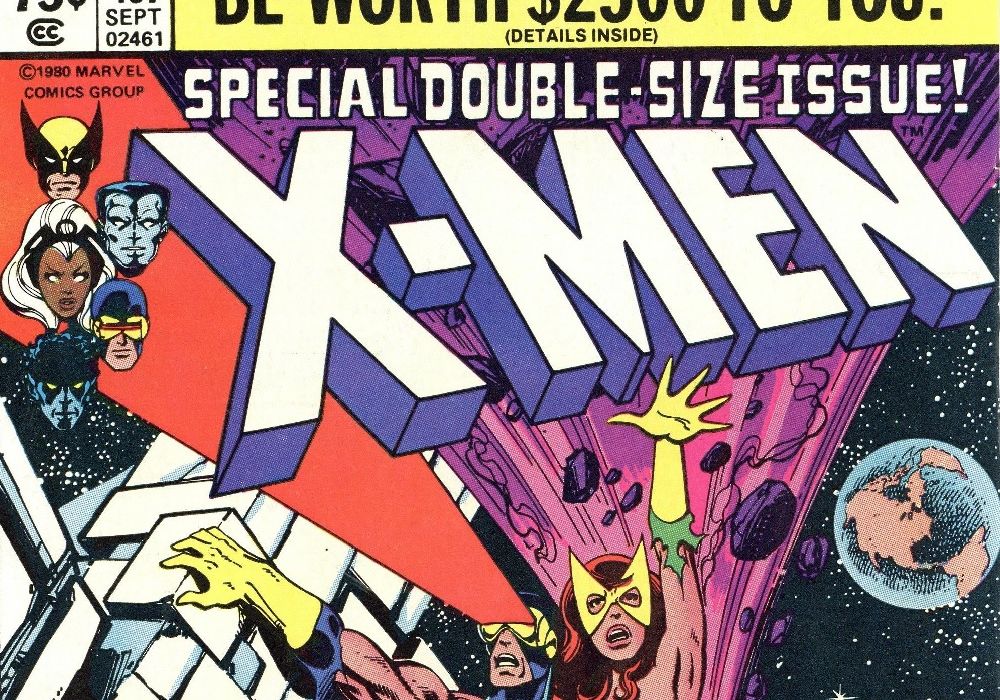 The comic industry has a history almost as exciting as the fiction its produced and Multiversity’s history column is back to introduce some of those moments to you. This installment is themed around September with items from 1969, 1975, 1980, and 2001. Enjoy! 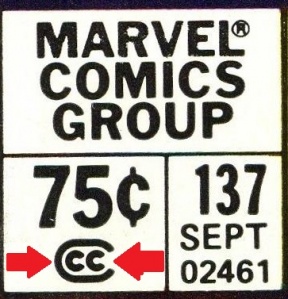 Martin Goodman made an ill-timed decision in November 1956 when he closed down his distribution wing, Atlas News Company, and hooked the company that became Marvel Comics to the national distributor American News Co. Six months later, an unrelated lawsuit prompted ANCO to shutter its own distribution network and Goodman was forced to sign with Independent News (IN), a DC affiliated company. For the next thirteen years, Marvel was distributed by DC Comics with severe publishing restrictions. Goodman’s business strategy had been one of quantity over quality, with 85 new comics published every month. With IN, he could publish only eight.

It was under this restriction that Stan Lee and Jack Kirby created the Fantastic Four in 1961, and Marvel Universe flourished beyond that. The limitations meant Lee was able to write all the titles and keep a cohesive continuity. Fans responded and IN noticed the sell through numbers were on the rise. Looking to increase its own profits rather than protect its affiliate’s market share, IN increased Marvel’s permitted monthly output from eight to eleven in 1968.

Although, if profits were all they were interested in, why did IN limit Marvel’s output in the first place? Why wait until 1968, long after the Marvel Age was underway, to boost the limit? And why only to eleven?

Not so coincidentally, 1968 was the same year Martin Goodman sold Marvel to the Perfect Film and Chemical Corporation, which became Cadence Industries shortly thereafter. Another member of the Cadence family was Curtis Circulation, a magazine distributor.

And so it was that in September 1969, Marvel left IN for the greener pastures of Curtis Circulation. Few fans were likely to notice the distributor logo on covers change from IND to CC as shown above, but all of them felt the impact. For the first time, the Marvel Universe was unrestrained, and a wave of new titles followed.

Years later, this change would keep Marvel operating even as profits fell. By 1976, the shine had come off of the Marvel Age. The increased volume meant additional writers, and continuity was no longer tightly maintained. Loose management saw shipping delays become the standard, and fans were frustrated hunting for books that weren’t available. (This was before comic shops, when a collector might have to travel to multiple locations to find titles, and a book’s absence could mean a late issue, cancellation, or a sell out. The only way to know would be to find the next issue, or a friend who had the missing issue.) Price increases and additional titles also meant it cost more than $1 to follow the whole universe. Sales on some titles tumbled, but the line as a whole made significant profits for Curtis. That enabled titles netting Marvel less than $1,000 in profit were allowed to continue, and sometimes they were even continued at a loss. This corporate synergy kept Marvel operating until Jim Shooter took the reins to correct management troubles and the Direct Market rose to replace the newsstand as the primary sales outlet. 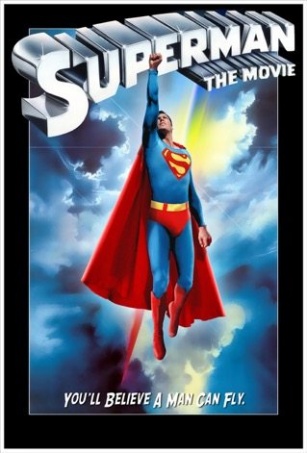 The saga of Jerry Siegel and Joe Shuster’s relationship with DC regarding Superman had some pretty high highs and some remarkably low lows. One of those lows came in September 1975, when Siegel heard that Warner Bros had paid novelist Mario Puzo $3 million to write a screenplay for Superman: The Movie. Struggling to make ends meet while working for the Post Office, Siegel felt a measure of bitterness. That bitterness was compounded by an annual stipend promised by WB’s lawyers earlier in the year that never arrived. He complained to friends and the fans who contacted him, and they encouraged him to make his position more public.

Siegel wrote a press release detailing the current financial situations of himself and Shuster, who was unable to work because of deteriorating eyesight and living with a relative. There’s no easy way around it: this “press release” was a poorly written rant, and probably made more than a few of the 1000 media outlets who received a copy wonder how the man who drafted it could be the same man who created Superman. Nevertheless, the story Siegel presented was dramatic, scandalous, and sensational. It perfectly encapsulated both the American Dream and the American Reality – two creative boys invent something revolutionary that makes them both wealthy, only to have a greedy corporation rob them of credit and royalties.

A journalist with the Washington Star followed up on Siegel’s press release with an interview and some fact finding. His story was front page news in October 1975, and was soon picked up by other papers. Siegel appeared on TV talk shows and his cause was championed by prominent creators. He talked to the fan press about it in November. WB had an embarrassing black eye, and they moved fast to resolve the complaint. In December, Siegel and Shuster reached an agreement that meant they would receive an annual stipend (really, this time) and ongoing acknowledgment as Superman’s creators. 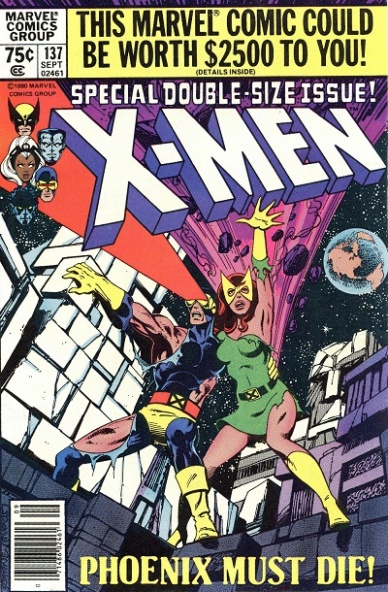 By 1980, the price of a new comic book had risen to fifty cents. Highway robbery, some said. So, on all issues cover dated September, Marvel advertised The Mighty Marvel Win-Yourself-Some-Big-Bucks Contest. The interior ad included an apology to readers for the price increase, a promise of expanded content coming soon, and a contest aimed at improving Marvel’s product. There were three age categories (10 and under, 11-14, and 15+), each with their own question to answer. Young readers had to submit the name of their favorite superhero and a reason for their pick under 25 words. Tweens had to submit the name of their least favorite with a 25 word rationale, and older readers were given a 50 word maximum to say how the Marvel Universe should face the “challenges of the eighties”. The grand prize winner for each category, as chosen by an independent firm, would receive $2,500. Worried the interior ad might not be enough, a big banner was slapped on the cover of all affected comics, as seen above.

But wait! Something’s missing from that “Uncanny X-Men” #137 cover above! Where is the seal of approval from the Comics Code Authority, the censorship body that ensures comic content is inoffensive and appropriate for young children? Surely this was just an oversight by an inattentive production assistant. See? It’s missing from “Captain America” #249 too. Someone must have noticed, though, because the stamp’s location was moved to remain visible on other books like “ROM” #10. No harm, no foul, right?

Hey, wait a minute. This issue of “Uncanny X-Men” has Jean Grey / Phoenix kill herself. That’s not CCA material. And in “Captain America”, the villain Machinesmith commits suicide, too. Were these two books printed without CCA approval? Was the stamp left off on purpose?

No, says Marvel. The CCA did approve the stories; the seal was inadvertently covered by the contest banner. The similar, questionable content in the two is purely a coincidence. Strange but true! 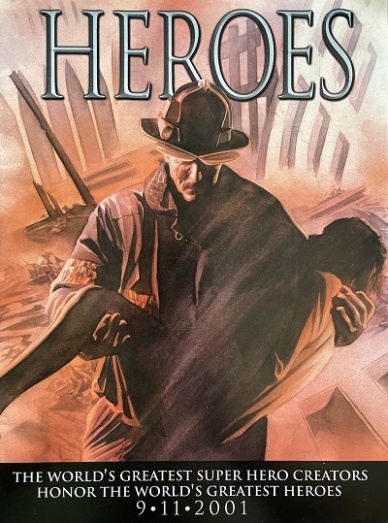 Twenty years ago this month, something terrible happened. I won’t explain what, other than to say that several comic publishers and creators stepped forward to help the best way they could.

Marvel was the first one to get a benefit book out, but the 64-page “Heroes” booklet was an industry effort. The list of contributing creators is too long to list here, but it includes Todd McFarlane, Alan Moore, Jim Lee, and others whose personal problems with Marvel were set aside. It raised over a million dollars for the Twin Tower Fund across three printings. It was followed by “A Moment of Silence,” and by other publishers like DC’s two volume “9-11” anthology, Alternative Press’ “9-11: Emergency Relief,” and Collaboration’s “September 11.”

Buying a back issue of one of these won’t send any money to charity now, but I personally find them just as moving as I did when they were new. I highly recommend them, especially to anyone to young to have experienced the events first hand. If, after reading, you feel moved to make a donation, a list of active 9/11 charities can be found here. 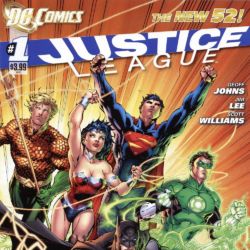 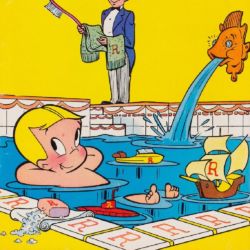 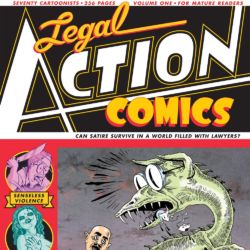 Multiversity’s history column returns to the bygone era of 2001, recalling the state of the industry, the seeds of Free Comic Book Day, and Marvel’s experimental renaissance.General eventsAfter eight years of recession, the comic industry finally experienced growth again in 2001. There was a variety of sources for the growth, many of which are detailed […]