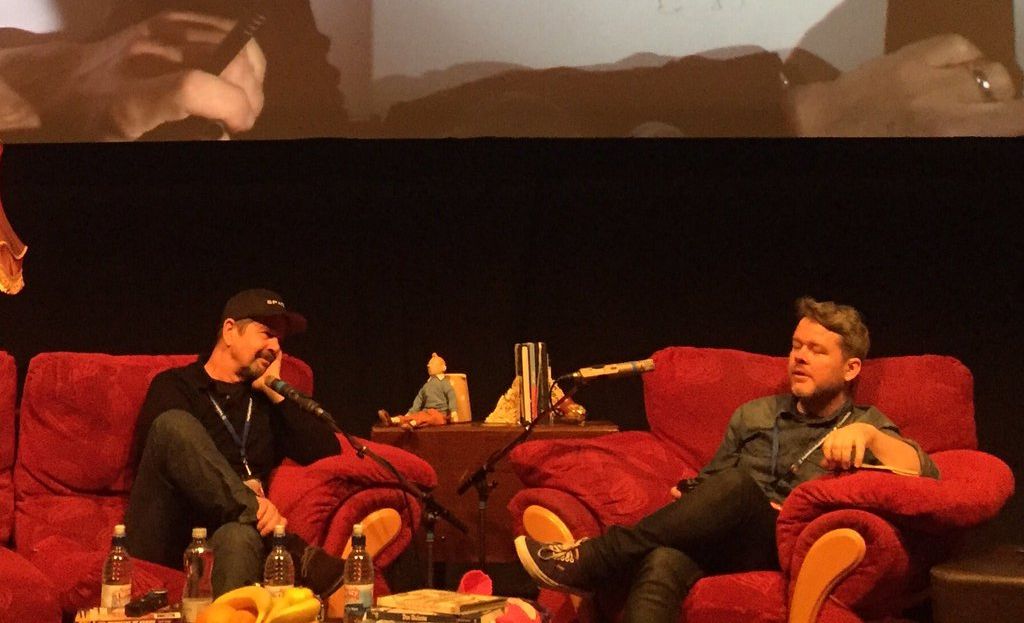 It would be disingenuous to say that I knew Darwyn Cooke well, but I did spend a lot of time with him at The Lakes Comic Art Festival last year, and for the duration of that show he was my ‘con buddy.’ He was the guy I did a lot of my panels and talks with, and he was the guy who was helping me prop up the bar in the wee small hours. I would only have another shot if Darwyn had one with me, and he was the sensible one who always suggested late-night ham sandwiches to soak up the alcohol. He was that kind of guy.

The beauty of going to any convention is you never know who those people are going to be, the ones you connect with and forge a bond, even if it’s only for that time. It’s one of my favourite parts of travelling to a show, and I’m so glad to have got that time with Darwyn.

I’d been a fan of Darwyn’s from very early on, and I can still clearly remember buying “Batman: Ego” off the shelf at Comics Etc. in Brisbane when it first came out. In fact, I remember that being an incredibly productive week because not only did I get Ego, but I also picked up issue 1 of a little book called “Powers” from Image Comics. Who was this Brian Michael Bendis? I already knew Mike Avon Oeming from DC’s “Judge Dredd” series, but I had no knowledge of this Bendis and his extensive letters pages. But I digress..this is about Darwyn.

It’s funny, because I didn’t know at first if we’d get along. I remember hearing he’d be coming over for the Lakes Festival, and so I begged the wonderful organiser Julie Tait to let me host his events. They ended up taking the form of a spotlight panel (one of my favourites) where we delved into his career and touched on some rather personal, candid moments – and a live-draw featuring him, Stuart Immonen & Ian McQue.

As is customary at any of these shows, we started an email chain ahead of time to discuss what we would do and what was needed. I asked Darwyn if there was anything he did or didn’t want to talk about, and asked if he could supply us with some images for a slideshow since he would have better access to his work. He wrote back saying: “Believe it or not, I’m the kind of guy who believes that the images and questions are completely up to you. I’m not afraid of tough questions and I believe that the tone of the panel should be set by you. As for images, I’m sure you can find whatever you need on Google.”

I’ll admit…I was taken aback. That’s one of the downfalls of emails, you can misinterpret the way in which something is said – and boy did I get this one wrong. When I met Darwyn it all fell into place – I realised exactly what he meant by his email and, having spoken with him, I could hear exactly how it would sound in his voice. I still can as I cut-and-paste those words from his original email.

The truth is, we hit it off right away, and we bonded in the bar on the first night. He reaffirmed that I could ask him anything, and I asked if that included fighting and punching people at cons. He laughed and told me all the stories – the real stories – not the ones that had been passed around like some bad game of ‘telephone.’ It turns out there was a lot more myth to them than fact, and I think Darwyn was okay with that. We discussed it all again on the panel the next day – telling the stories that could be told, and leaving the others in the bar where they belonged.

The thing I remember most of all was when Darwyn welled up talking about his years in advertising, and that moment of realisation that he wasn’t doing what he wanted. It was hard to tell, but sitting there next to him I could see it in his eyes and hear it in his voice … It’s one of those moments that has stuck with me because we were two guys having a very real conversation in front of a crowded room. You can listen to that interview here and hopefully experience some of the magic for yourself.

Again we spent the night in the bar – hanging out with Jeff Chahal from NICE Convention – and finishing the night with our customary shots and ham sandwiches. Fortunately that didn’t wreck us for our live-draw event the next day with Stuart Immonen & Ian McQue. Hosting live-draws can be a lot of fun, as not only do you get to chat with the artists, but you can have them draw what you want. I knew in this case I wanted to see Darwyn and Stuart do Superman (because I was a big fan of both) and I wanted to have them do a self-portrait as well. Both of those pieces were eventually auctioned off as part of the Lakes Charity Auction at Orbital, and it was hard to see them go.

Even harder now is knowing that Darwyn is gone…It was so sudden, so unexpected, and so tragic. It hit me personally because beyond appreciating the work I’d become invested in the man, and to lose him so early – so young – is something I can’t make sense of. I’ve lost a few good friends in the comic industry over the last few years…Herb Trimpe is one that still hurts and who I think about often. I think that’s the nature of comics – so many of the people are great, and that’s something we can tend to forget as the latest scandal or outrage unfolds.

Personally I prefer to dwell on the positive, and to remember the good times, but today while I do that I’ll be shedding a tear for Darwyn and his family – especially as I listen to our interview once again. I will never forget Darwyn or that brief window of time we had together. 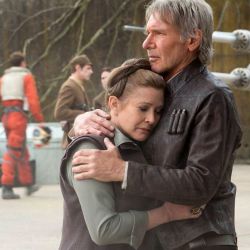 Carrie Fisher: Drowned in Moonlight, Strangled by Her Own BraMy story isn’t unique: like many people, Carrie Fisher was my first real crush. I didn’t know why, but as a young boy watching Star Wars, she was different from all the other girls I knew. She wasn’t just cute and funny,  she was strong and […]