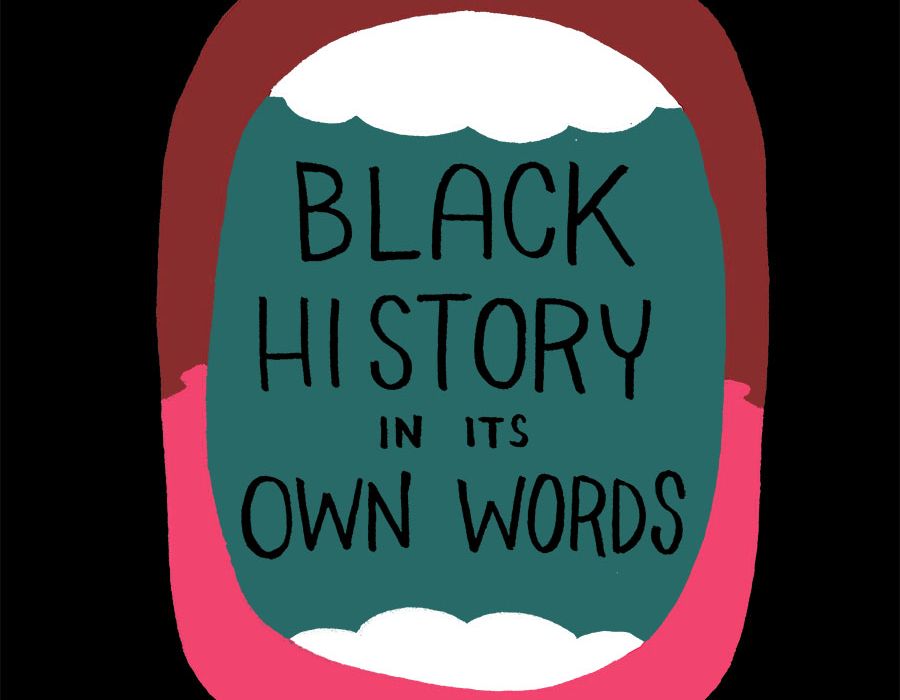 Welcome back! We’re back with Soliciting Multiversity, where we explore the future releases of publishers and what is worth checking out. As always, I will be tackling Image Comics’ output and this month we’ll be looking ahead to February 2017 and what the new year has in store for us. What might that be? Some pretty cool stuff, turns out. Why don’t we take a look?

First up, an honourable mention: in celebration of the return of “Sex Criminals” with #16 this month, Image is re-soliciting “Just The Tips” in case you didn’t get your filthy little hands on it the first time.

I’m not going to talk about “The Walking Dead” as a comic because, honestly, I’ve read less than fifty issues of it, but I think it’s really cool that Kirkman’s issues this month are being dropped to 25 cents in honour of the 25th anniversary of Image Comics. We’re bound to see more celebration of this anniversary throughout the year and I’m really excited to see the form that will take.

Image has partnered with so many great creators over the years that I can’t imagine they’re not ringing people up to work on something special.

NEW STORY ARC
“CONQUERED”
In the aftermath of The Whisperer War: ALL IS LOST.
ALSO, HOLY CRAP! THIS ISSUE IS 25 CENTS TO CELEBRATE THE 25th ANNIVERSARY OF IMAGE COMICS!

9. A Sequel Years In The Making

I don’t have too much to say here because I didn’t read the original “Planetoid” series, but I did want to talk about how cool it is to see Image continue to support creators after years away from a project. Something similar will come up later in this article with a book that rhymes with Crex Siminals, but I’m glad to see these kinds of books not sit in limbo forever like they might at another publisher.

The greatest thing about creator owned is that if a publisher is willing to wait, a project is never really dead so long as a creator wants to work on it.

SERIES PREMIERE
PLANETOID PRAXIS is the long-anticipated sequel to the popular 2012 miniseries PLANETOID. The inhabitants of a distant planetoid have fought off their robot overlords and established a thriving settlement on the planetoid’s mechanized surface. Now, years later, their de facto leader, Onica, must grapple with a new complication when their isolated way of life is threatened by the arrival of an unexpected visitor!

If only this was coming out now, this would be on every holiday wishlist I have. “Velvet” was a fantastic exploration of the espionage genre and the role of women as spies from two of the masters of spy stories. I don’t actually have much to say about “Velvet” that hasn’t been repeated ad nauseam because it’s fantastic, but I can’t wait to see Steve Epting and Elizabeth Breitweiser’s artwork in an oversized format.

From the creators of Captain America: The Winter Soldier comes VELVET, a slick and sexy new take on the Cold War spy genre. What if the secretary to the man running the world’s most top secret spy agency was actually their most dangerous weapon, once upon a time? VELVET is groundbreaking new work from one of the bestselling teams in comics, and now Velvet Templeton’s first major storyline is collected in one oversized deluxe hardback with behind-the-scenes extras and articles. A must-have for any BRUBAKER & EPTING fan.

7. Bondage On An Oversized Scale

And seeing Stjepan Sejic’s art in an oversized hardcover is going to be so great.

I’ve said it before, and I’ve said it again, but I can’t believe “Revival” lasted close to fifty issues. I mean, I can barely believe it when anything last close to fifty issues these days, but this was a slow burn, character-focused horror drama that tried to upturn how we thought about zombie stories. I can’t believe this comic lasted as long as it has. I picked this up on a whim back in 2012 because I wanted to see what the writer of “Hack/Slash” was up to and now it’s four years later and this epic narrative is coming to close.

IT ALL ENDS HERE!
Em Cypress is the link between the land of the dead and the world of the living, and she must decide the future of humanity…if her sister Dana will let her!

LAST ISSUE OF THE ACCLAIMED SERIES! Don’t miss it!

I genuinely thought “Sex Criminals” had died for a while there. By the time this issue come out, it will have been close to a year since we last saw Fraction and Zdarsky work their magic. This seems to due to the fact that Matt Fraction is inundated with work and why he seems to have dropped off the grid for most of this year, so I can only hope that “Sex Criminals” returning signals a return to a more steady flow of comics from him in the next year.

4. Somehow Not The Title Of A New JRPG

I’m mostly interesting in this entry by the fact that it’s a single creator anthology of three serialised stories, “Shonen Jump”-style, by Corey Lewis. “Sun Bakery” made some waves being published by Alternative Comics because, hey, it’s Corey Lewis, but I’m glad to see it get new life at Image Comics.

One of the things I love at Image is that it can be a place where niche indie comics can find a place to thrive thanks to an audience craving something new each month. I can only hope more underground comics can find a larger platform with Image.

The sold-out indie hit returns through IMAGE COMICS! SUN BAKERY comics anthology features the following stories: “DREAM SKILLS,” about a city where guns are obsolete and the social culture is swordplay; “AREM,” a space adventurer on a quest to photograph the most beautiful galactic vistas; and “BAT RIDER,” a supernatural skateboarding comic.

As much as I want this little blurb to hype up how great Gabriel Hardman is and how just a one-shot of his work isn’t going to be enough to sate me, I am just captivated by this cover. Not just the form of the bat-like creature and the way it’s mass draws the eye to the centre of the image only for the wings to draw that eye up to the immaculately lettered title with its red standing stark against the dark greens of the cover itself.

As much as I want to get my hands on this issue, I want this cover framed.

AN ALL-NEW HORROR ONE-SHOT FROM GABRIEL HARDMAN!
When an airliner crashes in a remote jungle, everyone walks away unscathed only to find you can’t escape the lush, brutal world of the Belfry. From Logan storyboard artist and Hugo Award-nominated writer/artist GABRIEL HARDMAN (INVISIBLE REPUBLIC, KINSKI, Star Wars Legacy), THE BELFRY is a self-contained one-shot that may just strip you of your humanity.

Yes, calling a comic “The Old Guard” about those who never seem to fade away is massive shade at the comic book industry. I’m all about that.

But you know what else I’m about? A comic by Greg Rucka and Leandro Fernandez. I don’t have to explain why I love Greg Rucka, but Leandro Fernandez was one of my favourite artists who worked with Garth Ennis of “Punisher MAX”. His work is grimy and gory and gnarly in such a wonderful way. Having my favourite Punisher writer and one of my favourite Punisher artists working together on a story about soldiers who refuse to die? I’m all in.

Plus, I’m all about the potential A-Team aspect of people trying to find and hire these soldiers.

Trapped in an immortality without explanation, Andromache of Scythia—”Andy”—and her comrades ply their trade for those who can find—and afford—their services. But in the 21st century, immortality is a hard secret to keep, and when you live long enough, you learn that there are many fates worse than death.

After Image reprinted Ron Wimberley’s “Prince Of Cats” in a such a gorgeous edition, I found myself hoping that Wimberley had found a place to put out more of his personal work. Lo and behold, we’re already seeing his next work solicited at Image.

A collection of quotes and illustrations the examines, well, black history in its own words. This is going to be a fascinating read and I can’t wait to get my hands on it.

A look at Black History framed by those who made it.
BLACK HISTORY IN ITS OWN WORDS presents quotes of dozens of black luminaries with portraits & illustrations by Ronald Wimberly. Featuring the memorable words and depictions of Angela Davis, Jean-Michel Basquiat, Kanye West, Zadie Smith, Ice Cube, Dave Chappelle, James Baldwin, Spike Lee, and more. 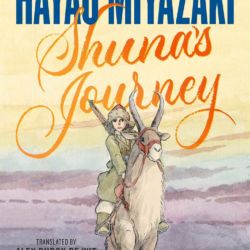 Soliciting Multiversity: The Best of the Rest for October 2022

This week, we’ve looked at upcoming titles from Image, DC, Marvel, and manga publishers. Now, it’s time to look at everything else. It’s the best of the rest for October 2022.1. Into DarknessThe late Tim Sale’s work echoed across comics. While maybe never as cited or spotlit as much as contemporaries like Frank Miller or […] 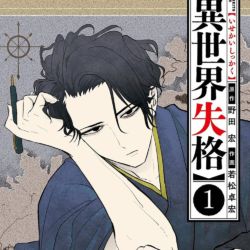 There were...so many damn books in this month's previews. Like, 2-3 hundred titles to whittle down from. That's way too many. That I got it down to 10 (plus a cheat) took an effort I don't think I could do again. I hope you all appreciate what I do for you. 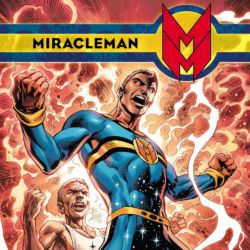 As I write this, the Summer heat is sweltering. But it’ll be nice and cool when these comics come out! In fact, spooky season will include a few nicely thematic comics to enjoy, so let’s cut to the chase and see what Marvel has in store for us for October.10. Let’s Get Spooky!Let’s kick things […]