We’re taking a look at Image’s solicitations for February 2016 and… honestly? This isn’t exactly the best month. Sure, Image continues to put out some amazing books, but this is a month where the majority of their books are in the middle of their stories and there’s only two new series beginning meaning there’s not really a whole lot for me to talk about here.

Still, let’s dive it into, yeah?

10. The Unsung Hero Of Luther Strode Gets A Spotlight In “Spread” 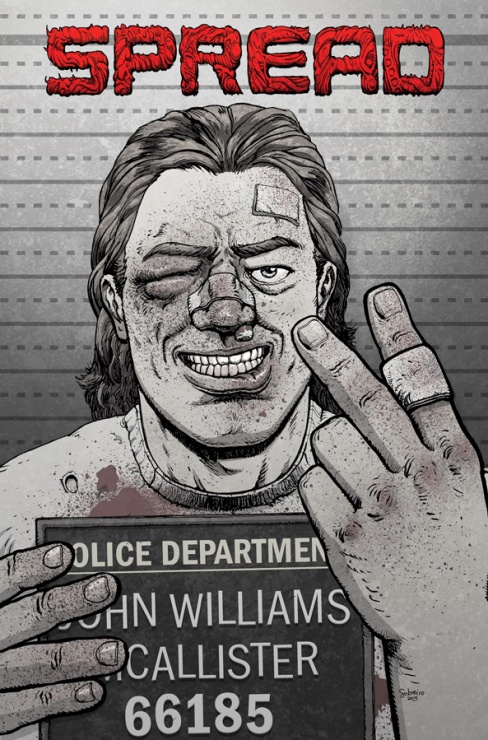 Felipe Sobreiro has been the colour artist on a bunch of comics written by Justin Jordan and has been the unsung hero of the “Luther Strode” as he gorgeously renders the gallons of blood in that series. Now, he’s going to be contributing as the visual artist for “Spread” #13 and I can’t wait to see what he brings to the page! It’s gonna be sick. 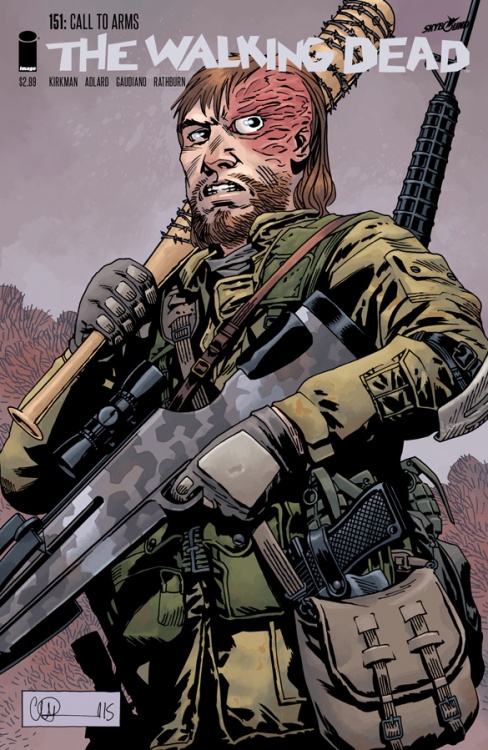 8. “Bitch Planet” Gets Even Bitchier 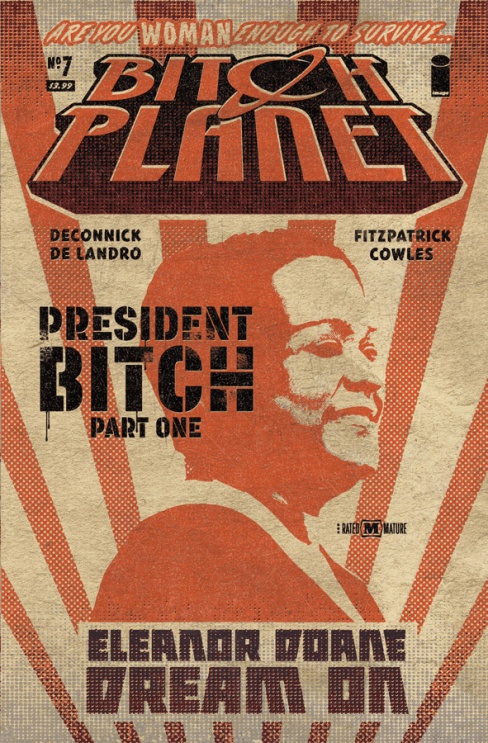 I don’t really have much to say here other than to remind you that “Bitch Planet” is a comic that exists and that you should be reading it. Yeah, that’s it. Read “Bitch Planet”. 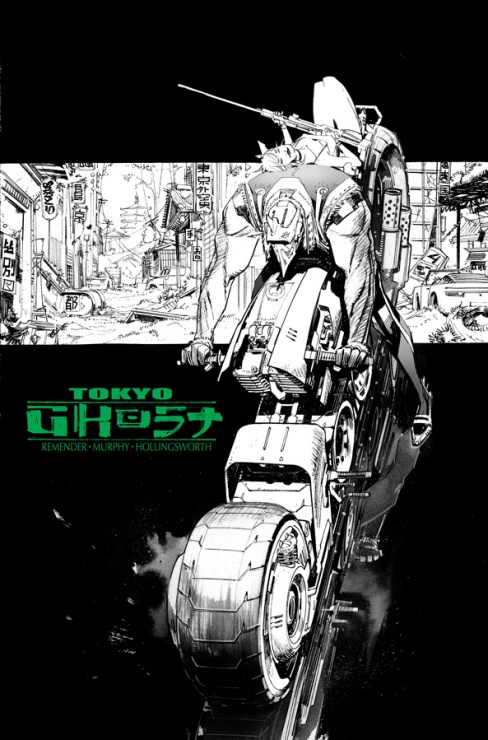 So, I mostly overlooked “Tokyo Ghost” because I’m not really a fan of Rick Remender and I’ve got better things to do than read comics from writers I don’t like, but I am a huge fan of Sean Murphy so getting to see his original inkwork at such a large page size will be like heaven for me. Even if I don’t care about the story, I’ll be definitely picking this up to get a look at Murphy’s art. Now, if only they could do this for “Punk Rock Jesus”…

6. Now You Can Be Grossed Out By Nails In A Larger Page Size! 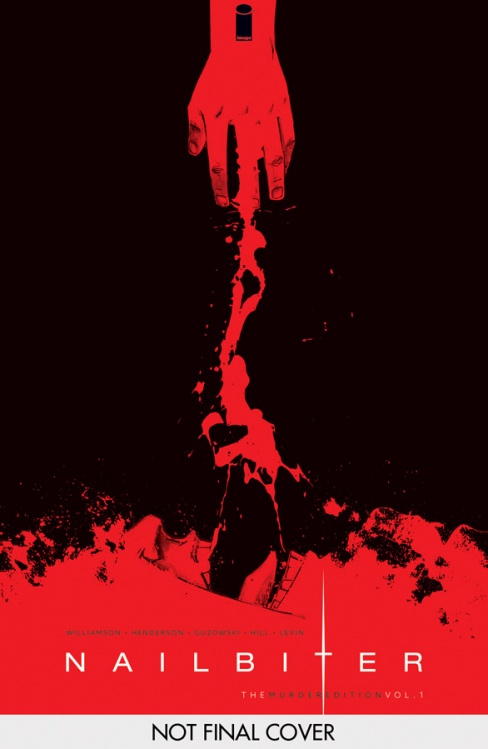 If you have somehow failed to read the epic “Nailbiter” then you’re in luck because you’ll want to get it in this version because deluxe hardcovers are factually the best way to read comics. That’s a fact. That’s science. I mean, you’re getting to see Mike Henderson’s gorgeously gruesome art at a larger page size plus you’re getting a bunch of bonus material you wouldn’t be able to experience otherwise. Hell, even if you have read “Nailbiter” you’re gonna want to pick this up. 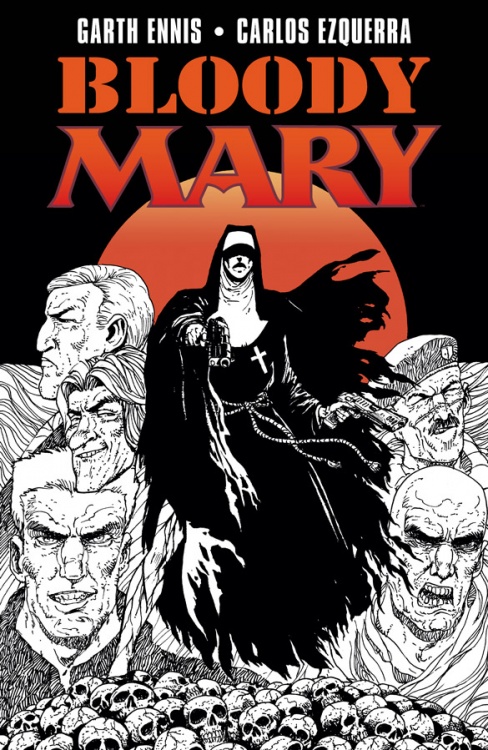 So… this is interesting. “Bloody Mary” was a series that Garth Ennis and Carlos Ezquerra put out through DC Comics’ Helix imprint and now, apparently, it’s being reprinted by Image Comics. This is actually pretty cool to me as the original series was published in the mid-90s and I would love to see Ennis working with Carlos Ezquerra. Also, note that this is one of the many advance solicit this month. Apparently, Image has such a quiet month in February that they had to pad out the solicitations.

BLOODY MARY TP – ADVANCE SOLICIT
STORY: GARTH ENNIS
ART / COVER: CARLOS EZQUERRA
MARCH 9 / 192 PAGES / FC / M / $16.99
IN 1999, WE ALL WENT BACK TO WAR.
In a world only slightly worse than our own, a third great European conflict has dragged the major powers into a lethal war of attrition. Now, Mary Malone, the most dangerous assassin in a land of killers, must face both a man who cannot die and a crazed cult leader whose flock are all too ready to die for him.
Garth Ennis (Preacher, The Boys, War Story) and Carlos Ezquerra (Judge Dredd, Strontium Dog, Adventures in the Rifle Brigade) present an action-packed tale of future warfare and a heroine whose faith lies firmly in firepower. 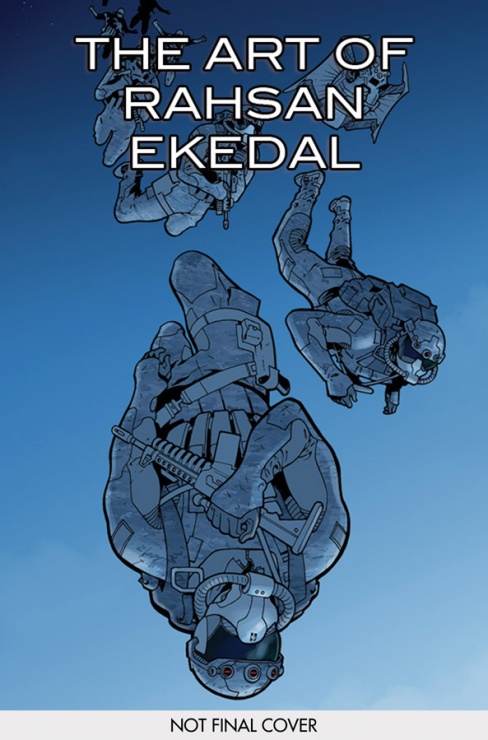 I’m only cursorily aware of Rahsan Ekedal’s art, but I know it enough to say that this art book will be worth checking out. His art has some really fantastic expressive qualities to it and while I don’t know if it’ll be included in the art book, the shading he employs on his sketches is sublime. I’ll be keeping an eye out for this one.

THE ART OF RAHSAN EKEDAL HC – ADVANCE SOLICIT
STORY: MATT HAWKINS, RYAN CADY, BRYAN HILL, & RAHSAN EKEDAL
ART / COVER: RAHSAN EKEDAL
MARCH 30 / 96 PAGES / FC / T+ / $39.99
This deluxe oversized hardcover (identical format as the WITCHBLADE 20TH ANNIVERSARY “ART OF” HARDCOVER) celebrates RAHSAN EKEDAL’s work over the past decade for Image Comics and Top Cow Productions. Focusing on the many Image titles he’s worked on, including THINK TANK, THE TITHE, and ECHOES, this limited edition is a must have for any fan of those series or RAHSAN’s work! 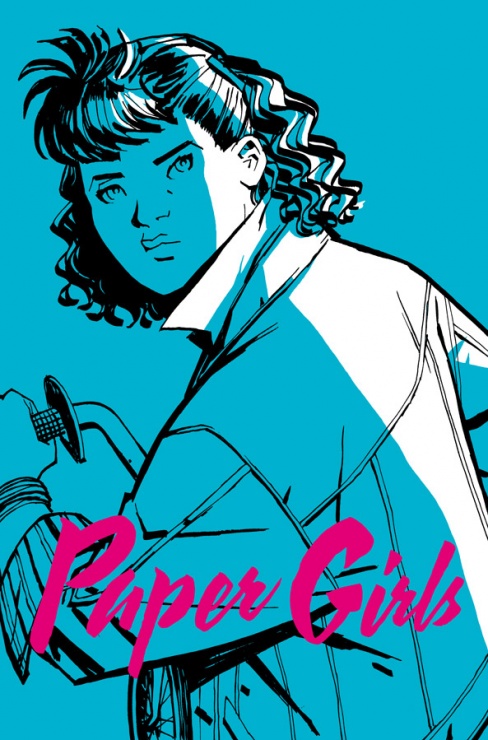 I haven’t actually read any of “Paper Girls” yet because I’m a bad person, so this is mostly to point out that the solicit text promoting a ‘MAJOR PLOT POINT’ is something I think is actually kind of cool. After all, solicitations are mostly for retailers more than consumers so having solicit texts actually have a talking point to advertise to retailers more than the vague hype text that most solicits have will actually allow them to promote the book better. Way to go, Image. 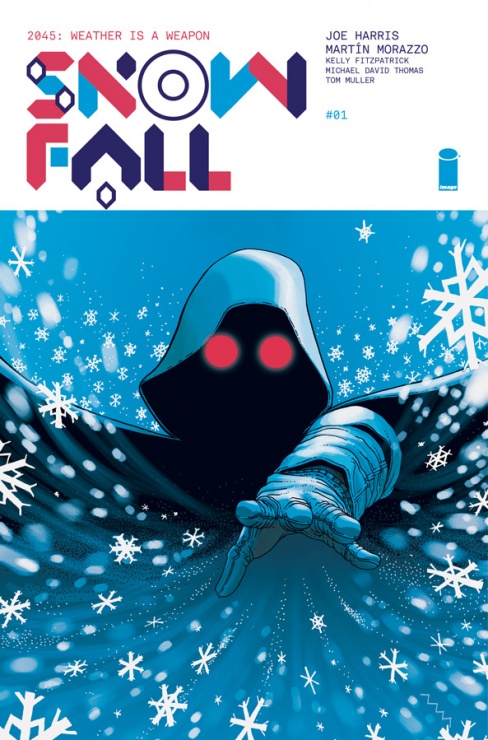 Joe Harris and Martin Morazzo are working together again on another environmentally conscious sci-fi comic. What more do you want from me here? “Great Pacific” was an amazing comic and even though it still hasn’t really finished, I’m super excited to see what these two do with a series that sounds like if the Weather Wizard from The Flash was actually a vigilante which is the coolest idea I’ve ever heard in my entire life. You need in on this.

SNOWFALL #1
STORY: JOE HARRIS
ART / COVER: MARTÍN MORAZZO
FEBRUARY 17 / 32 PAGES / FC / M / $3.99
Writer JOE HARRIS (The X-Files) and artist MARTÍN MORAZZO (Vertigo Quarterly), creators of GREAT PACIFIC, reunite for a brand new ongoing science-fiction series and an OVERSIZED DEBUT ISSUE featuring thirty-two pages of story!
In the year 2045 it no longer snows. A catastrophic crash has left the climate ravaged, society splintered, and the newly-christened “Cooperative States of America” propped up and administered by the powerful Hazeltyne Corporation. Only one man wages an all-out weather war against the system, wielding the forces of nature themselves as weapons. He is the White Wizard. The ghost in the night. Genius. Terrorist. Outlaw. Hero? 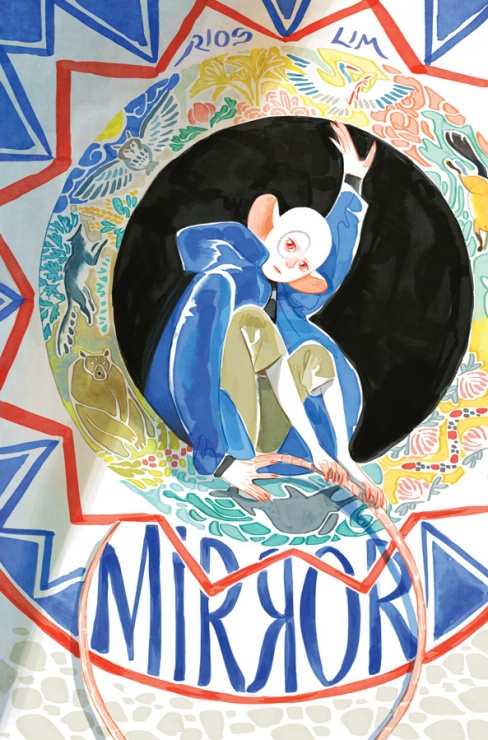 Emma Rios writing? Hewi Lim’s artwork? A terrorist talking dog and a heroic lab rat? Sign me the hell up! I’m not entirely sure if there’s much else to say here, honestly. These are two fantastic creators working together on a comic that, from the cover and solicit text, sounds like an amazingly creative fantasy story so yeah. I’m marking out to this. I’m super happy that Emma Rios is stretching herself creatively with more writing projects and I can’t wait for this.