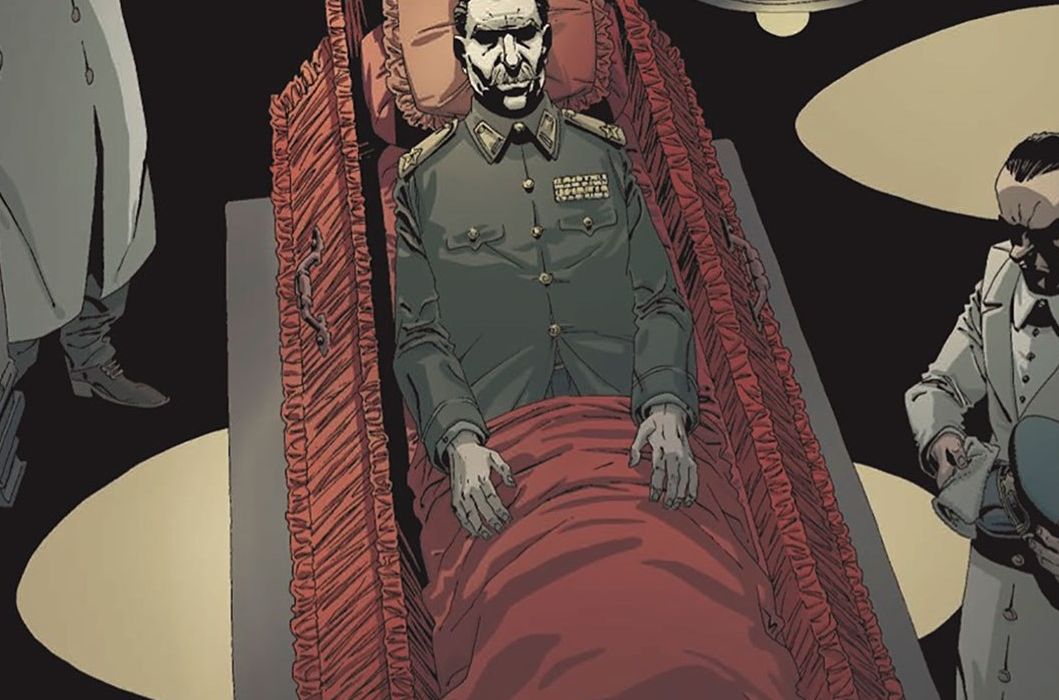 “The Death of Stalin” – published in English for the first time by Titan Comics – reconstructs the final days of the infamous dictator, offering a fresh perspective on a volatile moment in history. 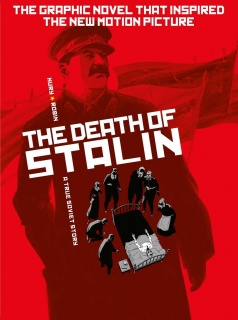 Fear, corruption and treachery abound in this political satire set in the aftermath of Stalin’s death in the Soviet Union in 1953.

When the leader of the Soviet Union, Joseph Stalin, has a stroke – the political gears begin to turn, plunging the super-state into darkness, uncertainty and near civil war. The struggle for supreme power will determine the fate of the nation and of the world. And it all really happened.

A darkly comic tale about the power vacuum left behind by Stalin’s death.

From the get-go, this first volume of “The Death of Stalin” immerses us in a tense, murky atmosphere. Drawing on sources “at best patchy, at times partial, and often contradictory”, Fabien Nury and Thierry Robin craft a coherent vision of the power struggle that Stalin’s death set in motion.

An early scene sets the tone. With Stalin incapacitated after what appears to be a stroke, his Central Committee comes together to discuss, at length, which doctor they should call. There is a complicating factor at play – namely, that Stalin recently sentenced the best physicians in the country to death. Why? The way Nury and Robin frame it, it was a petty case of workplace politics. And it gets even more dire from there.

Of course, with committee debates and radio broadcasts forming so much of the story, this comic was always going to be a closet drama, and a lack of action makes itself felt early on. This is a political tale, where the dirtiest deeds begin as a suggestion at a meeting. And while an easy villain comes forward in the figure of Lavrentiy Beria, the head of Stalin’s secret police, even he reveals more layers as the narrative goes on.

Sometimes the crowded nature of the narrative is overwhelming – there are so many players, involved in so much strategy, that the story loses forward thrust. But for the most part, the sense of claustrophobia serves the comic, creating a grim, oppressive atmosphere.

A surprising source of underlying drama is Stalin’s son Vasily, whose delusions as well as moments of insight punctuate the narrative. Thierry Robin draws him as a pouchy, leering party boy whose exterior falls away, revealing first madness, then vulnerability.

Robin’s approach overall is concise, incisive, and occasionally grotesque, laying out opulent environments with expressive camera angles and then populating these with characters under pressure. The frowns and slouches and frantic gestures of Stalin’s committee make the prevailing sense of terror palpable. And while it’s sometimes difficult to tell characters apart – they’re all wearing the same thing, and usually crowded into the same room – a moment of focus on the faces themselves usually clears everything up.

An opening scene involving an orchestra performance re-staged for Stalin’s pleasure shows Robin’s excellent feel for composition. As figures fall over themselves trying to get the piece ready, telling details – a missing slipper, a tightened grip — come effortlessly to the forefront.

On the other end of the spectrum, a gorgeous double-page spread depicting Stalin’s funeral is sure to underscore the stiffness and theatricality, as well as the epic scale, of the proceedings.

The layouts are intricate and flexible, getting across some zhuzh of their own without abrupting the flow of the narrative. And while a few star-shaped layouts feel a touch on the nose, the overall polish of each page is impressive.

All the while, Thierry Robin and Lorien Aureyre’s colours contrast warm with cool, stony with fiery – with red, of course, playing a pivotal role.

Ending with the execution of Beria plus a hit of dark humor, this first volume certainly feels like a first volume, gesturing toward further complications without providing much closure. Of course, there wasn’t much closure to be found in this moment of history, and “The Death of Stalin” is most interesting when it underscores just how ambiguous a moment it was.

Even in translation the comic retains a combination of fatalism and flair that is unmistakably French, and if there’s a main selling point to this comic, it’s that bleak incisiveness. In the end, the purpose of “The Death of Stalin” isn’t so much educative as revelatory, opening up an event that could easily be portrayed in crayon strokes to so much more nuance. The most insane of regimes are made up of human beings, it maintains – human beings who play the system to their advantage all the more fiercely because the stakes are so high.

A fascinating examination of insanity and treachery – shortly to be a movie, because who wouldn’t want to adapt what is essentially Soviet Veep – this account is stranger than fiction by a Russian mile.