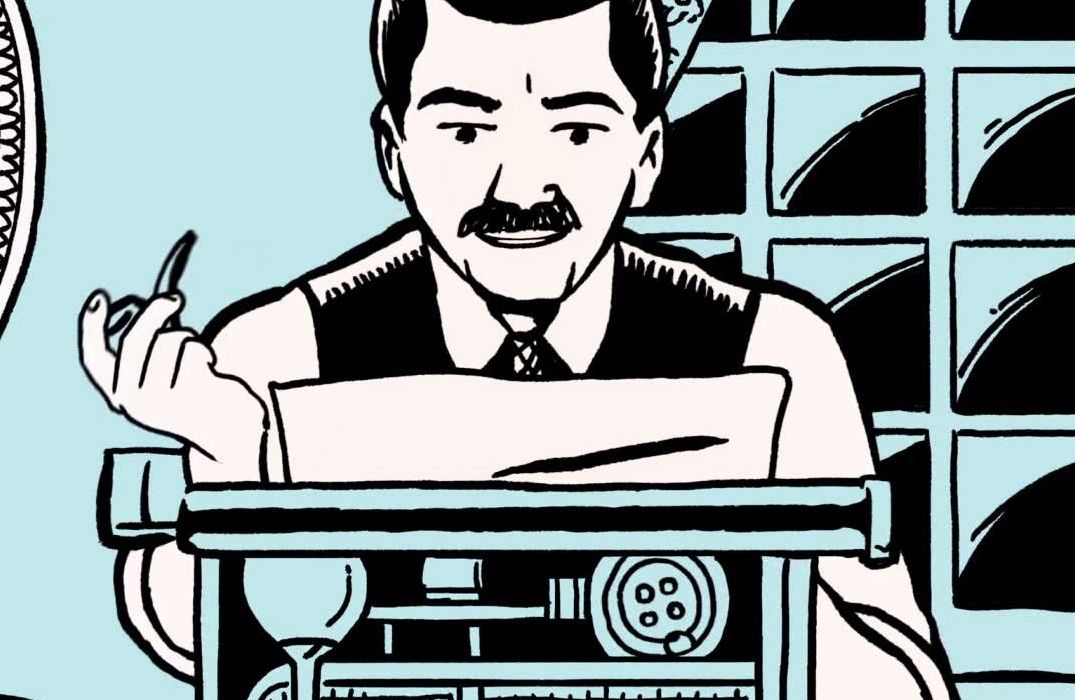 Does the news control us or reflect who we are? It’s a question with wide-ranging implications, and one explored with wit and energy in the non-fiction comic “The Influencing Machine.” 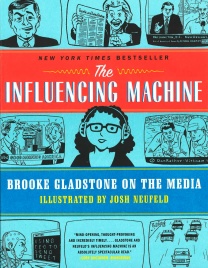 A million listeners trust NPR’s Brooke Gladstone to guide them through the complexities of the modern media. Bursting onto the page in vivid comics by acclaimed artist Josh Neufeld, this brilliant radio personality guides us through two millennia of media history, debunking the notion that “The Media” is an external force beyond our control and equipping us to be savvy consumers and shapers of the news.

I’m constantly surprised that journalists exist. I don’t understand how they can be committed to searching for the truth when so many – and such nasty – obstacles are thrown in their way. And on a broader level, I don’t know how anybody could pursue something so hard to define. When the truth is multi-dimensional, where do you find the conviction to comment at all?

My wishy-washiness as a human being aside, I’m happy to acknowledge that journalists – good ones – are both extraordinary and vital. Of course, thoughtful readers to sift through and act on the information journalists provide are vital too. And it’s this push-pull dynamic that Gladstone focuses on in “The Influencing Machine.”

The title comes from a Freudian case study in which a woman blames her impulses on an imaginary machine – a sort of remote control which dictates her every move. Gladstone suggests that we are as deluded as this woman when we say that the media is controlling us. And while I was skeptical of this metaphor at first, Gladstone makes some intriguing points and provides fuel for debate.

The book starts with a condensed history of American journalism and goes subject-by-subject from there, outlining different kinds of bias, exploring the idea of objectivity, and ending with some thoughts on social media and new technologies. The focus is on mainstream journalism’s relationship to war in particular, and the tone vacillates, skewing from silly to sober but always preserving a brisk pace.

The central visual conceit has Gladstone acting out the historical moments and journalistic concepts she’s describing. These images range from the apt (Gladstone as figures in a Tarot deck) to the disturbing (Gladstone on a torture rack) and sometimes approach bad taste.

Then there’s the depiction of Gladstone herself as a narrative voice. Neufeld draws her with a lot of sass and a sharky stare, reflecting the humor and incisiveness of her writing style. Sometimes Neufeld pushes the “bad taste” element I mentioned in order to give you a bit of a jolt – it’s hard to ignore the image of Gladstone pulling an elastic taut with her teeth and, apparently, mainlining a cellphone.

Somehow it’s all seamless, maintaining an even, didactic look that bridges the gap between fun caricature (on Gladstone herself) and straitlaced reproduction. All through, the layouts are flexible and playful, with lettering that manages the large volume of text per page and guides the eye confidently.

As a side note, that this is a comic and therefore a visual work bolsters its didactic power. It’s one thing to discuss the camera angles used when locals were filmed pulling down Saddam Hussein’s statue; it’s quite another to show these angles, as well as the others that could have been used instead. If, as Gladstone discusses, adding images to a news story makes it more likely to receive attention, it follows that putting this work in comic form increases its impact – this in addition to making the lessons it teaches more clear.

Sometimes, as “The Influencing Machine” jumps from topic to topic, the information is so condensed that it’s difficult to absorb, asking for rereading in order to be understood. But some tidbits resound – like why you should never trust the number 50,000, and be skeptical of exclusive reports. Maybe it’s because these lessons skew further from history and approach a guide to consuming media – comics you can use.

To this point: “The Influencing Machine” came out mid-Obama administration, and it’s hard not to wish for an updated version now that we’re hearing phrases like “fake news” and “alternative facts”. Gladstone’s insights on internet echo chambers also feel like they could use further exploration – and in macro terms, the relationship between social media, politics, and activism is so complex now that I don’t think anybody would be angry at a sequel.

In the end, I can’t agree with Gladstone’s assertion that we get the media we deserve. Maybe I imprinted too hard on Foucault, but I think so long as what is true is defined by whomever has the power (deservedly or not), journalists and informed citizens will at best be fighting an uphill battle. On the other hand, Gladstone’s thesis is a hopeful one, gesturing toward the work to be done by every person exposed to the media, and that makes it especially valuable.

“The Influencing Machine” as a whole is a quick, lively read that deserves another round of appreciation and some new readers. Cogent, good-looking non-fiction comics are a rarity – you often get one without the other – and this one holds particular relevance today.