This week, Zach and Vince check in with “Boruto” and “One Piece.” If you have thoughts on these, or any other current Shonen Jump titles, please let us know in the comments! 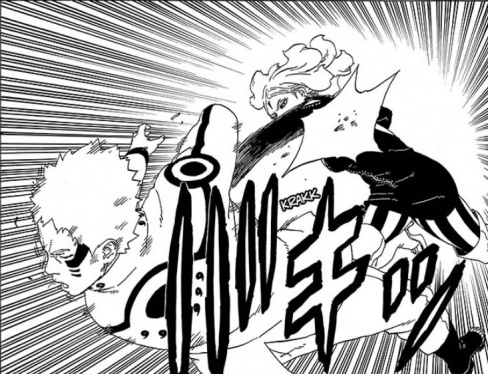 In this very action packed chapter of “Boruto,” Naruto continues his battle against the cybernetically enhanced Delta. It’s hard to say that any arc of “Boruto” has felt quite as defining as something from “Naruto” since the opening film adaptation arc. However, this sequence succeeds in highlighting both the artistic prowess of this team, as well as the core themes of this series thus far; loyalty to family and the role of progressing technology.

It’s a pretty strange combination when you put it down on paper. While “Naruto” focused on the great shonen trope of “power of friendship,” it’s natural that a story about his son would shift the relationship to the idea of familial bonds. Naruto takes center stage in his son’s story to fight a powerful antagonist that threatens both his children and his burgeoning ward. Much in the way that Superman’s compassion and humanity is often presented as his “weakness,” the chink in his Kryptonian armor, as it were. While Delta is considerably outclassed by the Hokage, she plays on Naruto’s paternal instinct to utilize her powerful eye blasts against him. While this ability, capable of preventing cellular regeneration, is overly convenient, it works well in the context of the story. Kawaki steps up in a major way, further cementing his importance in the story and the anxiety surrounding his expected fall.

Regarding technology, Delta plays as a typical “cautionary tale” regarding the dangers of cybernetic enhancement and the loss of humanity. This is shaping up to be the “Android Saga” of the Naruto universe, as the series continues to shift from its fantasy roots into science fiction territory. While the series has dabbled in sci-fi before, this feels like new ground for the series.

Boruto himself takes the back seat in this issue. Serving only to confound Naruto’s efforts. Nevertheless, this chapter features some of the best fight sequences of the series to date. Ikemoto has worked very hard to differentiate his style from that of Kishimoto while still remaining true to the spirit of “Naruto.” Likewise, this chapter features strong character beats for Naruto and Kawaki, making for a genuinely enjoyable chapter overall.

Final Verdict: 8.0 – A well crafted fight sequence and moving character moments make for a strong showing in this chapter of “Boruto.” 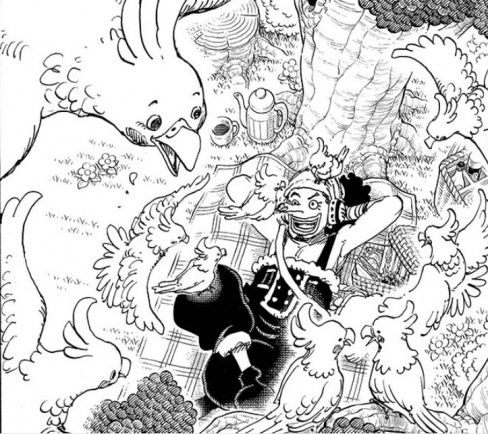 If you ask me, the world-building in “One Piece” is by far its most impressive trait. If you’re able to make it to 934 chapters, you’ve probably been doing a lot of things right along the way, but I truly believe it is Eiichiro Oda’s attention to adding detail after detail to this massive world that keeps this story alive after all these years. “Hyogoro the Flower” is a shining example of how Oda does all the little things well. There are certainly a lot of chess pieces moving around in this chapter, as the Big Mom pirates are adrift at sea without their leader, Big Mom herself. Likewise, Big Mom is traveling with a partial crew of Straw Hat pirates, while our hero Luffy remains in Wano Country’s prisoner mines.

The little bit with the Big Mom crew isn’t a very remarkable segment, though probably necessary for keeping track of what they’re up to while Big Mom is elsewhere. But the rest of the chapter is a delight, highlighting many of the reasons why “One Piece” remains timeless. Seeing the makeshift crew of the Straw Hat gang riding with Big Mom on the back of a giant crocodile creature is a wondrous visual, and if you look carefully, you begin to notice how these characters have changed over the years. There have been some neat aesthetic details in the Wano Country arc thus far, down to the way characters are dressing or wearing their hair in this new world. Oda also introduces a visually-pleasing (for fictional topography nerds) map of Wano Country into this segment, giving us a better idea of where all the characters are in relation to one another, and some insight into locales that have only been hinted at until now.

And in the prison mines, we learn more about “Hyo” – an elderly character who has been caught using more meal tickets than the prison guards think he could have possibly earned. Hyo is in fact “Hyogoro”, a famous Yakuza boss from Wano Country’s past. The time spent on his story is brief, but the necessary depth of his character is revealed in perfect measure. From his point of view, he comes from a more respectable time, where people were more dignified and honorable. Obviously there is a bias apparent in his point of view, but we do get a sense in very short order that though he was a crime boss, he believes in this code of honor deeply. When Luffy helps him, he seems to be reinvigorated as a person, and is willing to face death afterward. Through this, Oda creates a very keen sketch of a character in what amounts to a very small handful of pages, really.

Because of its interest in highlighting this old Yakuza grandpa, this particular chapter of “One Piece” feels like it’s taking on an old-school style of manga storytelling. Not only does his story itself harken back to a bygone era, but the storytelling feels like a bit of a fable. The plot definitely moves forward, but there are mini-diversions and backstories throughout this Wano Country arc. The series feels as rich with inspiration and life as ever.

Final Verdict: 8.5 – “One Piece” continues to be a beautiful-looking tapestry of miniature, interweaving stories and colorful details that blend together to make a living, breathing world that is greater than any one single chapter could be. 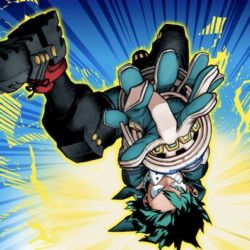 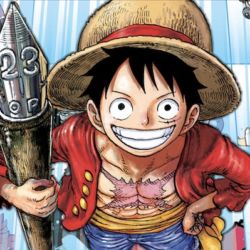 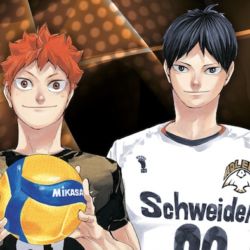