This week, Rowan and Vanessa check in with “Tokyo Shinobi Squad” and “Yui Kamio Lets Loose.” If you have thoughts on these or any other current Shonen Jump titles, please let us know in the comments! 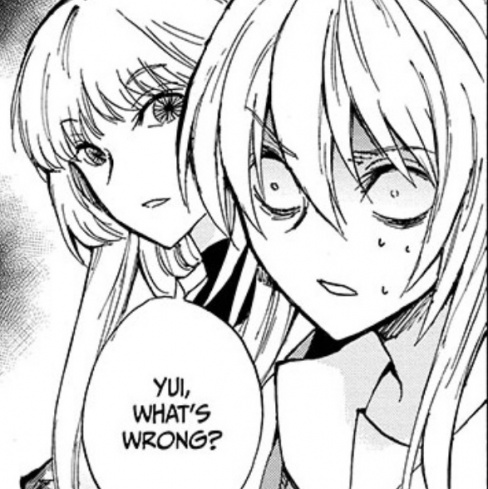 “Yui Kamio Lets Loose” is not a lengthy manga. However, being only about 19 pages per issue doesn’t take anything away from the story, nor does it feel as if the story is being rushed. Hiroshi Shiibashi is able to deliver just the right amount of story per chapter to keep the reader hooked, and continue the script seamlessly in the next one.

“Yui Kamio Lets Loose” Chapter 17 gives off some serious Anabelle vibes…in a good way. “Yui Kamio Lets Loose” Chapter 17 moves the current arc along by revealing more about Honoka’s powers. Honoka is an intriguing and well written villain with the ability to cause hallucinations using Japanese dolls of all things. Not to mention, Honoka is just as creepy as the Japanese dolls. She stays in character and acts as if she is oblivious, all the while simultaneously being sinister.

“Yui Kamio Lets Loose” Chapter 17 showcases some of the best artwork I’ve ever seen in a manga. In an issue that does not include any action or fight scenes, Shiibashi’s artwork is impressive. It assists the script impeccably, and honestly can tell the story on its own.

Shiibashi’s level of detail is nothing less than astonishing. He successfully illustrates the contradiction of something so beautiful being the epitome of evil. With an endless sea of dolls around every corner, Shiibashi’s illustrations run the gamut of creepy; including every type of disfiguration imaginable. From burned dolls, dolls with empty eye sockets, and even dolls with bleeding eyes, Shiibashi delivers on the disturbing, and makes the reader feel just as haunted as Yui as she journeys through a maze of complete terror. This manga was not on my radar, and now, I can’t wait for the next chapter. This is a definite “must read”, especially because of the incredible art.

Final Verdict: 8.0 – Now that Honoka has been outed as the antagonist, I can’t wait to see what developments and revelations are in store, but most of all, I look forward to more of Hiroshi Shiibashi’s demented visuals. 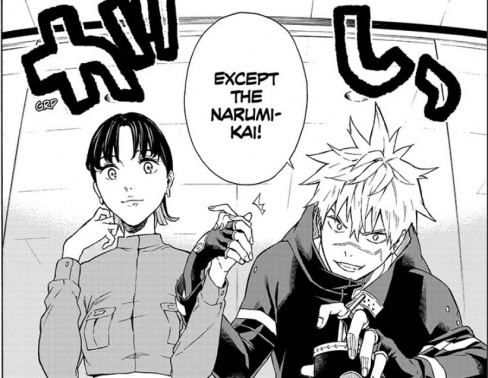 As soon as you open this book you’ll find that it falls into one of the more uncomfortable tropes of manga – oversexualized women next to perverted children/man-children that can’t handle them. Admittedly, “Tokyo Shinobi Squad” doesn’t dwell on this too much before getting on with the plot, but this might be one to avoid if you’re particularly averse to that sort of thing. Tanaka introduces some solid ideas in this chapter, such as En’s memory recall ability. Intrigue is added on top of that as Papillon says that because of this, En is going to “become even more special”. It’s suggesting that there’s an end goal of further brilliance that he can reach which gives readers a natural point to look forward too.

Character work is solid in this chapter, with some veritable threats being introduced in the latter half. Jin and Papillon’s chemistry together is palpable, bantering back and forth during the job proposal scene about the good old days, and Jin making a crack that the client is Papillon’s sugar daddy. Their positive energy when accepting the job is infectiously good-natured too, with Jin building up the client to be rejected before pausing and slamming down his soda, saying that they’ll take it. The antagonists are introduced with the same amount of style and panache. Hyosui and his bodyguard are both unique and twisted characters and are immediately memorable. Hyosui cracks some cheesy, Iceman-level puns but does so in a single page that’s paced terrifyingly so he comes off more psychotically cool than pathetic.

Kento Matsuura is as always a mostly solid, inoffensive artist for this book, but comes up with some great character designs and panel pacing. However, so as not to ignore the elephant in the room, Matsuura draws terribly generic attractive women with stereotypically manga-like proportions, case in point, Papillon’s shower scene opening the book. The book is generally a little lacking in setting, showing a lot more focus on the character interactions. There are some solid moments, like when we see the visualization of En’s memory recall ability being a crowded, Tokyo-esque backstreet. However, rooms and buildings are only ever populated at the start of a scene to place you, and even then it’s something like a pot plant or a wall painting.

As I said, the design work is what Matsuura really gets points for. I love that the characters, aside from Jin, get different outfits and looks. It’s very in-character for Papillon, who goes from a casual nightgown to a simple army-style mid-riff top and even getting a flashback to a fierce runway look from her modeling heyday. The antagonists really get to shine in the design department, however. This is very modern Tokyo street style at work here, with Matsuura incorporating a face mask into Hyosui’s henchman and modifying it to look almost like a muzzle, finishing off the look with a simple tight shirt, jeans, and dog tag necklace combo. Hyosui himself is stunning, with highlighted lashes, a long black tee with a simple design to clearly show his superhuman ability, and a casual pauldron-studded jacket draped over his shoulders. The whole book screams high J-Pop fashion, and I love it for this.

“Tokyo Shinobi Squad” is a solid book, but generally falls into some pretty boring tropes that detract from the experience. However, there’s great character work and even better character design that makes it feel like a unique experience and some fun story hooks that will bring readers back for more.

Final Score: 6.9 – A good Shonen title that is hampered by the usual trappings of the genre whilst repping some serious style.