This week, Brandon and Kerry check in with “The Promised Neverland” and “Yui Kamino Lets Loose.” If you have thoughts on these or any other current Shonen Jump titles, please let us know in the comments! 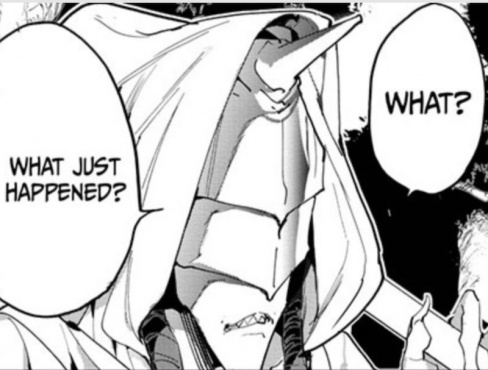 Sometimes, even titans falter. “The Promised Neverland,” for me, has been a remarkably consistent series that- with a few exceptions- has only gotten better as time went on, but this week’s chapter was a considerable step back for the series.

The last few installments made big promises of big things to come for Emma and the gang as Shirai and Demizu slowly weaved several plot threads and characters arcs together; one such plot thread was Don and Gilda’s search for Mujika and Sonju – the “Evil Blooded,”- which reaches its ultimately clunky and awkward conclusion here. Fourteen of the chapter’s nineteen pages are dedicated to the standoff between the “evil blooded” demons and Jin’s group of assassins- with Don and Gilda are caught in the middle- and at no point does the battle feel exciting or emotionally resonant.

Unfortunately, this is largely due to Demizu’s art and paneling. The fight sequences in this chapter are, at best, bland and, at worst, disorienting. Where, in previous chapters, Demizu used character-focused close-ups and breathtaking splash pages, Demizu instead opts for distant points-of-view with sketchy character outlines and unfocused actions. This artistic choice is compounded by periodic flashbacks that distract readers from the conflict at hand. In a weird meta-experience for me, Mujika and Sonju themselves each ask “what just happened” at the same time I asked myself the same thing. Blurry, almost indecipherable scenes plague what could have been a really powerful climax for this story thread.

Luckily, Shirai’s character work is consistent enough that I couldn’t help but stay invested in these kids. Even in the worst of the confusing fight sequence, these characters’ personalities shown through and kept me emotionally grounded. On the other hand, Shirai has yet to do anything of note with the new character, Ayse, and the pacing in the last five pages of the chapter almost gave me whiplash. Emma’s sudden return to the base after her meeting with the Demon God was confusing, and her conversation with Norman was stilted and jarring. The subsequent switches between Norman and Emma’s call to action and the resolution of the Evil Blooded’s battle is a trick he’s used before with varying degrees of success, but the confusing energy created in the rest of the chapter cheapens that technique and makes the entire sequence feel like a series of unnecessary redirects. .

The primary saving grace of this chapter was its ability to move the plot: things have changed by the end of it, and the characters’ motives have shifted in new directions. The future of “The Promised Neverland” is still bright, but this week has shown that it still has some growing pains to experience before it fully matures into the epic it promises itself to be.

Final Verdict: 4.5 – This chapter moves the plot along but at the expense of good storytelling and interesting art. 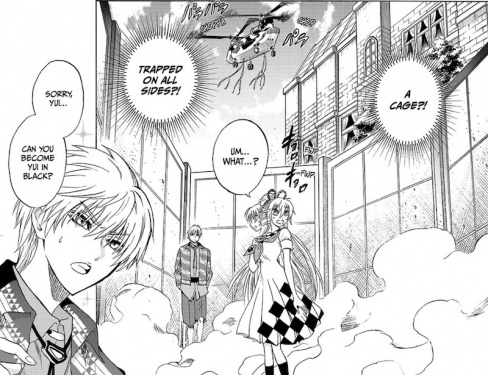 It’s a scenario perhaps as old as love itself — you like a boy, you daydream about him in class while doodling little hearts in your notebook, replaying and overanalyzing the last thing he said to you. He’s so strong, you think! So handsome and capable of taking care of me. But oh, does he feel the same way? You aren’t sure, but then, eureka! A note is passed and you’re meeting him in private, thinking this is surely the moment he tells you he wants to be your boyfriend, but before the confession is made he brings up your best friend. It dawns on you a split second before he asks if you can pass along a message to your friend that he like-likes her, not you.

That’s basically what happens to Yui in this chapter, except her rival in love is, regrettably, herself. Kiito asks to see her and then asks to talk to Yui in Black, which, in fairness to him, it’s not like he’s able to do so without involving Yui in White. It’s still a mixed message to her for sure; moments before she had been in class, ruminating over Kiito’s manliness before a note from him delivered by arrow (is it Cupid’s arrow?!?) brought her out of her stupor.

But what Yui doesn’t see before she reaches the school courtyard is Kiito doing what all lovestruck, awkward teenage boys do: trying to look cool for the girl they like. Here’s Kiito, posing Captain Morgan-like on a bench, staring serenely off into the distance. Here’s Kiito, furiously doing pushups on the same bench, probably working out some nervous energy, but mostly trying to make his muscles look bigger to impress the cute girl.

Not doing him any favors, however, is his outfit, which is that weird mixture of Japanese slouchy layered fashion and… a bolo tie? Please direct yourself to page 10 for a full view of this fashion monstrosity.

Kiito takes a lot of precautions to ensure that Yui in Black doesn’t destroy the world or murder him once she appears. This leads to a risqué set of panels where Yui in White, having been restrained by a drone with arms, is strung up rather suggestively and at Kiito’s mercy. Hiroshi Shiibashi plays with the implication of this, drawing both characters blushing and with hearts pounding as Kiito nervously and gently moves in to take Yui’s hair tie off. Like the gentleman he is, he asks her repeatedly if she’s okay with this, and she yells at him for not just going for it. Shiibashi makes a slightly off-color joke about how strict attention is being paid towards consent before “the act” which… is this a teachable moment for teens looking to be sexually active? It’s hard to tell, but it kind of fits in with the whole high school romance vibe the manga is currently giving off, so I’ll allow it.

Kiito’s main reason for wanting to talk to Yui in Black isn’t to confess his love to her, however, but to ask her to clarify her statements about mushi and try to convince her that he’s able to protect Yui in White, which she quickly and cavalierly dismisses. Her smug warning that even more powerful mushi will soon be coming after her leads into the introduction of a new character, a violin-wielding girl who appears the have the power to purify souls, and wants to do so with Yui. Shiiboshi draws a sequence of this girl doing exactly that to a dying hospital patient. While beautiful to look at, it drags on a bit too long. It features words quoted from writer Kyusaku Yumeno’s fictionalized story, Hell in Bottles, the impact of which might be more meaningful to Japanese audiences who are more familiar with it.

Final Verdict: 7.0 — Still a fun and enjoyable read, but either Kiito is going to have to manifest some skills soon that aren’t based around his looks and wealth, or Shiibashi needs to flip the damsel in distress trope on its head and make Yui the courageous knight in shining armor instead. 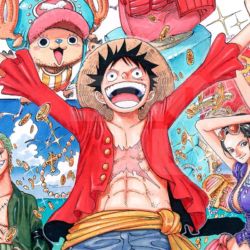 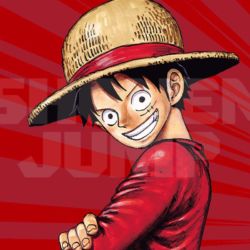 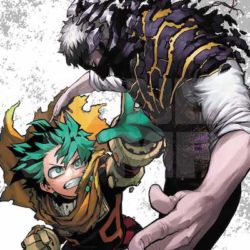