This week, Rowan and Brian check in with “Black Clover” and “Mitama Security: Spirit Busters.” If you have thoughts on these or any other current Shonen Jump titles, please let us know in the comments! 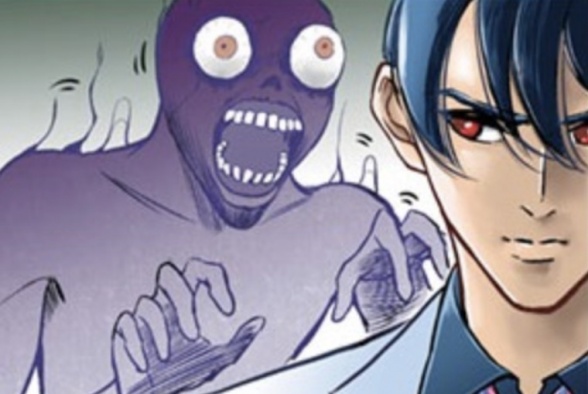 Judging from the title alone, it would be easy to dismiss “Mitama Security: Spirit Busters” as a Ghostbusters knock-off, but the series gets off to a thoroughly unique and fun start here. The series follows Rena, who seems like a normal teenage girl on her way to school. Quickly you find out that she actually has a line up of dozens of spirits walking behind her at all times. She’s aware of this, but it doesn’t really bother her. This is a novel approach that builds in some interesting possibilities for the future, and gives the title a ready-made comedic streak.

Rena is then approached by Joh Mitama, who specializes in “secuREIty” (his spelling), who makes it his project to protect Rena. It is at this point that some of the spirits start to get more involved with Rena’s activities than they had earlier, which leads Mitama into action. His personality shifts quite a bit, too, from bumbling shy guy to overconfident exorcist. This change is unlocked by him crying, which Rena seems to completely understand unlocks his abilities (?).

Hatomune does a stellar job contrasting suburban life with a cast of specters at every turn, without muddying either component with the other. When the spirits begin to appear demonic, the setting remains milquetoast, and when Rena and her friend are trying to have a normal conversation, the spirits don’t suddenly blend into the surroundings. The range of Mitama’s moods is conveyed very clearly, too, as it is clearly the same character, but presented in very different ways.

Final Verdict: 7.0 – A solid start to a new series that seems like it has a wide range of possibilities at its disposal. 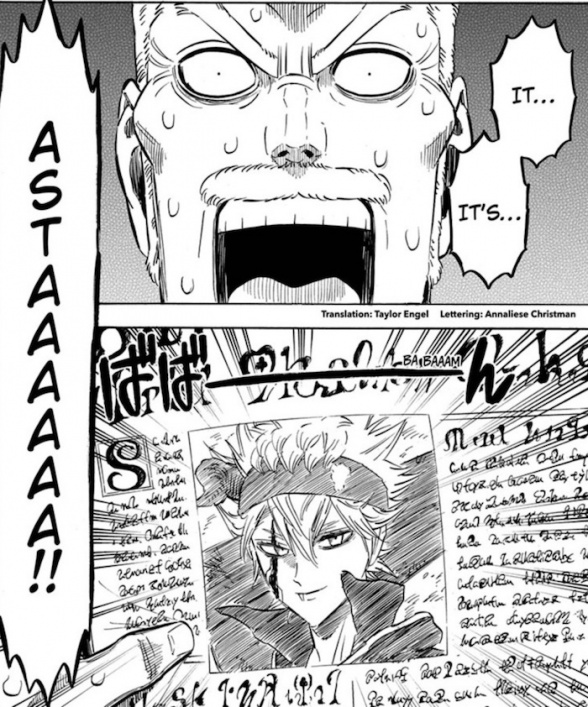 In the latest chapter, “Black Clover” continues to be the super fun and hyperactive sibling of the Shonen Jump lineup, whilst still being thoughtful and emotional. The main gist of this arc is that Asta is on trial for his demonic powers, and is being condemned by the widely feared nobleman, Damnatio. We get a lot of good buildup for this reputation in the hearsay muttered by Asta’s friends who find his picture in the newspaper, which establishes Damnatio as a genuine threat. Tabata also makes a good case as to why Asta’s generally heroic powerset might be considered a threat and antagonistic to the world at large. The public gathered within the hearing all talk of no one with this kind of iconography could be a good person, and though it does fill a bit dated and ham-fisted at times, the hate is focused to a point by Damnatio’s cold, analytical dialogue.

But thanks to the nature of this comic, things can’t be grim forever. Tabata pays off every little interaction between Asta and everyone else in the Black Bulls as the come to his rescue in the latter half of this chapter. We get some great little half panels which are interview-like, with each Bulls member making a statement as to why they love their pal, Asta. It drags on a little bit (the fault of the at-times unwieldy cast) but manages to be super charming as we see Asta on the verge of tearing up at the end of it all. The scene is especially fun as when Damnatio tries to reason why the Bulls would come to save the day, the Bulls just disregard what will happen to their reputation, charging in with a rallying shout to rescue their friend. It’s simple, but it’s Shonen storytelling at it’s emotional best.

Tabata’s art direction is super fun as always, with most of this issue actually being a little quieter in terms of action. The opening scene that builds up Damnatio as a threat is surprisingly charming, as each character remarks on seeing Asta in the newspaper. Some react with horrifying shock, others with eye-widening laughter, and the best being Sally’s science-forward mind lighting up her face as she thinks about the potential of dissecting Asta. There are also some great reaction shots during the hearing scene, especially when contrasting the crowd to Damnatio. Tabata gives the crowd an almost Monty Python level of ridiculousness as they discuss Asta’s demonic nature, while all of this is offset by Damnatio’s detached ruthlessness.

Tabata also does some great work with character shots and the small amount of action we get this chapter. The growing tension within Asta as he is put down by Damnatio and the public is palpable, as Tabata draws him growing more and more agitated to the point of visually shaking and sweating. This wave of emotions is terrifically broken on the next page, however, as the Bulls arrive at Asta’s aid. The page with off-center shots of each of the Black Bulls is hit-and-miss, as sometimes you’ll get the iconography of characters like Gordon and his hat, or you’ll get the opposite with Luck’s… hand, or you’ll get the questionably iconic shot of Vanessa’s bust (anime was a MISTAKE). However, it’s hard to deny how much fun the ensuing full-cast shot is, especially as Tabata sets an awe-struck Asta opposite to it.

“Black Clover” continues to look into the nature of its iconography in this arc, with some great character moments and a surging swell of emotions. This might not be the tightest series in the Shonen lineup, but it manages to contrast that with tons of payoff for long term investment.