This week, Ken and Robbie check in with “Our Blood Oath” and “My Hero Academia: Vigilantes.” If you have thoughts on these or any other current Shonen Jump titles, please let us know in the comments! 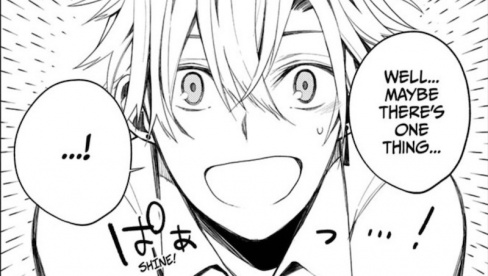 So, get this: I think I am liking “Our Blood Oath” and it’s probably going to be one of the new series I follow for the long term. However, if you were to ask me why my answer would be: “I… am not sure?” Maybe it’s because the circular nature of pop culture that has allowed vampire stories to be on the backburner so long that I’m now okay reading them again (and, to be frank, it’s a paranormal series in Weekly Shonen Jump that isn’t a spirit or demon slayer series). Maybe it’s because while it hasn’t so far done anything groundbreaking, it’s doing everything very solidly?

This chapter was part world building and part set-up for what appears to be the next antagonists as Ko, Shin and Izuki serve as delivery people bringing bloodbags to the local vampires in the neighborhood. We meet all sorts of vampires just trying to get by. It honestly reminded me a bit of “Tokyo Ghoul” and Antiku’s service as a flesh deliverer for ghouls and also because the violence in this series is nowhere near the same level. And further along that “PG “Tokyo Ghoul”” track, the story does hammer home the notion of vampires being outsiders and societal cast-offs. Hell, Izuki himself straight up says that maybe vampires have it worse than humans so it’s not exactly deft in its storytelling.

From an artistic standpoint, Kakazu’s art is good but it hasn’t hit the heights of great. They create a decent sense of narrative pacing and provides just enough time with the variety of vampires we meet without it ever feeling bogged down. There is a bit of a snag when it comes to character design in that Kyoka and a new character introduced at the end, Kaine, look almost alike and it made a transition very confusing because I didn’t realize it wasn’t the same character.

In writing this review I may have hit the head on why I may be liking “Our Blood Oath.” In many ways, it does remind me of a more kid-friendly version of “Tokyo Ghoul” splashed in with family hijinx. While I don’t think the artwork anywhere hits that level, it is still early days. It’s doing enough and keeping me invested in the characters enough that I do want to keep going with it, so here’s hoping the only way now is up.

Final Verdict: 6.0- While a bit familiar at times, “Our Blood Oath” is solid enough to be intriguing to find out more. 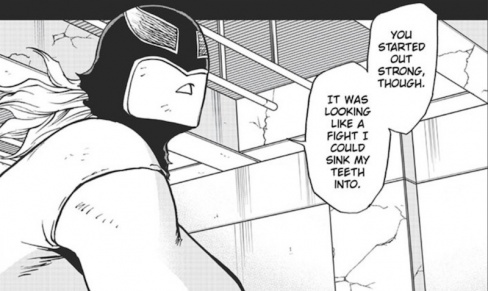 While we don’t have any new chapters of “My Hero Academia” this week, we at least get a new chapter of the “Vigilantes” spinoff. This chapter continues a flashback arc, where we see Knuckleduster back in his days as the Pro Hero O’Clock.

While we’ve seen him as the quirkless, dirty-fighting, heavily armed brawler, this gives us a look at him in his prime. As O’Clock, we can see him fight at full strength, utilize his quirk, and carry out an operation to bust a quirk-boosting drug ring. It gives us a good feel for his personality and style, letting us see what he was like while being able to compare it to his current self.

That comes through nicely during his conversation with Rappa, who readers may also recall from the Shie Hassaikai storyline. Since this is a flashback, we get to see him in his younger days as a fighter in the underground arenas, before he joined the Shie Hassaikai. His personality is still very much alike his current-day self, with a love for fighting hand-to-hand and a sense of brutal sportsmanship. Hideyuki Furuhashi made a wise decision to set this flashback in the Underground Masquerade, as it works story-wise while allowing the story to include minor characters from the main series.

Of course, that’s only half of the important part. The chapter also gives us an introduction to the girl who will one day be the Pro Hero Mirko. Fans of “My Hero Academia” will recall her absolutely hot-blooded fight in recent chapters, where she gleefully flung herself into the fray without mercy or hesitation.

Well, now we get to meet her as a student, and she’s just as hot-blooded and fight crazy. It’s made all the better by her entrance, where she wears a Tiger Mask-style mask and declares herself “Tiger Bunny,” a disguise that everyone quickly sees through. Why? Because she was known for crashing fight clubs even before then (with an artistic cameo of Ken and Ryu from “Street Fighter” for good measure).

That makes for a great scene, backed up with a surprising amount of common sense from the crowd and announcer. It’s made even more entertaining when the actual fighters call her out on the interruption to explain the etiquette of underground, illegal fight clubs.

Look, it’s just plain entertaining, and I love seeing Mirko as a hot-blooded student. (For anyone concerned about sexualization, don’t worry; artist Betten Court made it very clear that she’s wearing shorts, so there will be no pointless and objectifying panty shots.)

Betten Court has a somewhat distinct art style. There’s an attempt to capture the original designs of existing “My Hero Academia” characters, but Betten’s character designs are typically very light on the facial details. Overall there’s less shading in each design, although there are some standout moments that make good use of lighting and angles to really up the art.

The style works on its own, absolutely, it’s just clearly distinct from Horikoshi’s. And that’s fine, because even if “Vigilantes” is set in the “My Hero Academia” universe, it can absolutely be its own thing.

Still, it’s fun to see characters from the series proper make their own cameos in “My Hero Academia: Vigilantes.” This flashback story makes good use of them while giving us a closer look at one of the major characters. Overall, it’s an entertaining chapter, and isn’t that what we need?

Final Verdict: 8.0 – A good, fun chapter with an amusing look back at a popular Pro Hero. 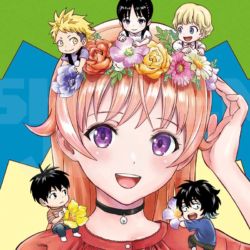 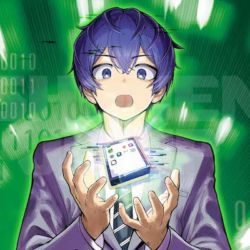 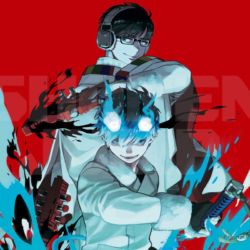