January is an annoying time in popular culture. The New Year has begun, everyone is still working through the post Christmas holiday cheer/hangover, and there really aren’t a whole lot of big conventions and opportunities for big announcements. The truth is that the people who make decisions in the entertainment industry tend to think that people don’t have any money in January, and tend to use the month as something of a dumping ground.

The thing is, that’s not really fair to the month of January. A new year means new potential with new opportunities and contrary to popular belief, there was some good stuff out in January. Let’s take a look.

2020 is shaping up to be a very busy year for Greg Pak and he kicked off the year with not one, but three new books in January.
First up is the “Firefly: Outlaw Ma Reynolds” series from BOOM! Studios. Pak has been working diligently on the “Firefly” comic books and anyone who is a fan of the show but hasn’t picked up the series will be pleased to know that Pak has been giving everyone’s favorite Browncoat the respect and great writing the character deserves. “Firefly: Ma Reynolds” delivers a new adventure in Joss Whedon’s space western universe where readers will be introduced to the woman who gave birth to our beloved captain/criminal and the story promises plenty of action and family drama. 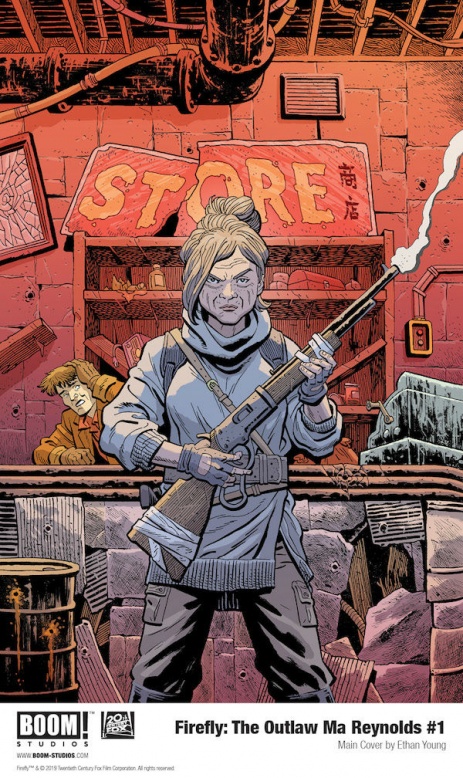 Second up, there’s “Stranger Things: Zombie Boys” which is an original graphic novel set in the Stranger Things universe and published by Dark Horse. I didn’t read it, but the previews look nice and it’s worth a mention, especially if you’re a fan of the show. 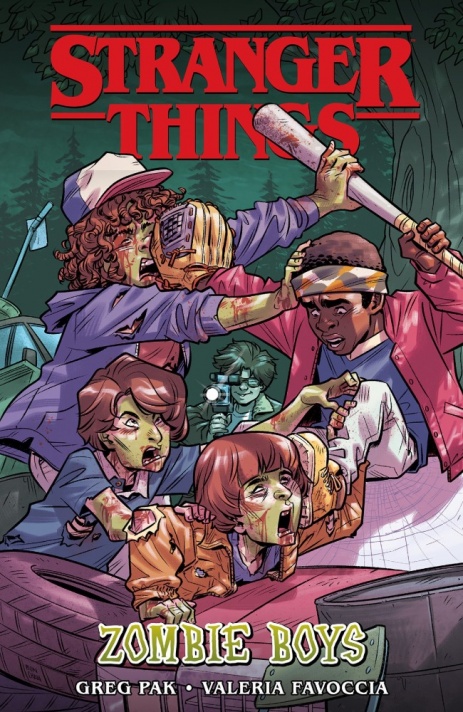 And finally, there’s “Atlantis Attacks” from Marvel. Pak has been doing a solid job developing a wide range of characters and settings for the Asian heroes and countries in the Marvel Universe, and “Atlantis Attacks” brings it all to a head with the arrival of a very pissed off Namor the Submariner. The first issue was very well written and it’s nice to see that Namor is coming back into the spotlight and being just as angry and pissed off as his original appearance way back in the 1930’s. 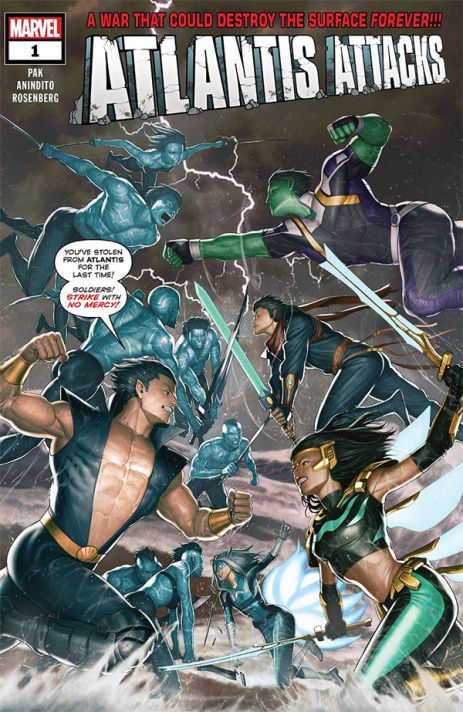 Speaking of looking back to the past…

The Janus Award for Best Return to the Spotlight: Quantum and Woody 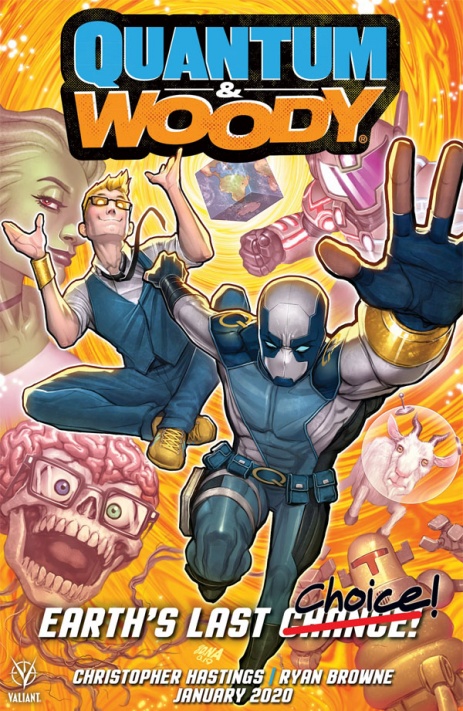 Janus was a Roman god with two heads who stood watching the past and the future unfold at the same time and is the god for whom the month of January is named. So what better way to celebrate the month of past reflections and future hopes than by talking about a comic that celebrates the future by reviving some old familiar heroes.
Quantum and Woody are two stalwarts of the Valiant publishing line up that have been with the company since the late 90’s back when it was called Acclaim comics. When Valiant relaunched in 2013, the pair were right there in Valiant’s catalogue, as crass and hilarious as ever until Valiant changed their publishing strategy and decided to focus on shorter story runs and a staggered release schedule.
January say Quantum and Woody come back just as crass and dysfunctional as ever, desperately trying to maintain their image and sanity as they try to make it as big name superheroes. Long story short, they wind up becoming the saviors of American Democracy, which is a title so far above their skill level that I’m almost terrified to see what happens next. 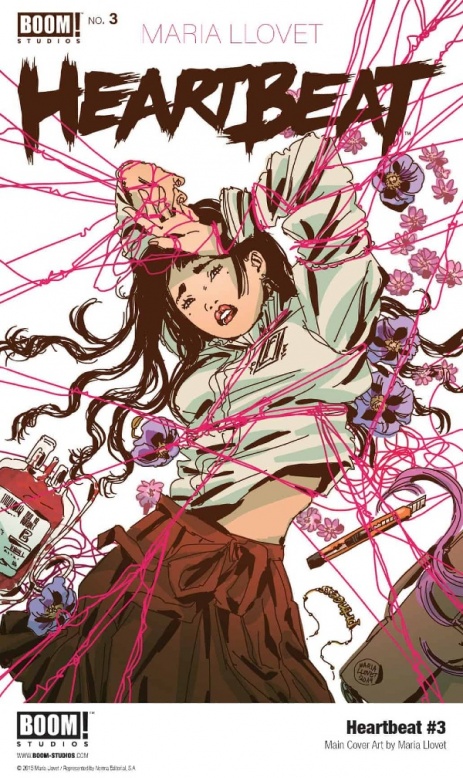 “Heartbeat” is a five issue miniseries from BOOM! Studios that released the third issue in January.
“Heartbeat” is a nasty comic book filled with copious amounts of blood, violence, toxic relationships, and some really uncomfortable imagery. There’s copious amounts of blood and very graphic sex, so if that’s not your thing than this comic isn’t really for you. With that being said, despite the disturbing imagery, it is one of the prettiest comics I’ve seen. The book looks like a cross between a Japanese rice paper painting and a high end Franco-Belgian comic and I found myself getting lost in the world and the fine little details that Llovet lavished on each page. 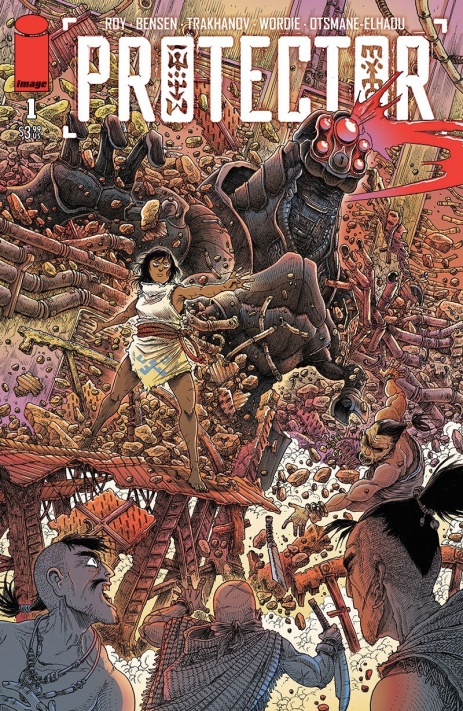 This is a new series courtesy of Image Comics and is written by Simon Roy and Daniel Bensen, along with artwork by Artyom Trakhanov. I liked the artwork, the story was good, but what really drew me in was the last three pages of the comic that provided maps and a description of the people and factions that make up this world. It’s a harsh, brutal, and not entirely un realistic look at what America might look like in the distant future filled with low tech warrior cultures scraping by and fighting each other while living next to incredible futuristic technology and devices that feel like ancient magic.

There’s a real sense of history to this world and it’s very clear that the creative team has put a lot of thought and effort into the book and I can’t wait to see where it goes next.