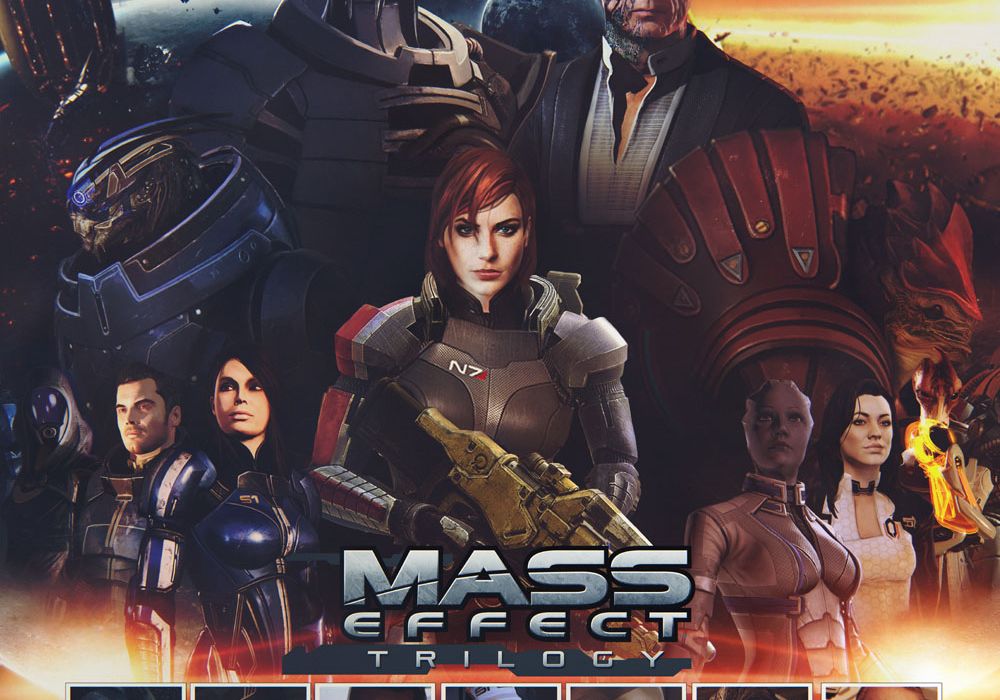 With yesterday’s announcement of the new Mass Effect: Legendary Edition debuting on May 14, 2021, please enjoy this look back at the (additional) comic possibilities from the franchise from 2018.

Happy N7 Day, and welcome to a special edition of We Want Comics – the column speculating about all our favorite intellectual property licenses – on BioWare‘s beloved sci-fi role-playing video game series, Mass Effect. Since the cancellation of Mass Effect: Andromeda’s DLC, there’s been a lot of uncertainty over the franchise’s future, with the third of three planned tie-in novels, Mass Effect: Andromeda – Annihilation, only finally making its way into stores this week after 18 months of delays and revisions. 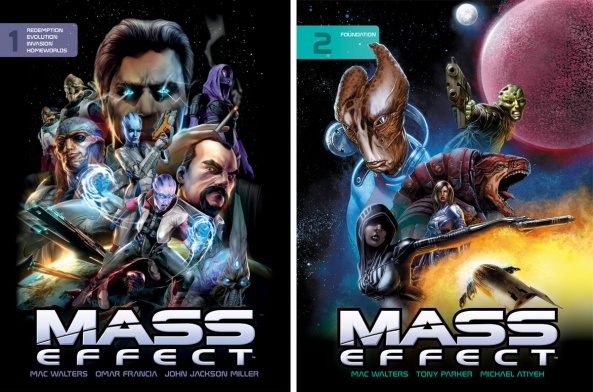 Small wonder Dark Horse Comics haven’t announced another series after last year’s Andromeda prequel “Discovery,” which followed the adventures of turian militia chief Tiran Kandros. But there is so much else to explore in the Mass Effect universe (Milky Way and Andromeda), even with its cloudy future, which is all the more reason to open the gates to more creators, to play in its vast sandbox. (Beware minor possible spoilers ahead.)

Before we begin, let’s list all the novels and comic series thus far, to provide a sense of what ground has been covered (and could be again if Dark Horse were so inclined):

Two things stand out about the previous books. First, aside from Cora and the Nexus leadership, none of Andromeda’s supporting cast have received their own stories. Secondly, all of these are set around the games’ timeframe, at the most only taking a place a few decades beforehand. 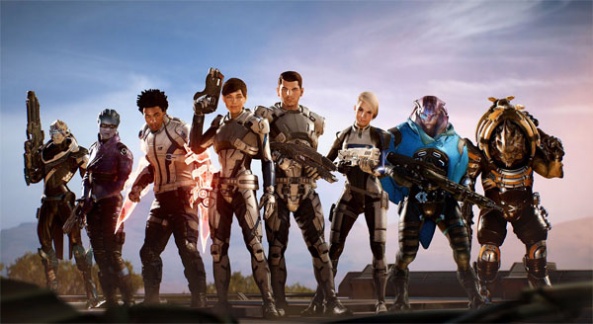 The next logical step would be to give Andromeda’s characters another chance. Pathfinder Ryder’s crew in the game included: 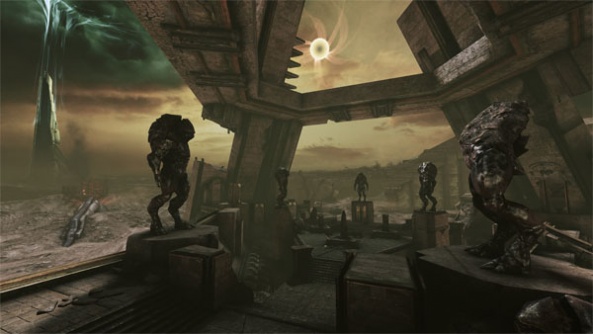 The ruins of Tuchanka in Mass Effect 3

The series should also start diving back into the distant past. The krogans have a grisly and destructive history, which can be divided into roughly three eras: 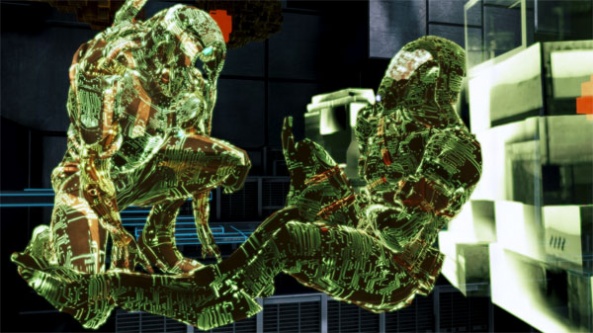 The next big piece of Mass Effect backstory that deserves to be explored in full is the Morning War, when the quarians created the AI geth, and the subsequent war that got them exiled from their homeworld after they panicked and attempted to destroy their creations. We got a very impressionistic VR-style depiction of the war in Mass Effect 3, but a comic can easily go beyond, examining the conflict from all its perspectives (anti-geth, pro-geth etc.) in more depth. More excitingly, it can also depict quarians as they were, before life in exile on the Migrant Fleet weakened their immune systems to the point they always had to wear their distinctive masked suits.

These events pale in significance next to the Protheans‘ extinction at the hands of the Reapers 50,000 years ago. As Commander Shepard discovers in the first game, the Reapers harvest all of the Milky Way’s spacefaring civilizations every 50,000 years, but if you go back any further to introduce a whole new set of alien species, you risk becoming too obscure to draw in readers. With a series about the Prothean cycle, readers could be reintroduced to Javik, the delightfully caustic warrior who was cryogenically frozen at the end of the war, and then had to spend Mass Effect 3 hanging out with aliens that were primitives in his day. 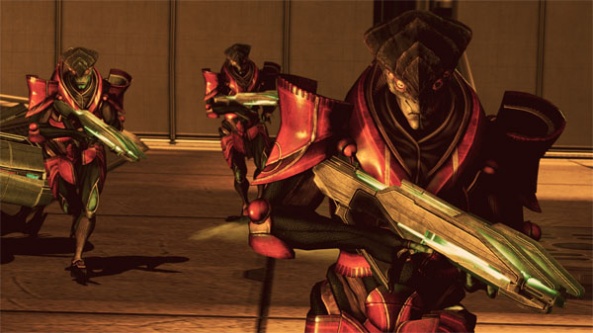 Protheans run into battle in Mass Effect 3: From Ashes

Javik constantly talked about the other species from his time, like the antagonistic oravores, the advanced densorin, the pacifistic synril, and the AI-enhanced zha’til, all characters on a page just waiting to be designed by an excited artist. His people’s ability to pass experiences through touch would be a great framing device for his stories, as well as his ancestors’ lives before it.

Similarly, there’s a lot of mysteries set up in Andromeda about that galaxy’s past, which will be harder to explore given the uncertainty over the next game: even if Mass Effect 5 leaps forward thousands of years into the future, some of these may still be needed to help tell its story. Still, why did the Jardaan descend into civil war? What’s a Jheln? Are the Jardaan actually angara or disembodied beings that created them as their physical forms? Where are they now? 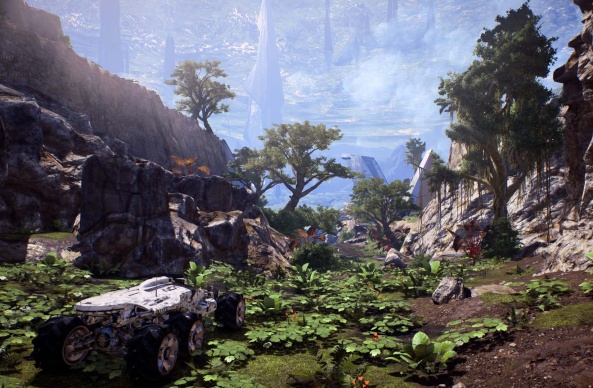 The Nomad on the deserted Jardaan homeworld Meridian. (Art by Eric Wong.)

One big loose end in the game goes back to the Milky Way: the identity of the Andromeda Initiative’s benefactor, who somehow knew the Reapers were returning and funded the arks to covertly save as many inhabitants as possible. They also ordered an assassin to kill Initiative founder Jien Garson when they arrived, so the question is, why? There were some hints in Initiation that the benefactor was trying to get to Alec Ryder’s AI research, and hiring proxies to steal it, but overall this storyline would be very difficult to conclude in a prequel comic.

It would be good then, for Pathfinder Ryder to resolve these mysteries in a sequel comic, although that opens a whole can of worms: the books have always strived to not contradict anyone’s playthrough of the games, by not including playable characters like Shepard and Ryder, or telling stories with characters that take place after they can potentially die. (Otherwise, we might have had comics starring Wrex, Ashley or Kaidan set after the first game, or following Miranda Lawson during Mass Effect 3.)

All of these characters can die in Mass Effect 2. (Art by Benjamin Huen.)

But let’s face it, it’s 2018: Titan Comics are doing a “Life is Strange” series that explicitly follows on from one of the game’s endings, which no one feels is negating the other. Artists and writers shouldn’t have to worry about the gender of someone else’s Shepard or Ryder while they’re taking the reader to new places, and introducing new characters – in fact, creators should be able to celebrate their own playthroughs with projects like, say, an anthology for Valentine’s Day exploring the different romance options.

What kind of creators? Our list shows a lot of the books are written by BioWare employees like Karpyshyn, Walters and Dombrow, and it’d be great if they kept reaching out to award-winning, outside voices and fans like they have done with hiring Jemisin and Valente on the novels. It’s mind-boggling that “comics famous” writers like Greg Rucka or Chris Roberson have penned tie-ins for Dragon Age, Call of Duty, and God of War, but not Mass Effect. It’d be amazing if Kieron Gillen (“Star Wars”) or Bryan Edward Hill (“The Wild Storm: Michael Cray”) got to write Mass Effect comics, having covered the games during their journalism years (here’s Hill’s review of Mass Effect 2, and Gillen’s thoughts on the game).

Similarly, there should be a lot of rising artists now who’ve grown up playing the games, like Kate Niemczyk (“Mockingbird”), whose variant covers for “Discovery” were astonishing – she should be doing interiors too. There’s also Sami Basri, whose anthropomorphic artwork on Image’s “Dissonance” would be perfect for Mass Effect’s many alien characters. Other artists who’d be great on a new Mass Effect series include Alexandre Tefenkgi (“Outpost Zero“) and Alex Shibao (“The Last Space Race“), whose aforementioned series are beautifully drawn sci-fi series, technically competent but not overly complicated looking.

So, over to you now: which characters or events deserve the spotlight, in your opinion? Anything we’ve overlooked? Would you mind a comic contradicting your playthrough of the games? What writers and artists would you like to see play in the Mass Effect Universe? Is there a story that you might prefer as prose? As always, do comment with your thoughts, hopes, and speculation below. 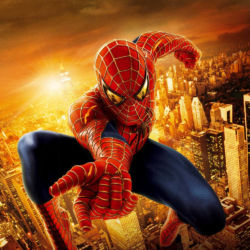 We Want Comics: The DC/Marvel Media We Miss

Back in February, DC Comics announced that they would returning to the worlds of Richard Donner’s Superman, and Tim Burton’s Batman, in digital-first series this summer. We subsequently asked which other superhero film/TV franchises should be revisited in comics, and surprisingly, the winner was the ’50s George Reeves TV show Adventures of Superman. You can […] 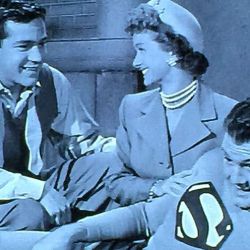 We Want Comics: Adventures of Superman

Last month, we asked our readers which comics TV series deserved its dedicated spin-off, like the upcoming “Batman ’89” and “Superman ’78” series at DC. The winner was Adventures of Superman, a show we are well familiar with at Multiversity, but a surprising winner nonetheless. We promised a We Want Comics on the winner, and […] 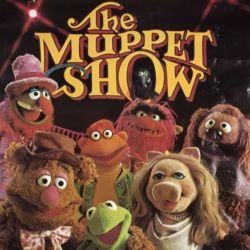 We Want Comics: The Muppet Show

Welcome back to We Want Comics, a column exploring intellectual properties, whether they’re movies, TV shows, novels or video games, that we want adapted into comic books.Three weeks ago, Disney+ dropped all five seasons of The Muppet Show on the streaming service.  Airing from 1976 to 1981, the show breathed something different into the variety […]