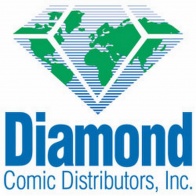 Via The Hollywood Reporter, DC Comics have announced that Diamond Comics will no longer distribute their titles. Lunar Distribution and UCS Comic Distributors, who took over deliveries of DC’s single-issues during Diamond’s coronavirus-induced shutdown in April and May, will continue to oversee the monthly releases, while distribution of collections and original graphic novels will be handled by Penguin Random House.

In an email to retailers, DC said, “We recognize that, to many of you, this may seem like a momentous decision. However, we can assure you that this change in DC’s distribution plans has not been made lightly and follows a long period of thought and consideration. The change of direction is in line with DC’s overall strategic vision intended to improve the health of, and strengthen, the Direct Market as well as grow the number of fans who read comics worldwide.”

Diamond, which otherwise continues to hold a monopoly on the distribution of titles in comic book stores, had an exclusive arrangement with DC from 1995, until the shutdown. Lunar and UCS, which were founded during this year’s interim, are the respective sister companies of the Discount Comic Book Service (DCBS), and the retailer Midtown Comics.