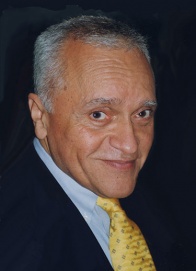 CBR reports artist, letterer and editor Ernie Colón died yesterday at his home, aged 88. He passed away after a year battling cancer. Colón was best known as the co-creator of DC Comics’ Amethyst, Princess of Gemworld, and Marvel Comics’ Damage Control, as well as for illustrating “The 9/11 Report: A Graphic Adaptation,” and “Anne Frank: The Anne Frank House Authorized Graphic Biography.”

Colón was born in Puerto Rico on July 13, 1931, and grew up on the mainland United States. He began his comics career as a letterer for Harvey Comics, while also providing uncredited artwork on titles like “Casper the Friendly Ghost” and “Richie Rich.” He spent the ’70s working at Warren Publishing on horror series like “Vampirella,” “Creepy” and “Eerie,” before working for Marvel on late ’70s licensed comics, such as “Battlestar Galactica” and “John Carter, Warlord of Mars.”

At DC, he created the historical fantasy hero Arak, Son of Thunder, with writer Roy Thomas in 1981, and Amethyst, Princess of Gemworld, with Dan Mishkin and Gary Cohn in 1983. He worked as an editor there from 1982 to 1985, overseeing books like “The Flash,” “Green Lantern,” and “Wonder Woman.” Afterwards he returned to freelancing, working at Marvel’s children’s imprint Star Comics on titles like “Bullwinkle and Rocky” and “ThunderCats.” With writer Dwayne McDuffie, he introduced the Marvel Universe’s clean-up crew Damage Control in 1988. 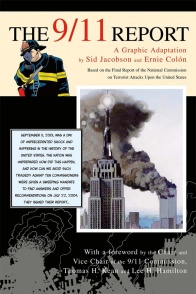 In later life, Colón moved into drawing non-fiction graphic novels, collaborating with his longtime colleague Sid Jacobson (whom he met at Harvey Comics) on illustrated journalism like “The 9/11 Report” (published in 2006) and “The Warren Commission Report: A Graphic Investigation Into the Kennedy Assassination” (2014). As well as the authorized biography of Anne Frank, they also collaborated on “Che: A Graphic Biography” in 2009.

Colón’s Facebook page stated, “The legacy he leaves behind is astonishing; a 60+ years career in comics, not to mention the work he did in other mediums including painting, writing, sculpting… I don’t think there was anything he couldn’t do. He loved to create — he was always creating. When people asked if he was ‘still drawing,’ he said, ‘No idea what else I would be doing, since I would draw even when not paid for it. (half the story of my life).'”

Writer Alan Brennert shared on Facebook that his friend, writer and editor Martin Pasko, died of natural causes on Sunday, March 10. He was 65. A veteran of both comics and television, Pasko served as story editor on Batman: The Animated Series, for which he received a Daytime Emmy Award for Outstanding Writing in an […]

Richard Sala, the creator of “Delphine,” “Cat Burglar Black,” and “Evil Eye,” has passed away at the age of 61.He was known for his uniquely surreal and stylistic art across a swathe of horror-centric, evergreen titles.According to his professional profile, Sala grew up in Chicago with “a fascination for musty old museums, dusty old libraries, […]