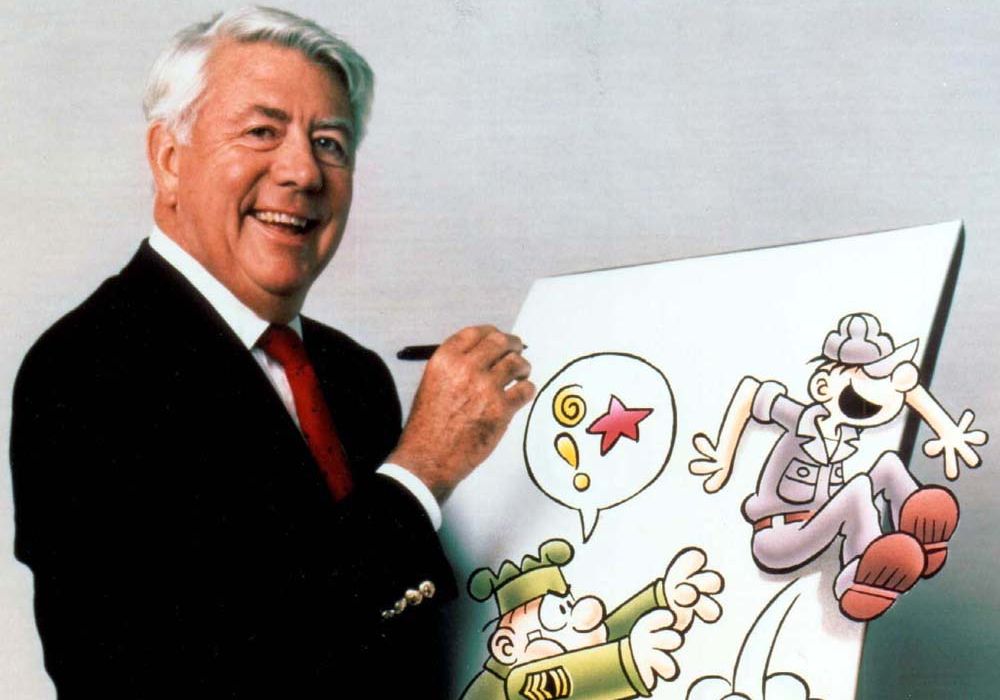 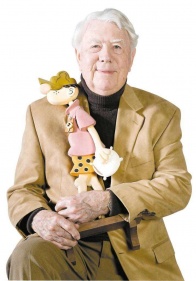 Mort Walker in 2009.
Photo by Kathleen O'Rourke.
Mort Walker, author of the perennial army-themed American newspaper comic, “Beetle Bailey,” passed away earlier today. Walker, who was born Addison Morton Walker in El Dorado, Kansas on September 3, 1923, was a lifelong cartoonist who found syndication by the age of 15.

His World War II service led to him overseeing an Italian POW camp, where he was inspired to begin writing “Beetle Bailey,” about a lazy U.S. Army soldier and his equally-unqualified fellow soldiers at the fictional Camp Swampy. The strip’s uniforms and equipment were never updated, as Walker saw the setting as a vehicle for the dysfunctional exploits of his characters primarily.

His most well-known work outside of “Beetle Bailey” was the spin-off “Hi and Lois,” a family strip that he created in collaboration with Dik Browne (“Hagar the Horrible”). In addition to his cartooning, Walker founded the Museum of Cartoon Art, the first museum in the world to treat cartooning as a serious art form. After opening and closing several times, it shuttered in 2002 for the last time, but its collection lives on as a gallery in a cartooning museum run by Ohio State University.

Walker, who drew each day’s “Beetle Bailey” from its debut in 1950 to the day of his death, longer than any other American cartoonist in the medium, will be remembered as an ambitious, driven man who not only pioneered the “gag-a-day” cartooning style over the serialized works that dominated during “Bailey’s” debut, but created many other cartoons during his life and founded the world’s first cartooning museum.

He died of pneumonia at his home in Stamford, Connecticut. He is survived by his second wife Catherine Carty, and his children from his first and second marriages, including three stepchildren.

Author, game designer, comics fan, cyberpunk. Amy is very bad at writing biographies, but very good at writing everything else. 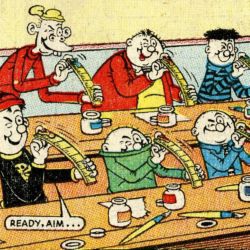 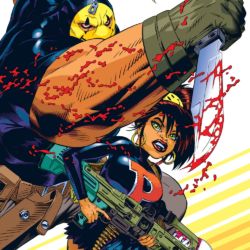 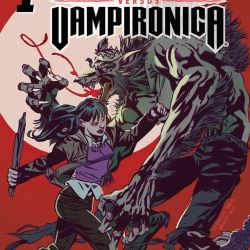