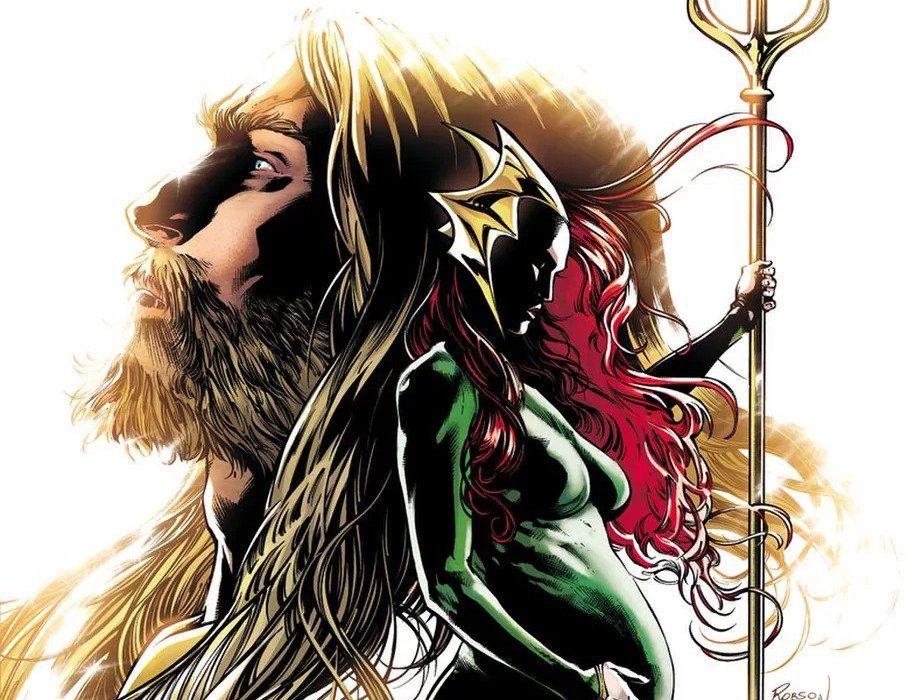 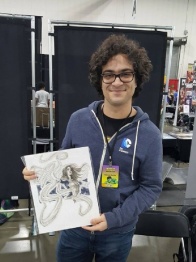 Brazilian website Omelete reports artist Robson Rocha died yesterday, on July 11, 2021, from COVID-19. He had been in intensive care since mid-June at the Hospital Eduardo de Menezes, in Belo Horizonte, Minas Gerais (in southeast Brazil). He was only 41.

Rocha broke into comics in 2010, and penciled ‘New 52’ era DC Comics titles like “Birds of Prey,” “Superboy,” “Batman/Superman,” “Lobo,” and “Earth 2: World’s End.” In 2016, at the start of the ‘Rebirth’ era, he signed an exclusive contract with the company, and went on to pencil “Green Lanterns,” and Kelly Sue DeConnick’s “Aquaman” run, among others. One of his final series was this year’s “Future State: Justice League” #1-2.

When he signed his exclusivity contract, Rocha said, “I’ve been a fan of comic books since I was a child. To have the opportunity to work with the DC characters I admire and love so much is a dream come true. These heroes have helped me believe in a better and much more fantastic world. I hope that my contributions to these characters will help to inspire others.” As well as his DC output, Rocha contributed to Chiaroscuro Studios’ 2017 anthology graphic novel “Dias de Horror,” which was about the trial of a supervillain named Doc Horror.

Rocha is survived by his wife and their young daughter. Tributes have come pouring in on Twitter from fans and colleagues, including DC publisher Jim Lee, who said Rocha “always impressed me with the amazing energy and fluidity of his figurework, the grace of his lines and the power of his compositions. My condolences first and foremost to his widowed wife and daughter, his many peers who admired and respected his talent, and the countless fans around the world who loved and cherished his art.”

Associate editor Andrea Shea said “Robson Rocha was a brilliant artist, a kind man, and a loving husband and father. He was so incredibly loved and will be deeply missed.” Editor Jessica Chen shared, “Robson Rocha had the incredible talent of using his art to express ideas that were trapped between script & words. We both loved horror & snuck that in our projects. My heart is broken & still refuses to believe he is gone now. Comics has lost a great artist & even better friend.” Kelly Sue DeConnick said “I’m still processing all this, I guess, so I don’t have much to say. Trying to figure out what to do, how best to support his family.”

The news comes less than two weeks after Rocha’s friend and colleague tweeted a public request for blood donations. Per CBR, the COVID-19 pandemic has severely reduced the supply of blood in hospitals worldwide, and only roughly 20 percent of the Brazilian population has been vaccinated from the disease. 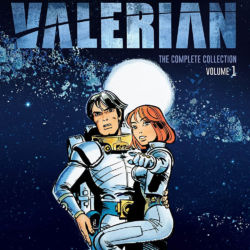 Jean-Claude Mézières, Co-Creator of “Valérian and Laureline,” Dead at 83

French publisher Dargaud states “Valérian and Laureline” artist Jean-Claude Mézières passed away on Sunday, January 23, aged 83. Mézières drew the sci-fi adventure comic, which he created with writer and childhood friend Pierre Christin, from its debut in 1967, until its conclusion in 2018. He was also well known for his work in the film […] 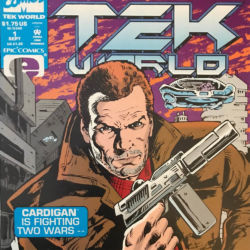 ICv2 reports (via Mark Evanier) that author and pop culture historian Ron Goulart died on Friday, January 14, a day after his 89th birthday. Goulart wrote many mystery, fantasy, and science fiction novels under various pseudonyms, including the Marvel Novel Series in the late 1970s (as “Joseph Silva”), and William Shatner’s TekWar series (published under […] 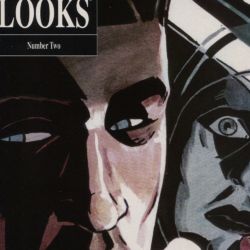 Andrew Vachss, an activist, novelist, essayist and comic book writer who dedicated his career to fighting against and detailing the abuse of children, died on November 23 last year. He was 79. His death, reported by the New York Times, was confirmed by his wife, Alice Susan Vachss. A real-life lawyer who specialized in abuse […]