In case you missed it, AfterShock announced “Lonely Receiver” by Zac Thompson and Jen Hickman. 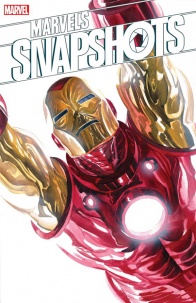 – Marvel’s “Conan the Barbarian” writer Jason Aaron confirmed he will reunite with artist Mahmud Asrar and colorist Matt Wilson for “King Conan” later in 2020. “With this new series, I’ll again be looking to cover a few different eras of Conan’s long, sordid life, including one period that’s never fully been explored,” he said. Aaron, Asrar and Wilson recently concluded the initial 12-issue arc of the main series, ‘The Life and Death of Conan,’ and today’s issue #13 marks the first chapter from the new creative team of writer Jim Zub and artist Roge Antonio.

– Mark Waid was named Publisher at Humanoids and revealed to be the writer behind the company’s Free Comic Book Day story, “The Incal.” In the role of Publisher, Waid will be overseeing the creative, editorial, marketing and sales departments, as well as furthering the company’s relationship with retailers and librarians. Waid’s “Incal” story will see him paired with artist Stephanie Roux as the publisher starts their celebrations for the 40th anniversary of Alejandro Jodorowsky and Moebius’s “The Incal.” The celebrations also include the publication of “The Seven Lives of Alejandro Jodorowsky” from Vincent Bernière & Nicolas Tellop and a rerelease of “The Incal,” featuring an introduction from Brian Michael Bendis. Humanoids also has plans to publish:

“We Are Humanoids featuring The Incal” will be released on Free Comic Book Day, May 2.

– IDW announced “Chained to the Grave,” a five-issue western from writers Brian Level (“Thanos,” “Deadpool”) and Andy Eschenbach (Heavy Metal), and artist Kate Sherron (“Rugrats”). A supernatural adventure, the comic sees outlaw Roy Mason reawakening after death, chained to the headstone that marked his grave, and seeking treasure while trying to do right by the wife and children he left behind. The publisher also announced John Layman and Nick Bradshaw’s “Bermuda” will start in May, and a new Canto one-shot by David Booher and Drew Zucker, “Canto and the Clockwork Fairies.”

– When They See Us star Freddy Miyares was cast in the upcoming HBO Max pilot DMZ. Miyares will be a series regular in the role of Skel, a gunman in one of the DMZ’s most powerful gangs as well as a talented graffiti artist. Miyares joins previously announced cast members Rosario Dawson and Benjamin Bratt. DMZ will be an adaptation of the comic of the same name by Brian Wood and Riccardo Burchielli, where America is entrenched in a civil war and Manhattan has become a demilitarized zone.

– Deadline revealed actor Carl Lumbly (Supergirl, Justice League) has been cast in The Falcon and the Winter Soldier in an unknown role. The Disney+ series will premiere sometime in August 2020.

– Lastly, Vanity Fair France reported last month that a new theme park called Imagiland will be built in Angoulême. Set to open in 2023, the park will feature popular Franco-Belgian comics characters like Marsupilami, Valérian, and Yakari. Local officials hope the park will boost tourism outside the annual International Comics Festival.