In case you missed it:

– Plus we have an exclusive preview of next week’s “Amazing Mary Jane” #1.

– ComiXology Originals announced three new titles, including “Jose and the Pussycats in Space.”

– Marvel “Fairy Tales” artist Ricardo Tercio passed away at the age of 43. 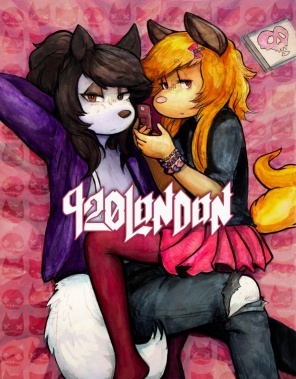 And in the day’s other news:

– Image announced that “The Pervert” artist Remy Boydell is returning for a new graphic novel in April 2020. Titled “920London,” the new book will tell the story of “a doomed romance between two emo kids, set in London in 2005.” You can learn more about “920London” at Image’s website.

– The Hollywood Reporter shared the first covers and solicitations for James Tynion IV and Tony Daniel’s upcoming “Batman” run. If you’re into Batman, Deathstroke, and/or Cheshire, you’ll want to click over to The Reporter and take a look at what’s headed the Dark Knight’s way in 2020.

– Dark Horse announced new entries in their Disney/Pixar “The Story of the Movie in Comics” line, including graphic novel adaptations of Onward, Alice in Wonderland, The Incredibles, and Mulan, among others. You can check out the full list of 2020 releases at DarkHorse.com.

– Marvel Comics is re-releasing the digital-first and already-collected-in-print “Jessica Jones: Blindspot” series as single issues. Newsarama has more on the release, including solicitation text and release dates for the first two issues.

– “Hellboy”‘s Mike Mignola is partnering with Ben and Max Berkowitz of Not a Billionaire and Starburns Industries to create a new live-action show titled The Forever House. Deadline says the show “will encapsulate the feeling of an ancient tale told by the fire as we explore the disturbing and the macabre from the mind and sketchbook of Mike Mignola.”

– Variety reports that HBO Max will carry the entire line of Studio Ghibli films when it launches in spring 2020, marking the first time many of those movies will appear on a streaming service.

– Collider says that screenwriter Jade Bartlett has been brought on to pen Doctor Strange and in the Multiverse of Madness, which is still slated for a May 2021 release.

– And finally, director Matt Reeves cast Paul Dano as The Riddler in Warner Bros. forthcoming The Batman movie. The Hollywood Reporter has a rundown of all The Batman casting news to date. Dano will be the first actor to play Riddler on the big screen since Jim Carrey in 1995’s Batman Forever.