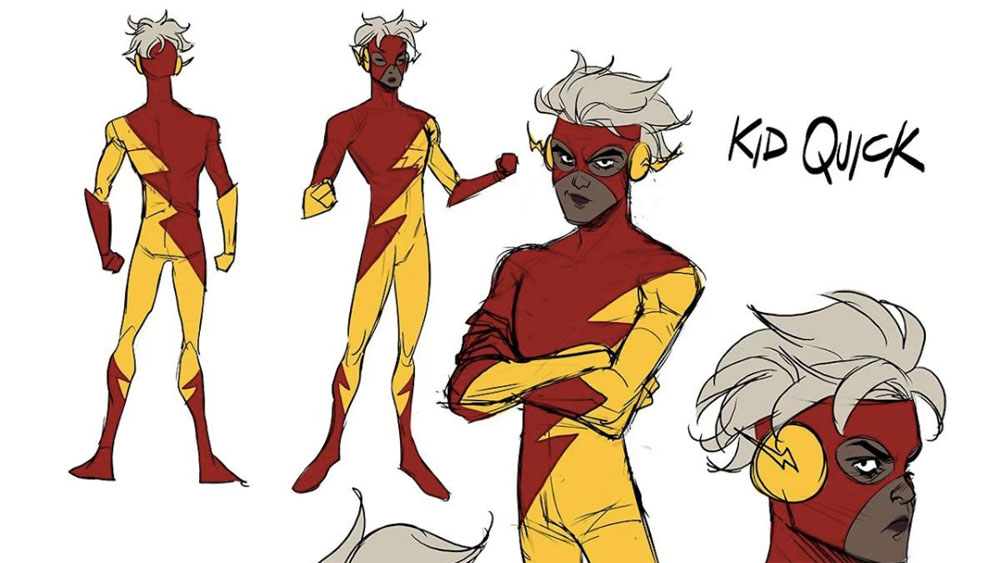 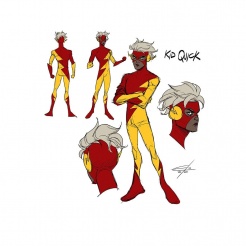 – DC Comics have revealed that the latest member of the Flash Family, Jesse Chambers, is a non-binary superhero who will make their way into the DC Universe during the upcoming ‘Future State’ event. Chambers will make their first appearance in the upcoming “DC’s Very Merry Multiverse” holiday special as the nephling of speedster Jesse Quick on Earth-11, a gender-swapped universe in the DC multiverse. The character is then set to travel to the mainline DCU’s future as a part of “Future State: Justice League” by Joshua Williamson and Robson Rocha. Jesse Chambers will be one of the few non-binary characters in the DCU alongside Aerie from “Suicide Squad,” Ystin from “Demon Knights,” and Kani from “Secret Six.”

– Koyoharu Gotouge, the creator of “Demon Slayer: Kimetsu no Yaiba,” won the second annual Noma Publishing Culture Awards this Monday. The award commemorates the rampant success of his series, which has reportedly become the second highest-selling manga (after “One Piece”) since it began in 2016. “Demon Hunter” has reportedly sold over 100 million volumes, launching an anime adaptation, manga tie-in series, video games and novels. Previous Noma Publishing Culture Award winners include manga publishers Ribon and Nakayoshi.

– Rumiko Takahashi was also awarded this week, receiving the Autumn 2020 Medal with Purple Ribbon from the Japanese government for contributing to “academic and artistic developments, improvements and accomplishments.” Prior winners of the award, which dates back to 1991, include anime director Keiichi Hara in 2018, and manga creator Osamu Akimoto in 2019. Takahashi is known for her manga “RIN-NE,” “MAO,” “Rumic Theater,” “One-Pound Gospel” and “Urusei Yatsura.” She has been making manga professionally for the last 32 years.

– Steve Bell, a cartoonist for the UK Guardian, was was accused of being antisemitic for a satirical cartoon last Thursday. Bell’s image portrays the previous leader of the Labour Party, Jeremy Corbyn, having his head presented on a silver platter by his successor Keir Starmer, in the style of Caravaggio’s Renaissance painting Salome with the Head of John the Baptist. The cartoon, which was published after Corbyn was suspended from the party after criticizing the findings of the Equality and Human Rights Commission’s report on antisemitism under his leadership, was was also called insensitive after October’s spate of terror attacks — some of which have involved beheadings — in France. A Guardian spokesperson told Jewish News that “The Steve Bell cartoon published portrays his observation on the recent events in the Labour party.”

– Comic creator Edo Brenes and animation artist Arik Zurabian are set to release their indie video game Dude, Where is My Beer? on November 5. Brenes is the winner of the 2019 Observer/Cape/Comica Graphic Short Story Prize, and the creator of “Blackberry Cheers.” He is co-producing the game, with the point-and-click adventure game being rendered in his art style. The game retails for US$14.99 on Steam, and follows one man’s mission to find a Pilsner to drink in the bars of Oslo, Norway, despite the overwhelming presence of hipster craft beers and gentrification. The game also features a soundtrack by David Børke.

– The BMW subsidiary Mini have showcased a new Flash-themed Mini Electric to celebrate the hero’s 80th anniversary at the Lucca Changes 2020 comic con in Tuscany. Carmine Di Giandomenico, who has illustrated 34 issues of “The Flash” in the past, and was recently dubbed “the fastest cartoonist of the world,” designed the painted pattern. The car homages Carmine Infantino’s “The Flash” #123 cover, depicting Jay Garrick on one side and Barry Allen on the other.

– Kristen Gudsnuk’s “Henchgirl” series is set to be adapted for TV at Freeform. Gudsnuk will be working alongside writer Alex Ebel and showrunner Lindsey Shockley to bring the series to life. The comic follows Mary Posa, a girl stuck in a dead-end job with horrible coworkers and a demanding boss, but it just so happens that her job is henching for a super-villain. The webcomic ran for six issues, and was published by Dark Horse, but the show will be produced by Scout Comics & Entertainment. The series is currently uncast and without a premiere date.

… And remember that if you’re reading this from the US, today is your last chance to get out and vote. Make your voice count! 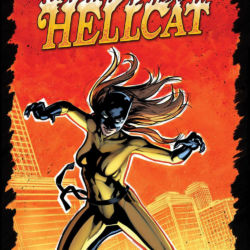 Welcome back to The Rundown, our daily breakdown on comic news stories we missed from the previous day. Have a link to share? Email our team at rundown@multiversitycomics.com.– Marvel Comics announced a five-part “Hellcat” miniseries, written by Christopher Cantwell with art by Alex Lins (“New Mutants”). Picking up from Cantwell’s “Iron Man” run, where Hellcat […] 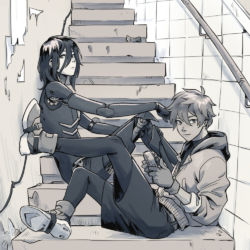 Welcome back to The Rundown, our daily breakdown on comic news stories we missed from the previous day. Have a link to share? Email our team at rundown@multiversitycomics.com.– First Second Books acquired a new young adult graphic novel called “Terminal Hope” by cartoonist Michelle Wong (“The Legend of Korra: Ruins of the Empire”). “Terminal Hope” […] 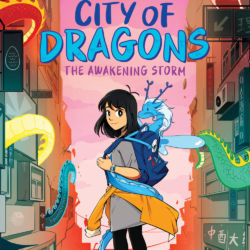