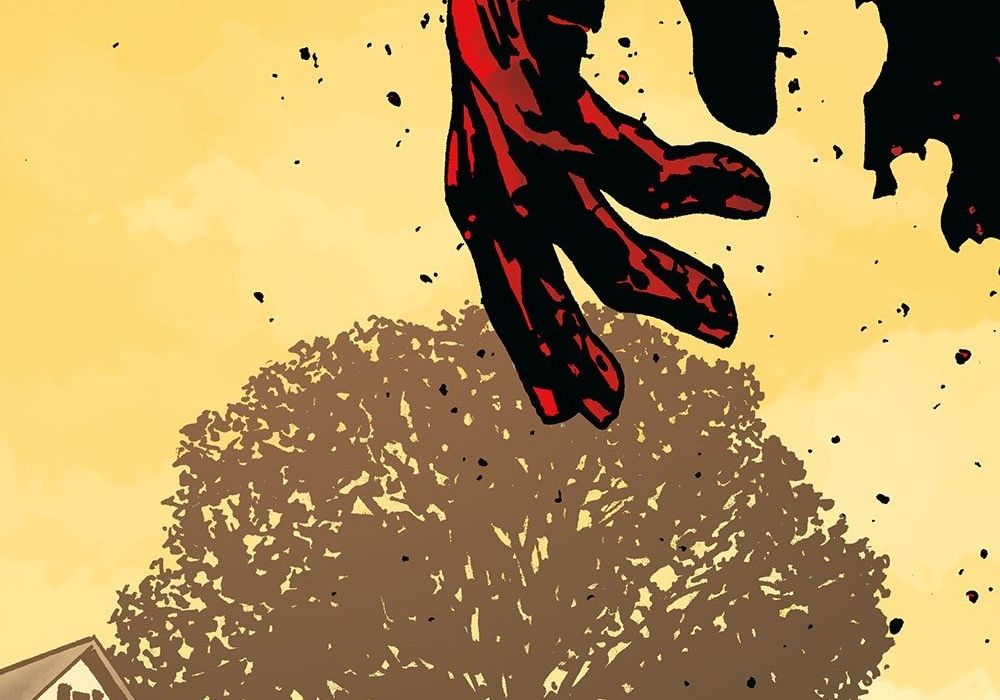 According to multiple sources, this week’s issue of “The Walking Dead” will be the last. After 16 years and 193 issues, Robert Kirkman and co.’s mega-hit zombie horror series is coming to an end – with little to no advance warning.

Bleeding Cool first ran the news that “The Walking Dead” would end this week, with Newsweek confirming the report earlier today. The surprise finale is the latest in a series of unconventional (and quite frankly, neat) publishing moves from Kirkman, including last year’s day-of-launch announcement of “Die! Die! Die!”

According to Bleeding Cool, the back of this week’s issue contains a farewell letter from Kirkman, in which he says that he will miss the series, but loved “The Walking Dead” “too much to stretch things out until it doesn’t live up to what I want it to be.” The writer himself took to Twitter yesterday to note that details from the issue were likely to begin leaking soon, so you’ll want to stay away from the internet if you want to read the finale unspoiled.

Details about this issue will more than likely start to leak today. If you’d prefer to not be spoiled, I would recommend being very careful online until the issue is released Wednesday. It’s a big issue in more ways than one. #understatementoftheyear pic.twitter.com/xSAr3EjR75

According to Newsweek, comic shops were not told about the surprise finale ahead of time. In fact, “The Walking Dead” is solicited through September (likely in an attempt to fuel this week’s surprise). So if you’re planning to pick up this week’s issue, you’ll want to line up early at your local shop.

Image Publisher Eric Stephenson issued a statement to Bleeding Cool seemingly confirming the finale news, and summing up “The Walking Dead”‘s impact on the comics industry and the book’s audience.

“Robert Kirkman has told one story and told it well for over 15 years, and while most comics are based on the illusion of change, ‘The Walking Dead’ has happened in real time – characters have age[d] from children to adults, they’ve lost limbs, they’ve lost eyes, they’ve lost family members and friends, they’ve died,” said Stephenson. “The series is concluding with the same finality and while that will no doubt be disappointing for some, in the big scheme of things, it’s a remarkable achievement for Robert and his collaborators.”

You can (hopefully) find “The Walking Dead” #193 in stores tomorrow.